Aussies Abroad: Behich, Mebrahtu, Djite and Giannou all on target

A number of Australian players were in action overnight, with Aziz Behich, Bruce Djite, Gol-Gol Mebrahtu and Apostolos Giannou all scoring for their respective clubs. 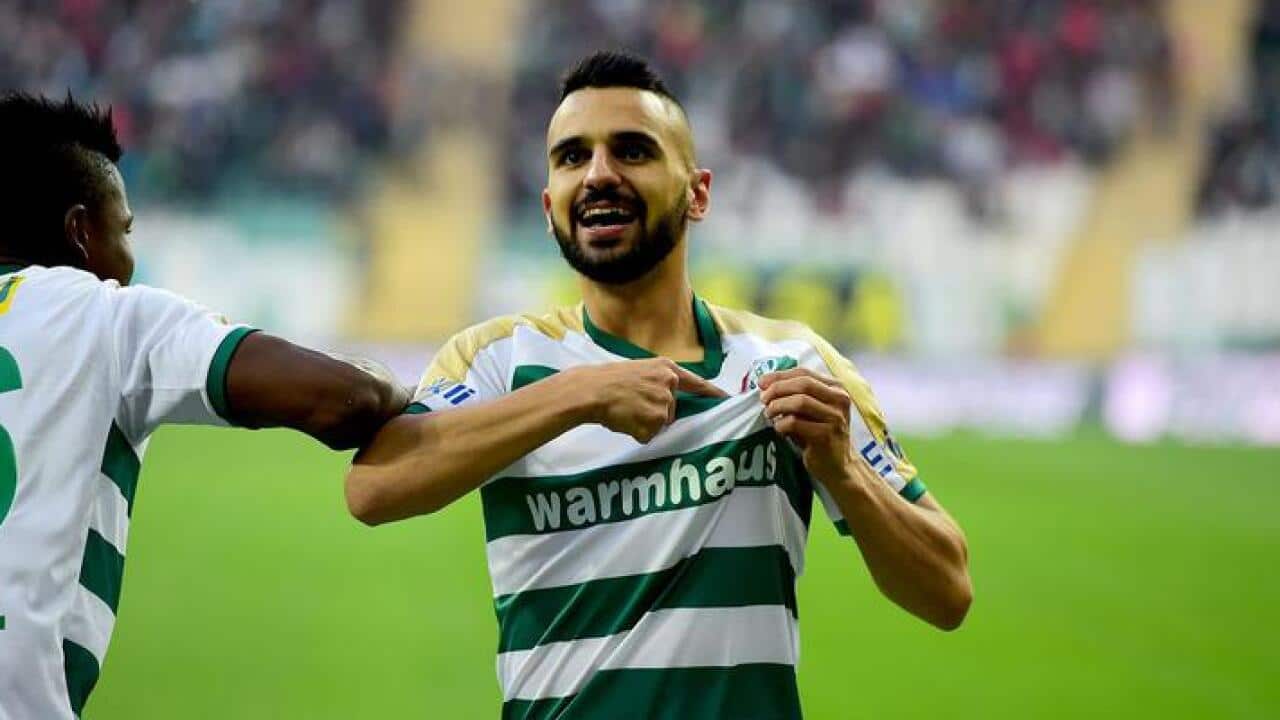 Socceroos left-back Aziz Behich scored an incredible goal as his side Bursaspor defeated Antalyaspor 4-0 in the Turkish Super Liga.


It's the second goal of the season for the former Melbourne Heart defender. Behich has started every game this season with his side sitting in seventh place after 10 matches.

Advertisement
Another in-form Aussie is former Melbourne Heart and Western Sydney Wanderers striker Gol-Gol Mebrahtu, who scored his sixth goal in his last four matches, as his side Mladá Boleslav beat FC Vysocina Jihlava in the Czech Republican first division.

The 27-year-old has scored eight goals in 14 matches this season, with his side sitting in 10th position.

Mebrahtu, who is yet to make his senior international debut, missed out on Ange Postecoglou's 30-man Socceroos squad that was announced last Wednesday, as did Apostolos Giannou who hasn't been called up for the national team since late 2016.

The Greek-born striker has been lacking game time at his Chinese Super League side Guangzhou R&F, but he made the most of his brief appearance overnight, scoring twice in a 16-minute cameo as his side defeated Tianjin Teda 3-2.


Postecoglou will be pleased to see that central-midfielder Mile Jedinak made his comeback from injury, coming on in the 60th minute for Aston Villa against rivals Birmingham City.

Despite only playing 30 minutes, Jedinak was described as "excellent" by Villa boss Steve Bruce.

Jedinak's former team-mate at Turkish side Gençlerbirliği, Bruce Djite was also among the goals, scoring a smart header in Suwon FC's 4-0 win over FC Anyang in the South Korean second division. The former Adelaide United target man has scored five goals in 25 matches this season.

Despite having more possession and shots on target, Karabükspor went down 1-0 to Sivasspor thanks to a goal from former Everton striker Arouna Kone.


Karabükspor sit in 16th position on the table, placing them in the relegation zone after 10 matches.