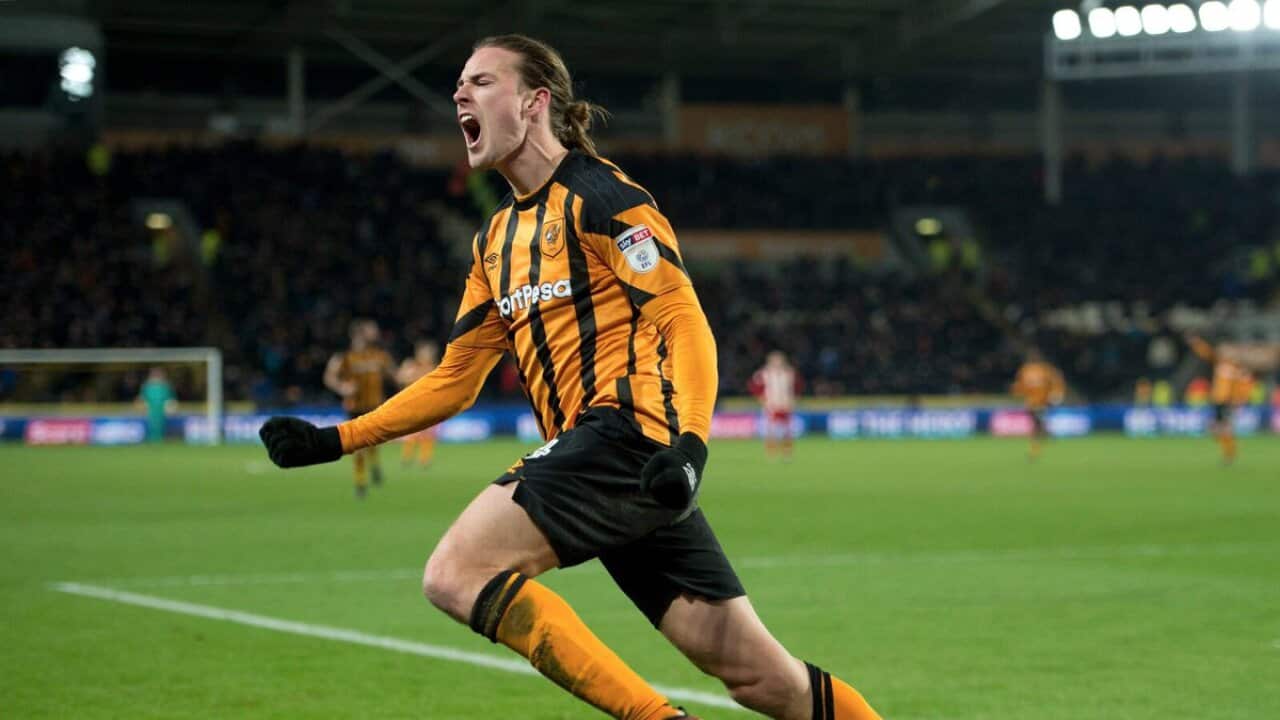 Irvine fired home his first Championship goal for Hull to wrap up a maiden win for new coach Nigel Atkins.

After the visitors went ahead though David Meyler's own goal in the 47th minute, Hull responded with a crisp drive from Kamil Grosicki.

Advertisement
John Egan set up a nervy finish with three minutes remaining but Hull held on to bolster their survival hopes following the departure of Leonid Slutsky.

Socceroos teammate Robbie Kruse also found his way onto the scoresheet for German 2 Bundesliga side VFL Bochum as he struck the winning goal in his side'a 1-0 victory against Jahn Regensburg.

Kruse used his pace to break away in a slick counter attacking move before firing home a seventh minute goal.

It was the former Bayer Leverkusen player's fourth goal of the season and helped lift his side Bochum to eight on the German second division ladder.

Another Australia star in action on Saturday was James Meredith, whose Millwall side battled for a goalless draw at Aston Villa, who were missing injured Socceroos captain Mile Jedinak.

Kemar Roofe netted a hat-trick to give Leeds a 3-1 victory at struggling QPR, who had Socceroos midfielder Massimo Luongo booked.

Rukavytsa showed the form which helped him become a bolter in Ange Postecoglou's squads for the crunch World Cup playoffs against Syria and Honduras to beat the keeper in the 67th minute.

It was the former Hertha Berlin and Western Sydney Wanderers player's 4th goal of the season.

In Austria Jimmy Jeggo played 90 minutes in Sturm Graz's 3-2 win against St. Polten, while compatriot James Holland also played the entire match for LASK Linz in their 2-1 win against Admira.