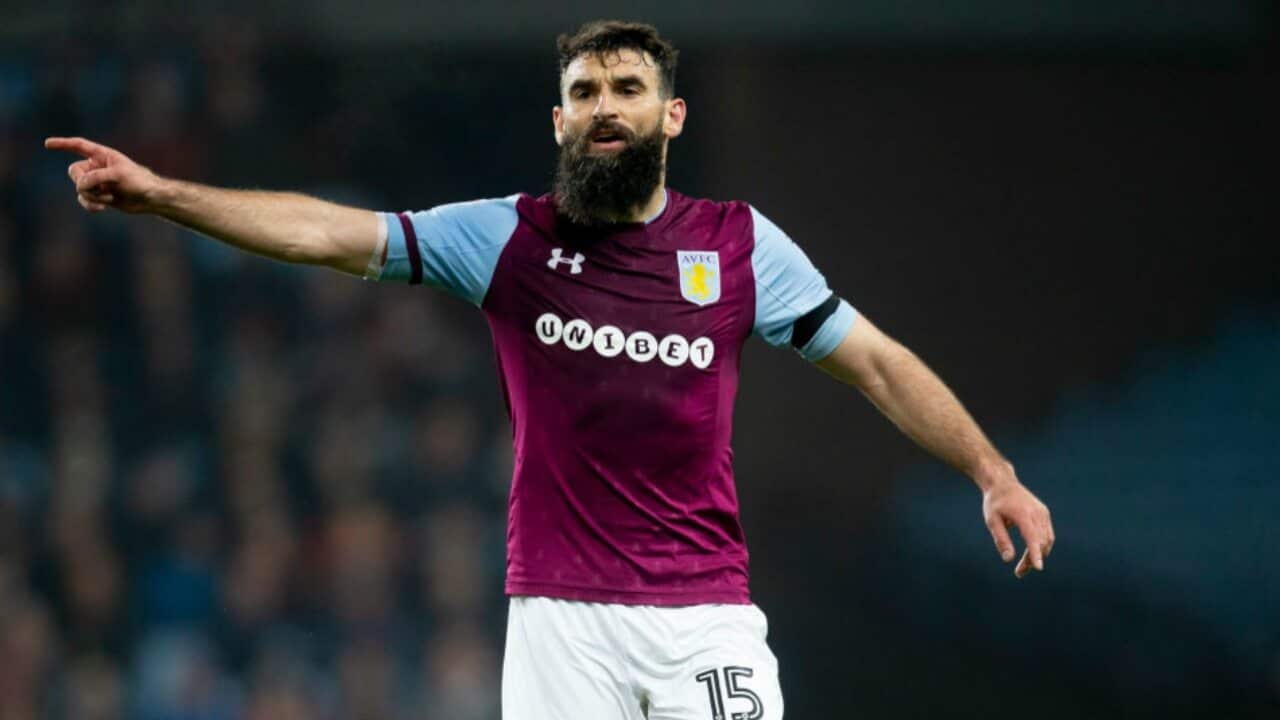 With Prince William in attendance, fourth-placed Villa consolidated their play-off position with a win which saw Cardiff, the long-time occupiers of second spot, move outside automatic promotion.

A stunning 25-yard volley by Jack Grealish five minutes from time was the difference at Villa Park.

Jedinak had played just 62 minutes in the Championship since March 13, but was called up out of position after former England captain and experienced centre-back Terry was forced out with an ankle injury.

Advertisement
Jackson Irvine also enjoyed 90 minutes for Hull City, with the 25-year-old grabbing an assist in a 5-0 win over former club Burton Albion.

Two goals from Kamil Grosicki, one from Harry Wilson, a David Meyler penalty and Will Keane's tap-in secured victory for Hull to all but banish their relegation fears and shove Burton closer to League One.

Meanwhile, Millwall made it 16 games unbeaten to leap into the playoff zone with a 2-0 win over Bolton at The Den.

Ben Marshall set up the first for Tom Elliott to head home and then rifled in the second after a lightning counter-attack.

Tim Cahill came off the bench with five minutes remaining in the match but was unable to add to the Lions' lead.

The Matildas assumed top spot in their AFC Women's Asian Cup group with a one-sided 8-0 rout of Vietnam in Amman.

Kyah Simon, Alanna Kennedy, Chloe Logarzo and Emily van Egmond ensured the match was effectively over as a contest by the half-hour mark, before Sam Kerr's double, Hayley Raso and a Vietnamese own goal completed the tally.