Socceroos striker Tomi Juric has continued his fine form in front of goal netting a brace for Swiss club side Luzern in a big night of action for our overseas Aussies. 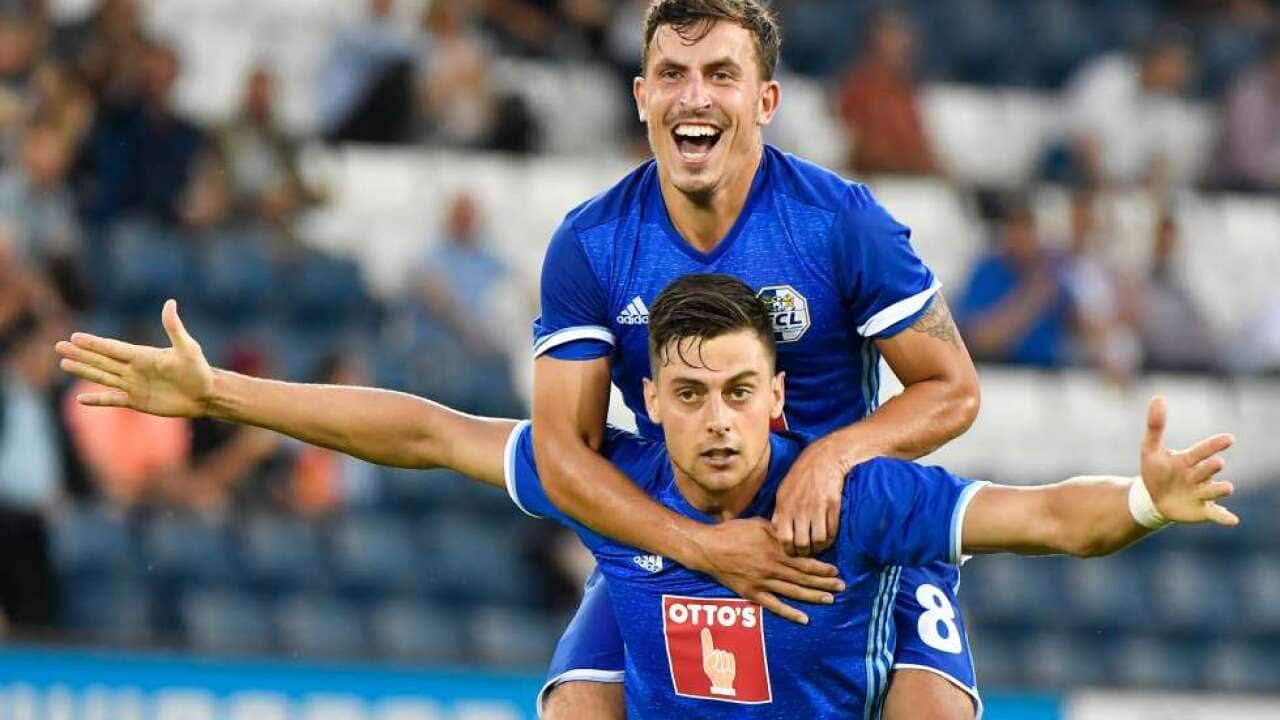 Juric struck with goals in both the first and second half but it wasn't enough to earn his side the win as they went down 3-2 to Lausanne.

the 26-year-old scored a penalty in the 11th minute before doubling his tally after 60 minutes with a clinical finish.

The former Wanderers player could've been the hero for Luzern and notch an incredible hat trick when he stepped up to take a penalty in the 82nd minute. However, Juric couldn't replicate his earlier luck from the penalty spot as his effort was saved.

It was a tough night at the office for Jones whose 87th minute blunder led to Breda's second goal.


Birighitti on the other hand played one of his best performances since making the move from Swansea on deadline day. The 26-year-old saved a penalty and kept a clean sheet to ensure his side took home all three points against the reigning Eredivisie title holders.

Mathew Leckie was unable to continue his incredible goal scoring streak for German club side Hertha Berlin during their 1-0 loss to Mainz.

Leckie played 72 minutes before being substituted.

Mitch Duke and Milos Degenek both started in the Japanese J1 league, with Duke starting on the right wing before being substituted after an hour with his side going down 3-1 to Sanfrecce Hiroshima.

Milos Degenek’s Yokohama Marinos also came out second best with the Socceroos defender substituted early in the second half of the 2-3 defeat.

An array of Aussies were in action in Korea overnight, with Connor Chapman’s Incheon United going up against Matthew Jurman’s Suwon Bluewings with the pair both playing 90 minutes as they shared the spoils in the 1-1 draw.

Tomislav Mrcela played a full match for Jeonnam as they suffered a 1-0 defeat while Aleksandar Jovanović  was in central defence for Jeju United during their 2-2 draw with Sangju Sangmu.

Awer Mabil featured again for Pacos de Ferreira, playing his fifth game of the season as he came off the bench in the 61st minute against Portuguese powerhouse Benfica, as they went down 2-0 in Lisbon.

Tom Rogic wasn’t the only Australian to score in Scotland with former Socceroo Scott McDonald finding the net for Dundee United as they beat Greenock Morton in the second tier, while Ryan Edwards played a full match for Partick Thistle against Hearts in a match that finished level 1-1.