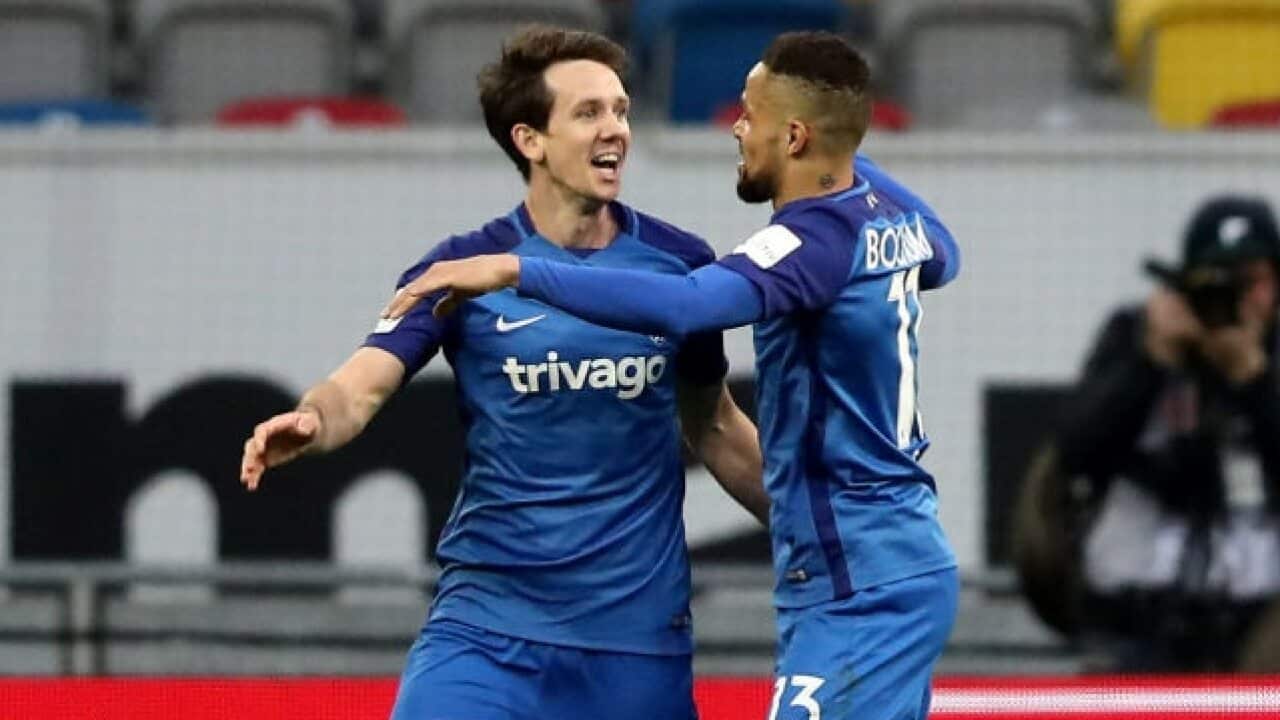 The pacy attacker used his speed to full effect to break past a high Fortuna defensive line and slide the ball under the diving goalkeeper midway through the second half to secure victory for his German club side.

It was Kruse's fifth goal of the season for Bochum who sit in sixth spot on the ladder.

Mat Ryan and Aaron Mooy went head to head in the Premier League overnight with Huddersfield forced to settle for a 1-1 draw against a 10-man Brighton.

Advertisement
Ryan's Seagull's were forced to fight to dig deep when Davy Propper was sent off in the 74th minute.


However, Mooy's Terriers lacked bite and were unable to find a match winner.

Both teams have a tough run going into the final weeks of the season with 16th-placed Huddersfield four points clear of relegation, while Brighton are seven points clear in 13th spot with six games yet to be played.

It was also a big night in England's Championship for Australia's overseas-based players.

James Meredith has gone from strength to strength this season and delivered yet another 90-minute performance for Millwall as they defeated Socceroos team mate Bailey Wright's Bristol City 2-0 at The Den.

Tim Cahill was once again a late substitue for the Lions, the Socceroos great coming on in the 83rd minute as his Millwall side stretched their incredible unbeaten streak to 15 games.

Wright, Bristol City's captain, was named on the bench for the match but didn't see any action.

The result has lifted Millwall to one point outside the Championship playoff spots while Bristol City's Premier League hopes are in trouble with the team now four points outside the top six.

Massimo Luongo had a rare off night for QPR as they suffered an embarrasing 4-0 defeat to Jackson Irvine's Hull City.

Luongo started the match and played the full 90 minutes but couldn't inspire his side against a fired up Hull outfit.

Socceroos midfielder Irvine was a second-half substitue in the match, coming on in the 59th minute with his Tigers side already up 2-0.

Irvine was given a yellow card in the closing stages of the match but it wouldn't take the lustre off an impressive Hull performance.

And in Norwich, Socceroos captain Mile Jedinak was an unused substitute as his Aston Villa side suffered a 3-1 loss to Norwich City.

Maclaren was unable to continue his goalscoring exploits from Hibs' last match and was substituted in the 56th minute.

Andrew Nabbout has helped Urawa Red Diamonds to their first win of the J-League season with a solid cameo performance as they downed Vegalta Sendai 1-0 at Saitama Stadium.

Nabbout came on in the 62nd minute for Urawa as they clung onto a 1-0 lead after Shinzo Koroki struck only five minutes into the contest.

It was a morale-boosting result for Urawa who had lost three times and drawn twice from their previous five matches to leave them languishing at the bottom end of the J-League ladder.

Finally, it was a return to the winners circle for the Harry Kewell-led Crawley Town.

Crawley notched a 2-1 victory against Port Vale to move into 12th spot on the League 2 ladder.