Socceroos midfielder Massimo Luongo has helped QPR secure a vital three points with a goal in their 3-1 win against Championship stragglers Burton Albion. 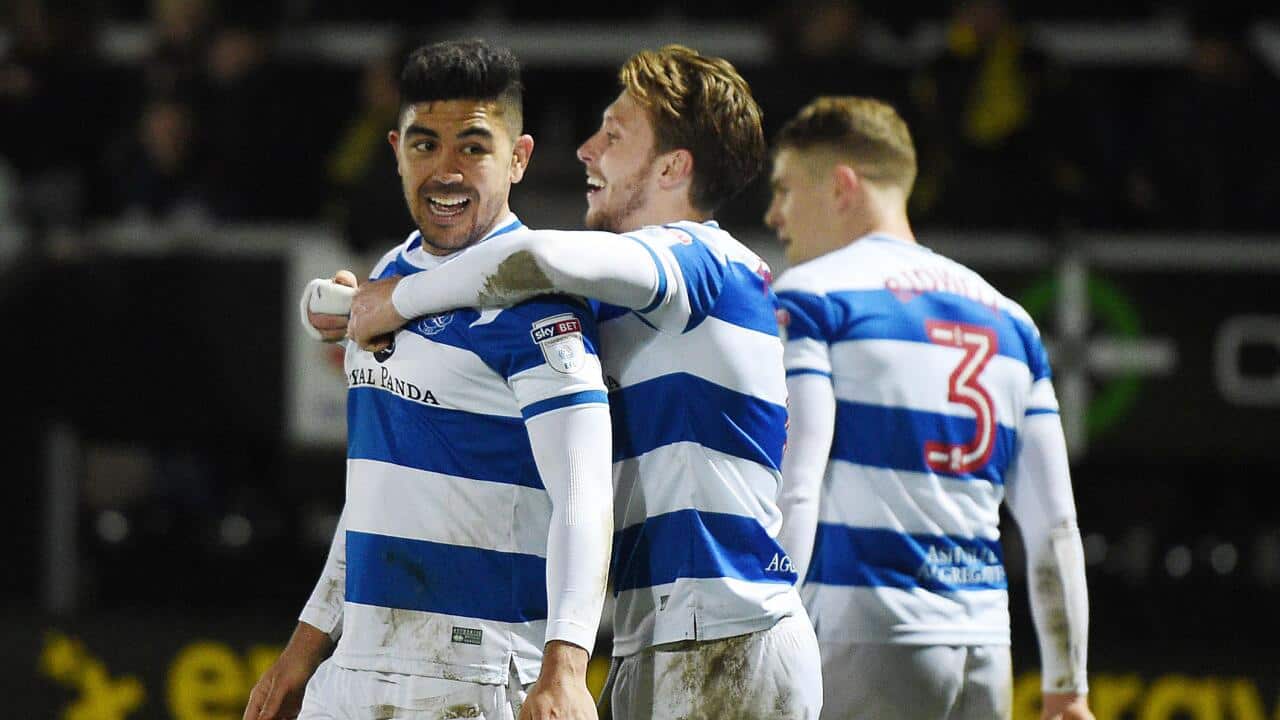 The 25-year-old found the back of the net in the 87th minute for QPR to cap off an impressive 90 minute performance.

Combining with Connor Washington on the left, Luongo fired home through traffic from just inside the 18-yard box.

The goal wrapped up the victory for QPR after starting the second half deadlocked at 1-1 with Burton, with Washington also finding the net for the London based side.

Advertisement
QPR move to 14th spot on the Championship ladder after the win and will hope to continue their good run of results when they play Middlesbrough next week.

In other Championship action, Bristol City's Australian captain Bailey Wright was unable to help his side avoid a 1-0 defeat at Norwich.

It has been a tough week for the Robbins who lost 2-1 to Manchester City in their EFL Cup semi-final first leg on Wednesday.

Bristol City appeared headed for a 0-0 draw before a 79th minute winner from Norwich's James Maddison.

The loss has put a major dent in Bristol City's Premier League promotion hopes with the team sitting in fifth spot on the ladder.

Wright's side will have a chance to bounce back in their next fixture against second place Derby County.

Socceroos midfielder Jackson Irvine has been given a new lease of life under Hull City's new coach Nigel Adkins, but he was unable to find a winner as his Tigers played out a scoreless stalemate with Reading.

Irvine was introduced in the 65th minute but could not find the back.

In Germany Mathew Leckie returned to action with Hertha Berlin after the Bundesliga winter break playing 90 minutes in his side's 1-0 defeat to Stuttgart.

An own goal to Hertha defender Niklas Stark only 11 minutes from time proved costly for the visitors as Stuttgart clung on to claim all three points.

The defeat has caused Hertha to drop to 11th on the Bundesliga ladder but Leckie's side will have a chance to atone when they take on Borussia Dortmund on Saturday.

Ryan Williams put on an impressive performance and even jagged himself a goal for Rotherham United as they played out a 1-1 draw with Oldham Athletic in England's League One.

Williams found the back of the net after only seven minutes before being substituted in the 83rd minute.