Awer Mabil has continued his outstanding form for Danish side Esbjerg, scoring once and assisting twice in a 3-0 victory, while Chris Ikonomidis and Brad Jones also produced impressive performances. 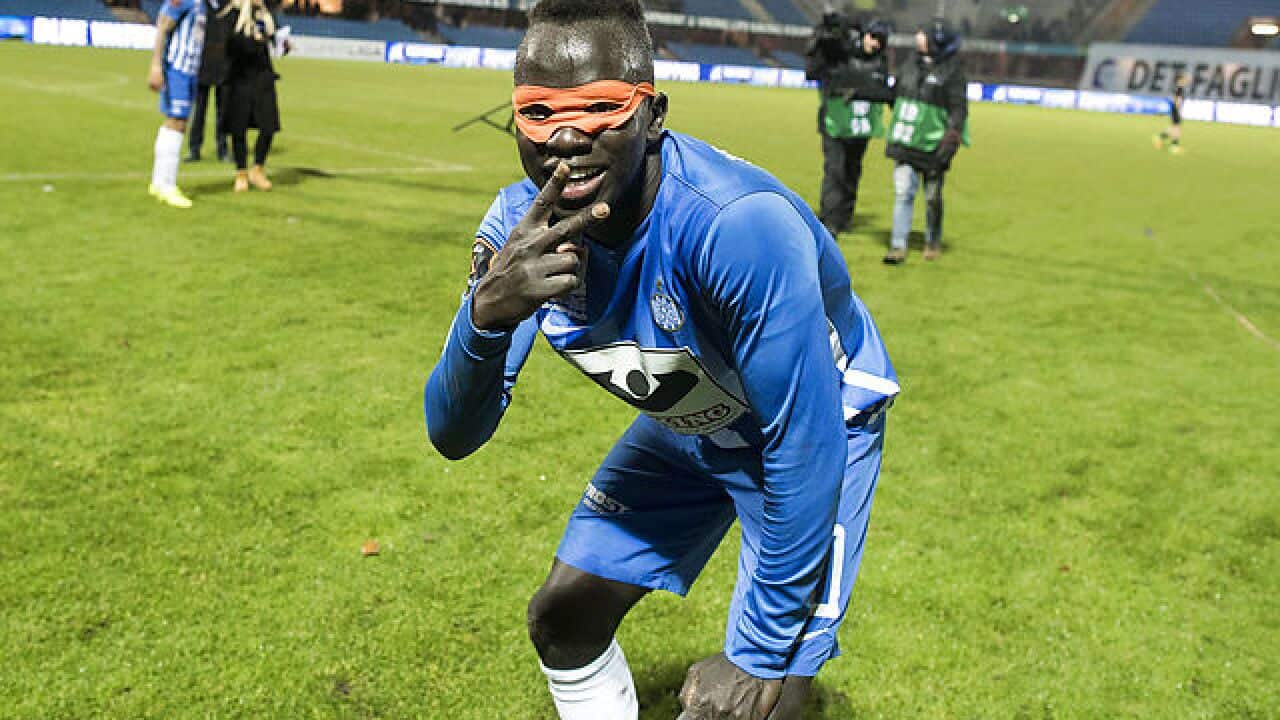 The former Adelaide United winger has now scored twice, and assisted four times, in his last five matches for the relegation-threatened Esbjerg.

Up against sixth-placed SoenderjyskE, Mabil produced a cunning back-heel for the first assist, and then later a classy through-ball for the third goal.

Mabil, 21, was on target as well in the man-of-the-match performance, tapping the ball home at the far post in the 81st minute. It was his third goal in nine starts to go along with his six assists.

Advertisement
Mabil produced a small mask as part of his celebration which he explained after the match.

"I got it when I was on holiday at home in Australia in December. My little brother is a big Ninja Turtles fan, and I promised to wear it when I scored," said Mabil to Esbjerg's website.

Also in Denmark, Chris Ikonomidis was on target as his side, AGF, went down 2-1 to AaB, meaning he and teammate Mustafa Amini could face Mabil's Esbjerg in a relegation play-off in five weeks' time.

Elsewhere, Brad Jones kept another clean sheet, his 14th in 22 matches this season, as Feyenoord won 1-0 over ADO Den Haag. Feyenoord are on course to win the Eredivise title, five points clear at the top with 13 matches remaining.

Mat Ryan was in goal for Genk in their 1-1 draw with Sporting Charleroi. Jason Davidson, Ajdin Hrustic and Kenneth Dougall were all on the bench as Sparta Rotterdam and Groningen played out a 2-2 draw.