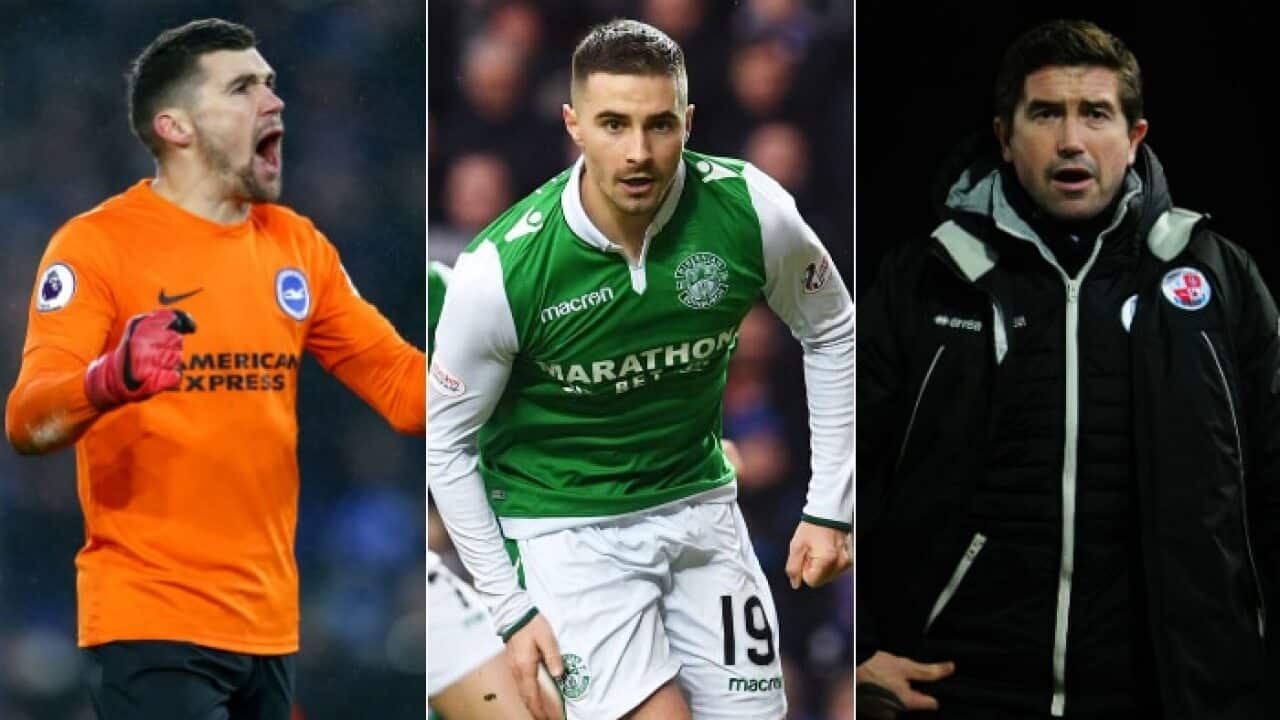 Maclaren, on loan from German outfit Darmstadt, came on in the seventh minute and could have had a double before the break if not for some impressive goalkeeping and a disallowed goal.

However, it didn't deter the 24-year-old in the end, as the former Brisbane Roar striker struck from the penalty spot to secure Hibernian an impressive 2-1 victory over Scottish Premiership giants Rangers.

League Two side Crawley Town continued their mid-season resurgence under Kewell on Sunday (AEDT) with a 2-1 win away to Chesterfield.

Crawley have now won six of their past seven league matches as Kewell's men sit 12th in league standings, six points outside the final playoff place.

Socceroos goalkeeper Mathew Ryan featured between the sticks for Premier League side Brighton and Hove Albion in a deserved 3-1 win over West Ham United.

Ryan's feats, alongside goals to Glenn Murray, Jose Izquierdo and Pascal Gross, lifted the Seagulls up to 13th in the process, three points above the relegation zone.

The same cannot be said for fellow Socceroos teammate Aaron Mooy, who was dropped to the bench as Huddersfield Town fell 2-0 away to Manchester United.

Mooy's fall from favour comes after manager David Wagner admitted the midfielder was "jaded" and "tired".

Compatriot Jackson Irvine gave Hull City the perfect start against Preston North End in the Championship, releasing Jarrod Bowen who made no mistake on the half-hour mark.

But it too wasn't to be, as the Tigers slumped to a 2-1 defeat that now leaves them inside the relegation zone.

In Switzerland, Tomi Juric had an assist as FC Luzern clinched an important 2-1 win over fifth-placed Lausanne-Sport.

And Erik Paartalu and Cameron Watson each had an assist for Bengaluru and Mohun Bagan in the Indian Super League and I-League respectively.