A skillful performance from Socceroos midfielder Tom Rogic wasn't enough to help Celtic claim victory, as the Scottish Premier League leaders were forced to settle for a point in a 0-0 draw with Dundee. 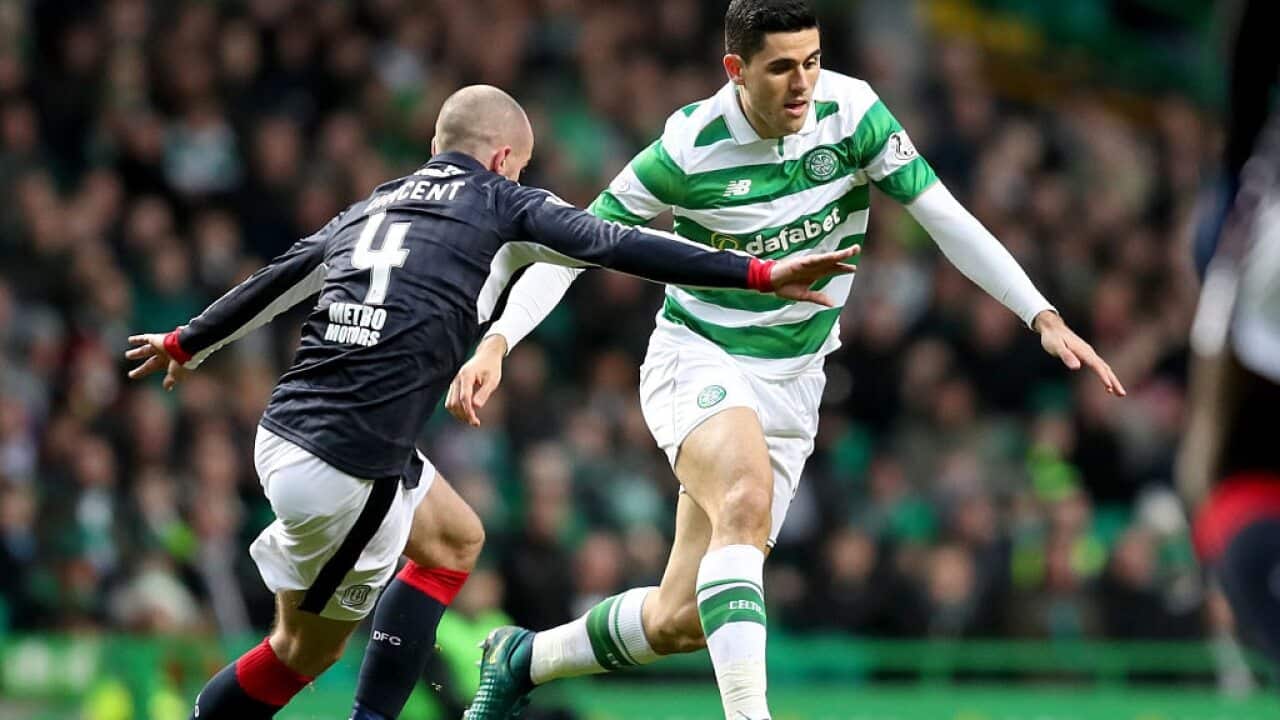 Rogic was Celtic's only true spark against a determined Dundee defensive performance, but ultimately his side's failures in front of goal cost them.

The Australian was on the attack from the opening minute swinging in a dangerous cross which was hastily cleared.

Two great chances early in the second half should have seen Rogic with an assist and even a goal, but once again poor finishing cost Celtic.

Advertisement
Unimpressed by proceedings Rogers made a triple substitution in the 66th minute, removing big guns Rogic, Moussa Dembele and Scott Sinclair, but it was to no avail.

The point did move the treble-chasing home side 10 points clear of second-placed Aberdeen though, with six games remaining.

The Socceroos forward played the full 90 minutes but received a yellow card in the dying stages of their 0-0 draw with Sanfrecce Hiroshima.

Also in the J-League, former Socceroos coach Ange Postecoglou led his Yokohama F. Marinos team to a 3-1 win away to Albirex Niigata.

Australian defender Milos Degenek was an unused substitue in the clash.

And in England's League Two, Harry Kewell's Crawley Town played out a 1-1 draw with Swindon Town.