A man-of-the-match performance from Tom Rogic in Celtic's 0-0 draw against Motherwell has given Socceroos boss Bert van Marwijk reason to smile ahead of Australia's internationals against Norway and Colombia. 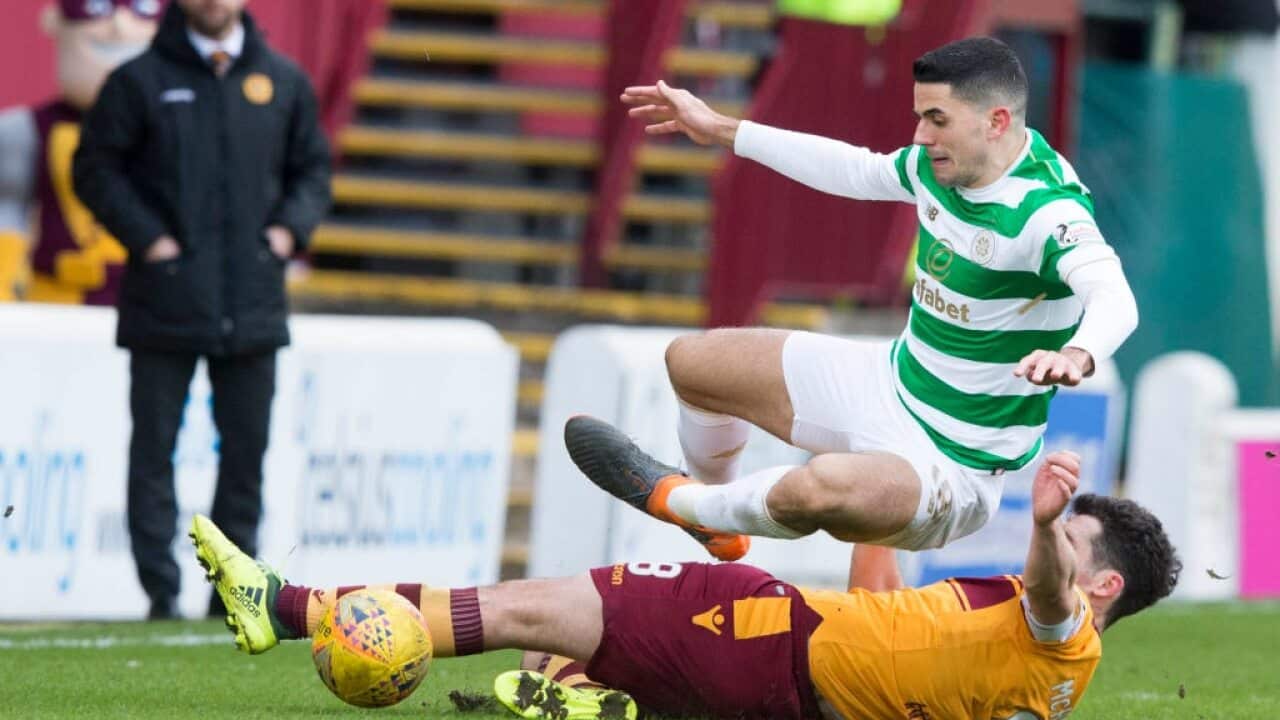 The mercurial midfielder played the full 90 minutes as the Hoops were forced to settle for a point.

Celtic dominated the match with Rogic their most dangerous player but it wasn’t enough as Brendan Rogers' side was unable to find a winner.

Rogic had two great chances either side of half-time.

Advertisement
The 25-year-old showed off his silky dribbling skills to beat the Motherwell defence but sadly his curling finish sailed wide of the post.

In the second stanza, the former Central Coast Mariners and Melbourne Victory player went even closer.

Breaking down field after winning possession, Rogic unleashed a rasping shot on goal which forced a quality save from Motherwell keeper Scott Carson.

Despite the 0-0 result, Celtic remain at the peak of the Scottish Premier League ten points ahead of nearest rival Rangers.

In England, it was a tough night for Callum Elder, whose Wigan side was bundled out of the FA Cup after suffering a 2-0 loss to Southampton.


Goals to Emile Hojbjerg and Cedric Soares ended Wigan’s fairytale run in what was Mark Hughes’ first game in charge of the Saints.

Elder played the full match at left back as Wigan struggled to find the magic form which had helped them eliminate Manchester City in the previous round.

Elsewhere, Brad Jones has his teammates to thank after Feyenoord secured a 4-3 win against PEC Zwolle in the Eredivisie.


It wasn't one of Jones' better performances, with the recently recalled Socceroos goalkeeper conceding three times, but his side still managed to claim the win with a double from Robin van Persie leading the charge.

Ajdan Hrustic was also in action with the fringe Socceroos winger playing 74 minutes for Groningen as they went down 3-2 against AZ Alkmaar.

Kenneth Dougall put in a full shift for Sparta Rotterdam, while fellow Aussie Craig Goodwin was an unused substitute.

Finally, Tomi Juric played 70 minutes for Luzern in the Swiss Super League as they beat Lugano 2-1.