Tom Rogic produced a memorable display for Celtic against Old Firm rivals Rangers overnight, while Australia Under-23 international Ajdin Hrustic found the back of the net for FC Groningen. 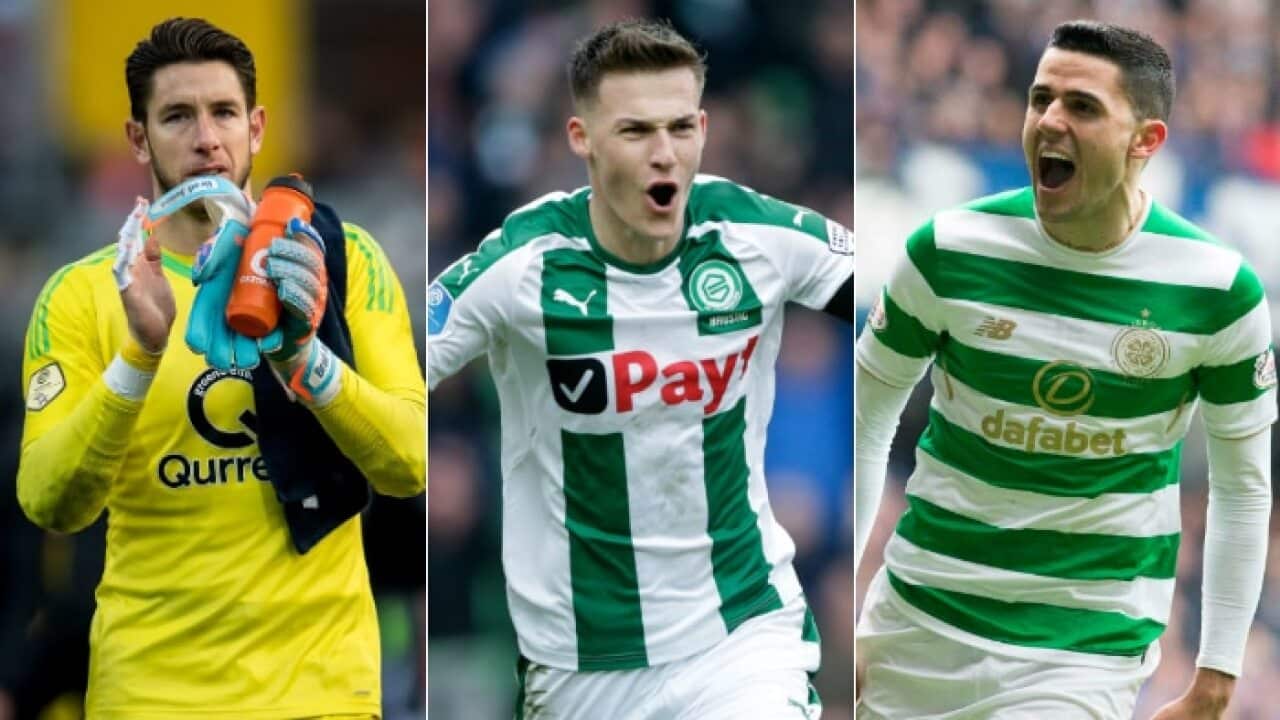 Rogic, featuring in his third successvie Scottish Premiership match since returning from injury, scored a stunning long-range effort early in the first half to kick-start Celtic's 3-2 comeback win.

The Socceroos star was withdrawn on the hour-mark with manager Brendan Rodgers opting to solidify his defence with Jack Hendry after the earlier dismissal of Jozo Simunovic.

Celtic's victory extends their lead atop the league table to nine points with a game in hand on second-placed Rangers.

Hrustic played the full 90 minutes for just the third time in the top flight this season and solidified all three points with a strike in the shadows of full-time.

The win, Groningen's first in their last nine league matches, now propels them eight points above the relegation zone ahead of Sunday's (AEDT) clash with third-placed AZ Alkmaar.

The 35-year-old made four saves but was unable to keep out Wout Weghorst's 92nd-minute consolation.

Fifth-placed Feyenoord will next face Zwolle on Monday (AEDT).

And former Sydney FC shot-stopper Danny Vukovic could not prevent Genk from defeat, going down 2-1 to Gent in the Belgian Pro League.