Socceroos Massimo Luongo and Mat Ryan have won the player of the year award as voted by supporters of their respective clubs, Queens Park Rangers and Brighton and Hove Albion. 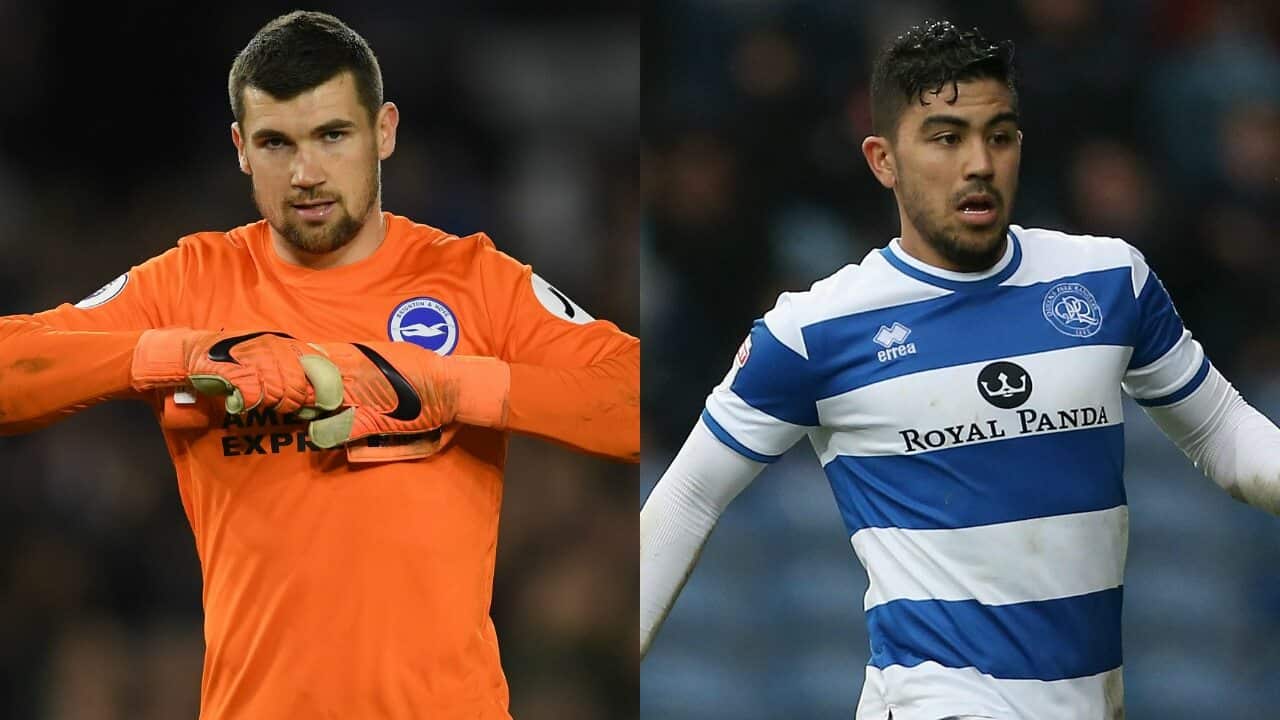 Luongo scored six goals and made three assists as he played 39 matches in central midfield for the Hoops.

QPR currently sit in 15th in England's second division with one more round of matches remaining.

"Thank you to everyone who voted me as your
@QPRFC
supporter’s player of the year. I have thoroughly enjoyed this season and your support this year has been amazing," the 25-year-old Aussie tweeted.

Advertisement
Meanwhile, in the Premier League, Mat Ryan has been voted Brighton's player of the season by one of the club's supporters group.

In his debut season, Ryan has played all 35 Premier League matches for the Seagulls, including last night's 0-0 draw with Burnley which was the 26-year-old's ninth clean sheet of the season.

The Socceroos goalkeeper made a string of impressive saves and has been pivotal in Brighton's campaign for Premier League survival.

Brighton has the eighth best defensive record in the Premier League, having only conceded one more goal, 47, than Arsenal, 46, who have played a game less.

Elsewhere, Socceroos fringe striker Jamie Maclaren scored his fifth goal in his last 10 matches for Hibernian as they beat Kilmarnock 5-3 in the Scottish Premiership.

Hibs are pushing for European football, they sit in one position off Europa League qualification. Ahead of them are Rangers who are they are equal on points with (65), but have an inferior goal difference to the Glaswegian club.
In Germany, Robbie Kruse scored twice as his side Bochum won 2-1 against Erzgebirge Aue. Bochum has won four of their last five to move within two points of a promotion play-off position.

In the Bundesliga, Mathew Leckie played the full 90 minutes in Hertha Berlin's 2-2 draw with Augsburg.

In England, Aaron Mooy played the full 90 minutes as Huddersfield lost 2-0 at home to Everton. They face Manchester City, Chelsea and Arsenal in their final three matches as they battle relegation.

Brad Smith, Mile Jedinak and Jackson Irvine all remained on the bench for their respective sides Bournemouth, Aston Villa and Hull City.

While on the coaching front, Harry Kewell's Crawley Town went down 2-1 at home to Crewe Alexander in League Two while Ange Postecoglou's Yokohama F Marinos moved up three spots to 13th in the J-League after a 3-0 victory over Kashima Antlers.