A number of Aussies were in action in Europe overnight with Jackson Irvine, Brandon Borrello and Mat Ryan the stand out performers. 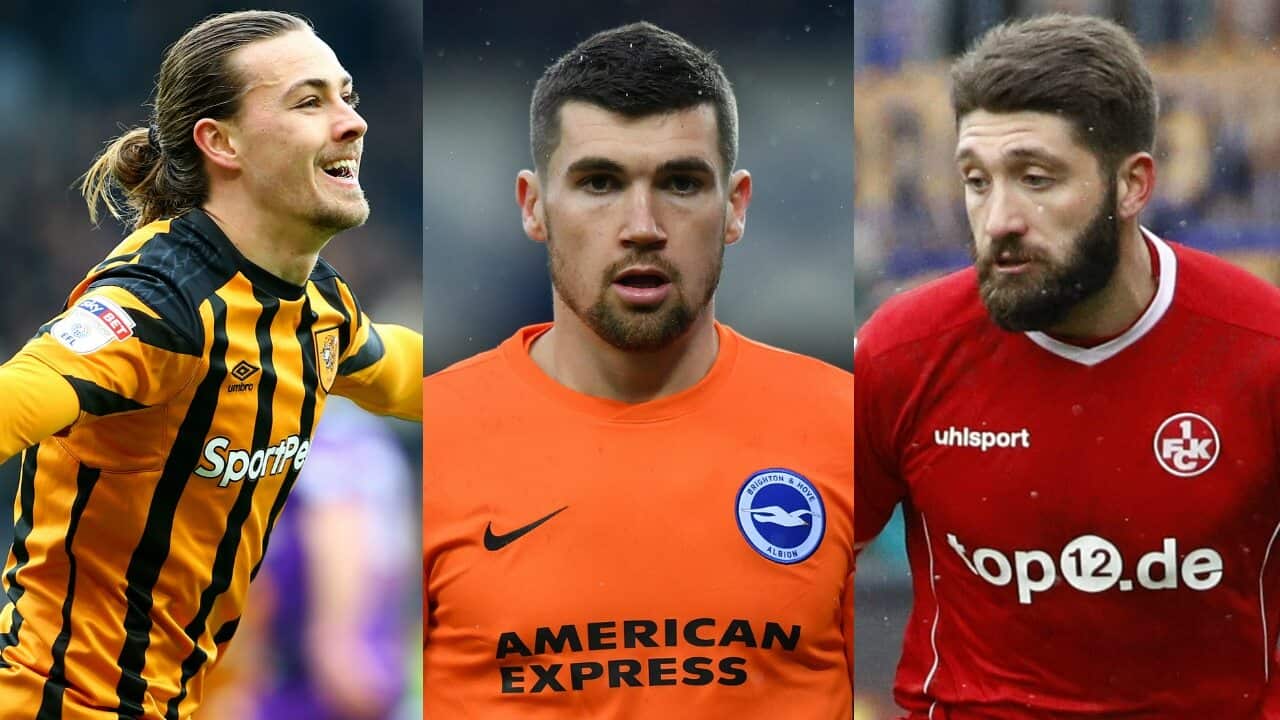 The 25-year-old Socceroos midfielder started in an attacking midfield role for Hull against Norwich and showed his class by opening the scoring in a crucial 4-3 victory.


The first-time finish was just Irvine's third goal of the season, as he played in a more defensive midfield role for the majority of the campaign.

Advertisement
The win saw Hull move up to 18th, four places and six points clear of the relegation zone.

The former Brisbane Roar attacker produced his eighth assist of the season as he continued his good form since breaking into the first team at Kaiserslautern.

However, the news is not good for his team as they slumped to another loss, this time 2-1 to Greuther Furth, as they remain rooted at the bottom of the table in the German second division.

The 25-year-old goalkeeper was on the losing side as Brighton went down 2-0 to Everton at Goodison Park. However, it could have been more if it had not been for Ryan's brilliant penalty save.


Brighton are in 11th place on the Premier League table, seven points above the relegation zone.

Best of the rest

Aaron Mooy returned from injury to play 69 minutes in Huddersfield Town's 0-0 draw at home to Swansea in the Premier League.

Tim Cahill came off the bench in the 87th minute as Millwall won 1-0 at home to Brentford.

Robbie Kruse played the full 90 as his side Bochum drew 1-1 at home to Holstein Kiel in the German second division.

Meanwhile, in the Bundesliga, Mat Leckie was an unused substitute as Hertha Berlin drew 0-0 at home to Freiburg.

In Turkey, Aziz Behich played 90 minutes in Bursaspor's 2-1 loss away to Osmanlispor.

On the coaching front, Harry Kewell's Crawley Town drew 1-1 with Morecambe in League Two, while Ange Postecoglou's Yokohama Marinos went down 2-1 at home to Sagan Tosu.

Postecoglou, who also has Socceroos defender Milos Degenek in his line-up, has failed to win any of his first three matches.