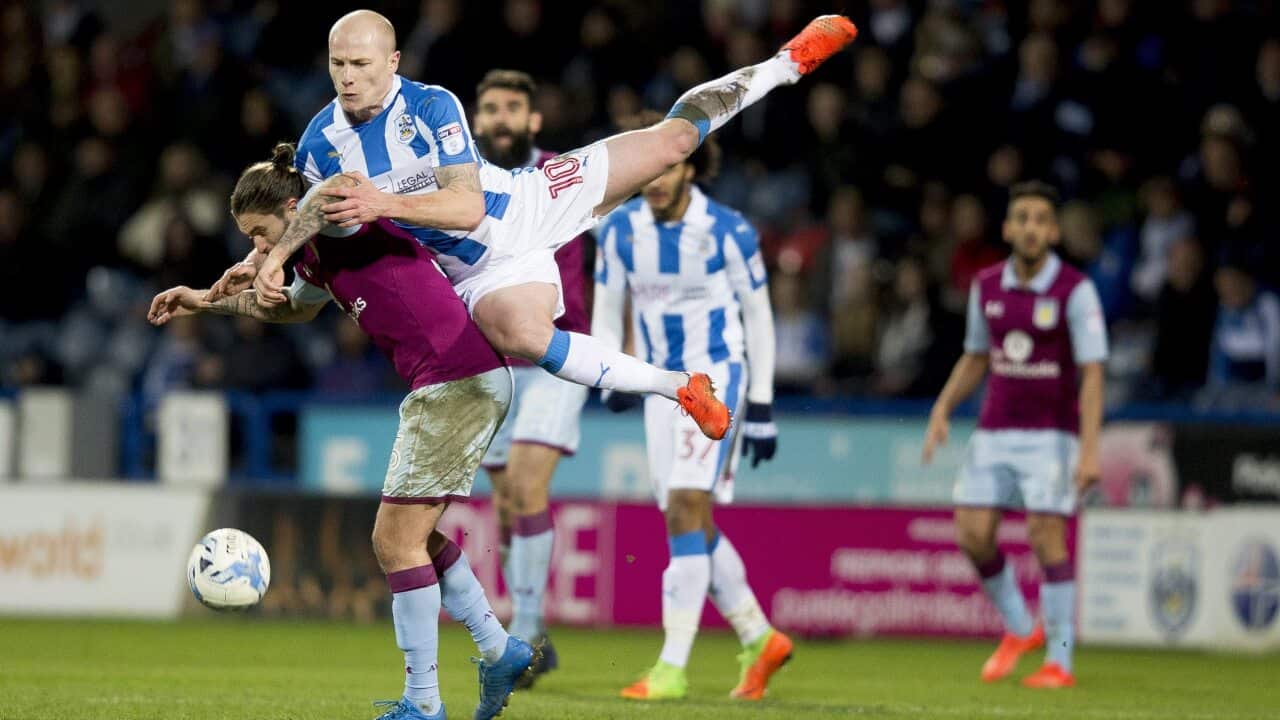 It was a busy morning for Australians involved in the English Championship.

Mooy assisted the only goal in Huddersfield's victory over Aston Villa. The former Melbourne City midfielder was, as usual, heavily involved; making a game high 70 passes and creating two chances.

Huddersfield remain in third position, six points behind Brighton who have played an extra match, while Aston Villa are in 15th place.

Meanwhile, Bristol City secured an important point after a 1-1 draw with Norwich City, thanks to a late equalizer from Australia's Bailey Wright, his first goal since joining the club in January.

The result means that Wright's Bristol has dropped in to the relegation zone on 35 points, one behind Wolverhampton Wanderers.

Wright wasn't the only Aussie on target with Jackson Irvine scoring his ninth goal this season in Burton Albion's 1-1 draw away to Sheffield Wednesday.

It was Irvine's first goal of 2017 after a blistering start to his debut season with Burton.

Elsewhere, Massimo Luongo played 90 minutes for Queens Park Rangers in their 2-1 win over Barnsley, who had Aussie Callum Elder in their line up.

It was the first time Luongo completed 90 minutes for QPR since Febraury 11, while for 22-year-old left-back Elder it was just his ninth appearance in the Championship this season.

QPR move up to 14th with the victory on 46 points, while Barnsley drop down to 11th on 50 points.