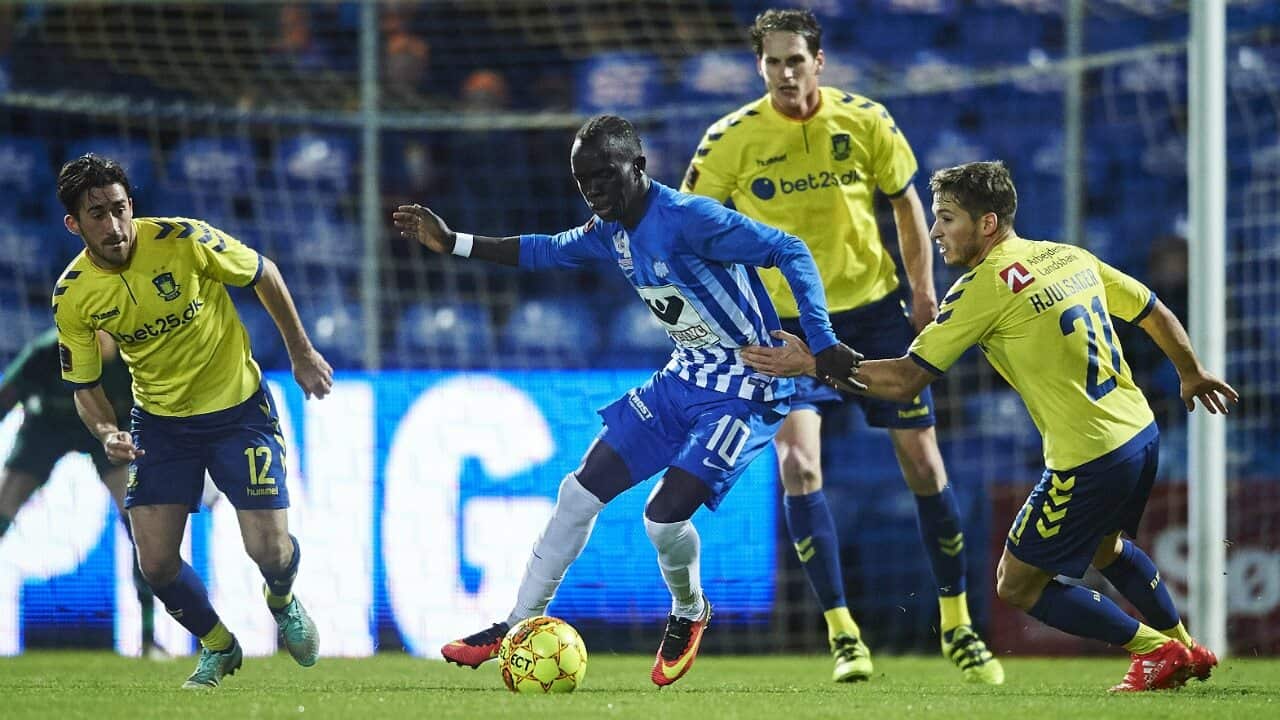 It was Mabil's fourth assist in his last seven starts as he continues to impress during his loan spell.

The 21-year-old also managed to put the ball in the back of the net but the goal was denied due to an apparent foul in the build-up play.

Mabil whipped in a right-foot cross from the left-wing in the 51st minute that fell kindly for Robin Soeder who smashed his shot past the keeper to give Esbjerg the lead.

Advertisement
However the bottom placed team in the Danish Superliga will remain there after Teemu Pukki equalised in the 63rd minute.

Fellow Aussie Brent McGrath came on for Esbjerg in the 87th minute, while also in Denmark Mustafa Amini and Chris Ikonomidis both started for AGF in their 1-0 win over Midtjylland.

Elsewhere, Brad Jones was in goal for Feyenoord as they smashed Craig Goodwin and Ken Dougall's Sparta Rotterdam 6-1.

Jimmy Jeggo played 90 minutes in Sturm Graz's 4-0 win over Wolfsberger in the Austrian Bundesliga while Mitch Langerak kept a clean sheet in Stuttgart's 4-0 win over Erzgebirge in the German second division.

More worrying signs for the Socceroos included Brad Smith not getting off the bench in Bournemouth's 4-3 win over Liverpool and Mat Ryan being left out of the squad entirely.