'Australia are better than USA' - France wary of Socceroos challenge

France have declared Australia a tougher opponent than the USA ahead of their huge FIFA World Cup opener on Saturday night. 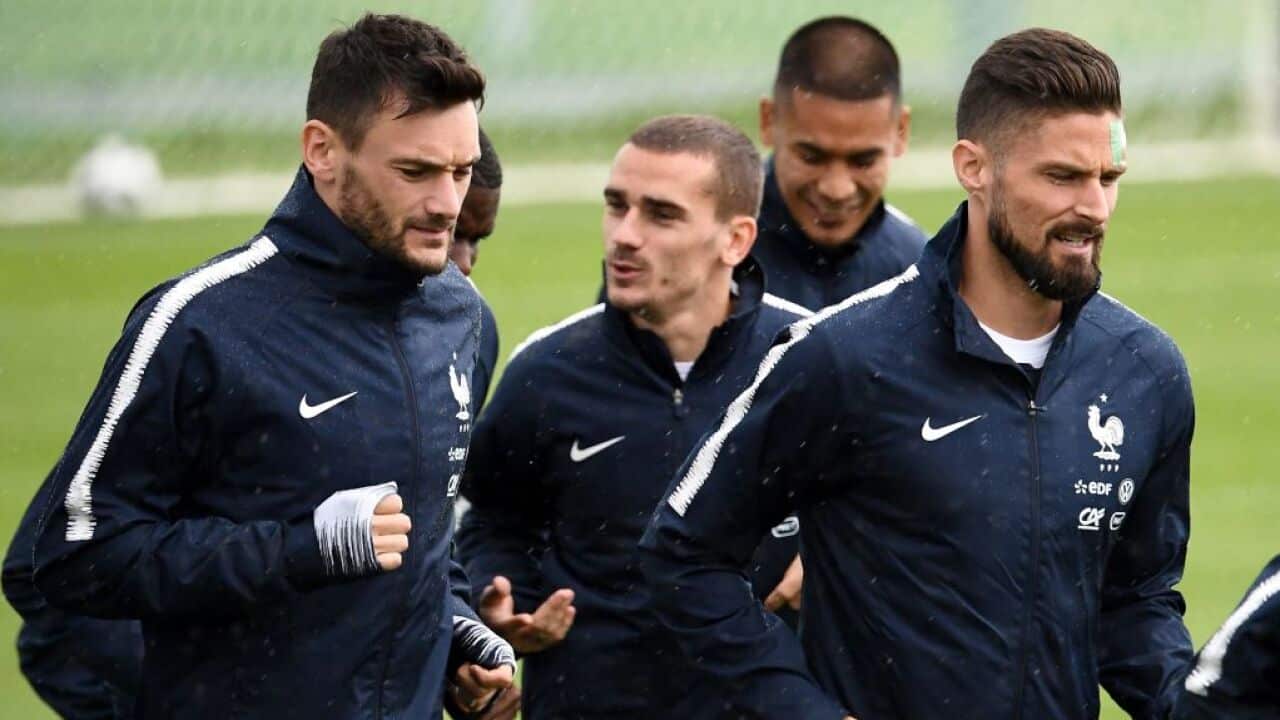 Having salvaged a 1-1 draw against the USA on Sunday (AEST), France will kick off their campaign in Russia against the Socceroos in their opening Group C match.

Defender Benjamin Pavard believes Australia will propose even more problems than what the United States managed in Lyon.

"This [USA] was reminiscent of Australia but I think Australia are better than the USA," Pavard said.

Advertisement
"It's the same kind of context, a physical team. They didn't need many chances to bury one.

"We'll retain the fact that we didn't lose, had we lost we may have had some doubts.

"Now we are preparing for the game against Australia, which is coming up soon."

France's star forward Antoine Griezmann felt the clash against the USA offered a preview of what they'll be up against in Russia, but says a repeat performance from Les Bleus would face harsher punishment from their Group C opponents.

"It's a good indication of what's in [store] for us against Australia, Peru and Denmark," Griezmann said.

"We need to analyse this game well. We need to find some answers and win from the beginning because it's the most important thing.

"I don't think we have too high an opinion of ourselves, we're keeping our feet on the ground.

"We want to win, it's true there is a good atmosphere and that it looks like we're arrogant, but that's not the case.

"We're very calm, we're confident and we know that we have to work in order to be ready."

Australia will face France on Saturday June 16 LIVE , FREE and in HD on SBS from 7pm (AEST).