Australia made the perfect start to their 2016 FIFA Futsal World Cup campaign defeating Mozambique 3-2 in Bucaramanga. 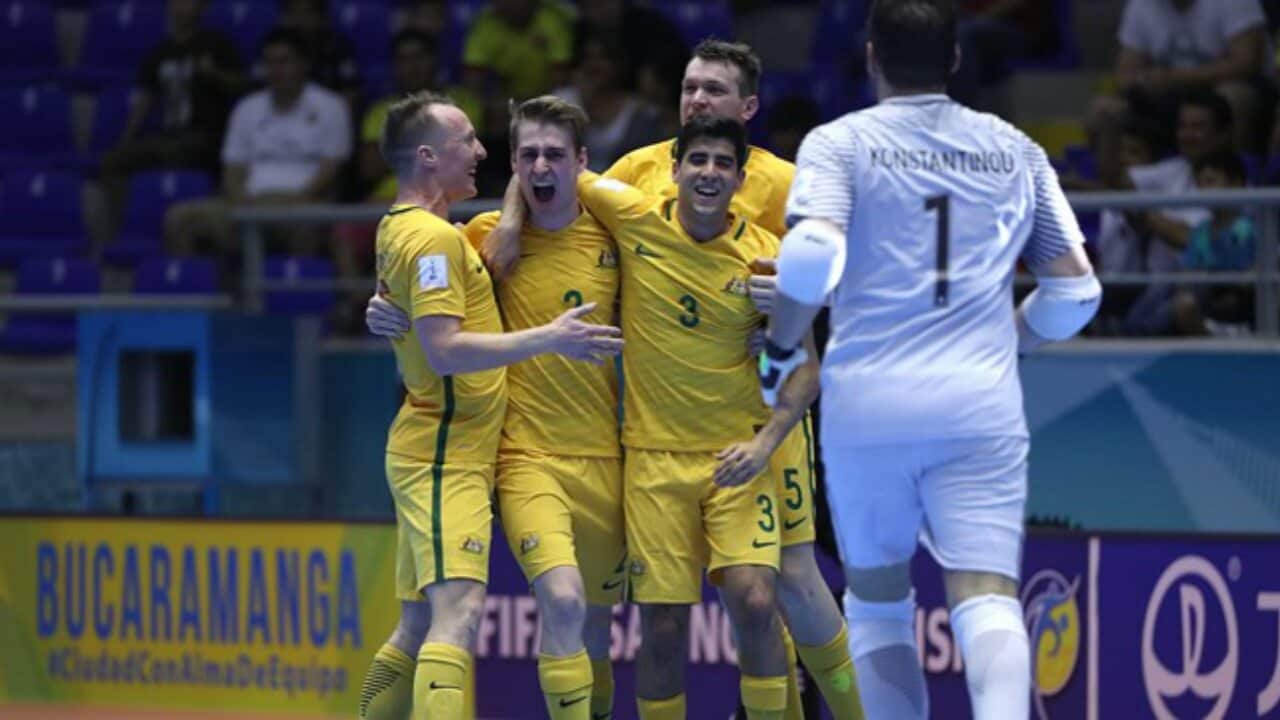 The Futsalroos celebrate a goal against Mozambique Source: FIFA.com

Despite Favito hitting the post early on for Mozambique, it was Australia’s Jonathan Barrientos who eventually broke the deadlock midway through the first half.

After persistence from Daniel Fogarty allowed the Futsalroos to win back possession deep into Mozambique territory, his ensuing through ball was met first time by Barrientos and left goalkeeper Nelson with little chance to stop it.

Australia then managed to double their lead minutes before half-time through Adam Cooper.

As play broke down in midfield, Cooper capitalised on the loose ball and collected his one-two with Blake Rosier with a driven shot low and hard into the bottom corner.

Captain Greg Giovenali made it 3-0 moments later after he pounced on an error from Dany and directed his effort into the back of the net.

Calo’s effort 10 minutes after the commencement of the second period sparked Mozambique back into life.

Not long after and the deficit was back to one as some intricate build-up allowed captain Dino to fire home from beyond the arc with both power and precision.

While Mozambique pressed late on with a flurry of chances to tie the game, Australia managed to hold on for the hard-earned win.

They will next face defending champions Brazil on Thursday (AEST).