SBS's very own football icon Les Murray has been honoured in a state funeral, attended by everyone from friends and family, through to politicians, colleagues and football fans in a service at St Mary's Cathedral in Sydney. 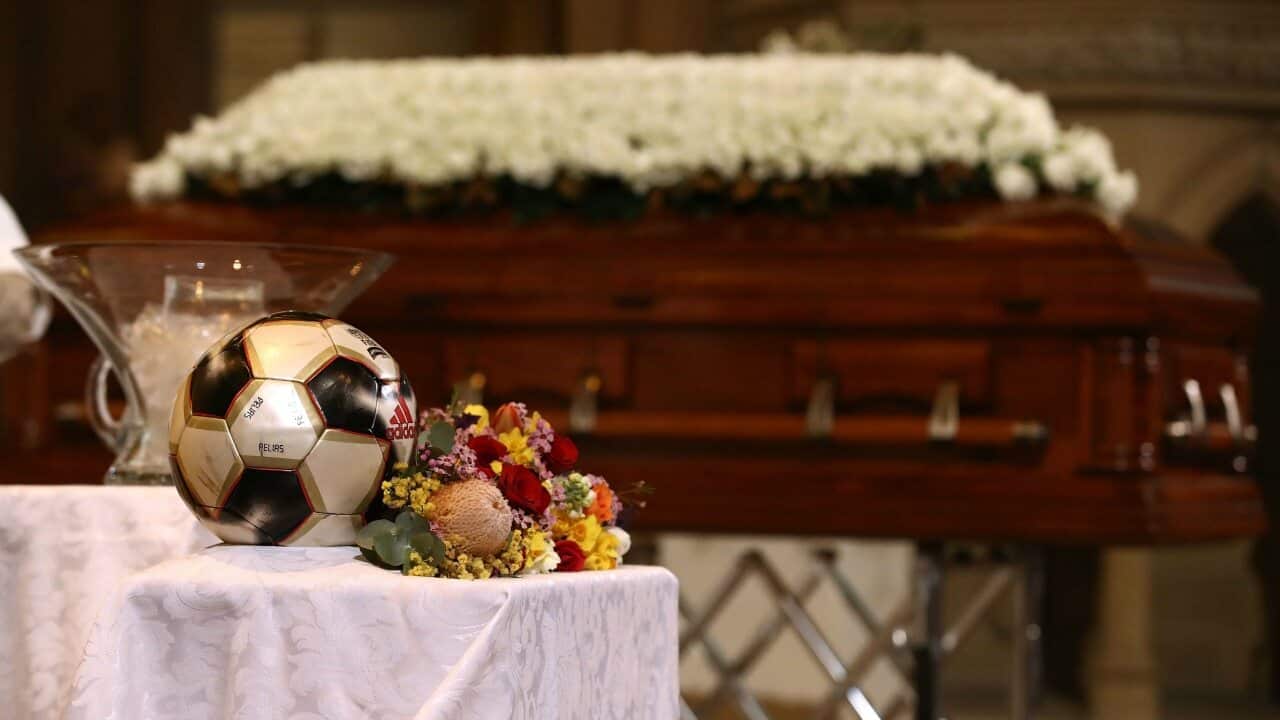 Known as Mr Football, Murray began his career at SBS in 1980 as a Hungarian subtitler before moving into covering football where he made his name, passing away on July 31 after a long battle with illness.

His funeral was attended by hundreds of people, from those who knew him personally, through to others who knew him simply by bringing them the game they loved, with NSW Premier Gladys Berejiklian, SBS Managing Director Michael Ebeid and head coach of the Socceroos Ange Postecoglou among those in attendance.

Ken Shipp, Director of Sport at SBS was the first to pay tribute to his former colleague, highlighting not just the influence he had in football but as a proponent of multiculturalism.

Advertisement
“As a refugee himself, he genuinely embodied and respected what SBS represents: he was passionate about our mission and our role in helping people understand each other better," Shipp said.

"He saw football as a vehicle in uniting people."

Craig Foster, another colleague of Murray's was visibly moved as he paid his respects to his great friend, praising him as "one of the world's finest football broadcasters" while emphasising his passing should re-energise Australia's push to host the FIFA World Cup.

"This final farewell is a call to arms to the football community reinforce the dream," Foster said.

“To win the ultimate prize, the FIFA World Cup. Male and female.

“We will fight and dream and believe until the mission is achieved. Les did his duty; that is ours.

“May he rest in peace knowing that his work will continue.”

Perhaps the most moving tributes came from his family, with Murray's daughters Tania and Natalie speaking in a video, highlighting the kindness of their father and the lessons he taught them.

Tania talked about how her father gave her an L-shaped necklace, which although she initially assumed stood for 'Les' was rather an embodiment of Murray’s values of learning, loyalty and laughter.

Natalie echoed the sentiments of all those who spoke at the funeral, emphasising the kind-hearted and respectful nature of a man who impacted the lives of so many.

“Dad taught me to always treat everybody with kindness and respect. He believed in refuge and compassion,” she said.

“Thank you dad for your lessons and your love.”