Australia’s 2016 FIFA Futsal World Cup campaign came to an end after they fell 3-1 to the Ukraine in Bucaramanga. 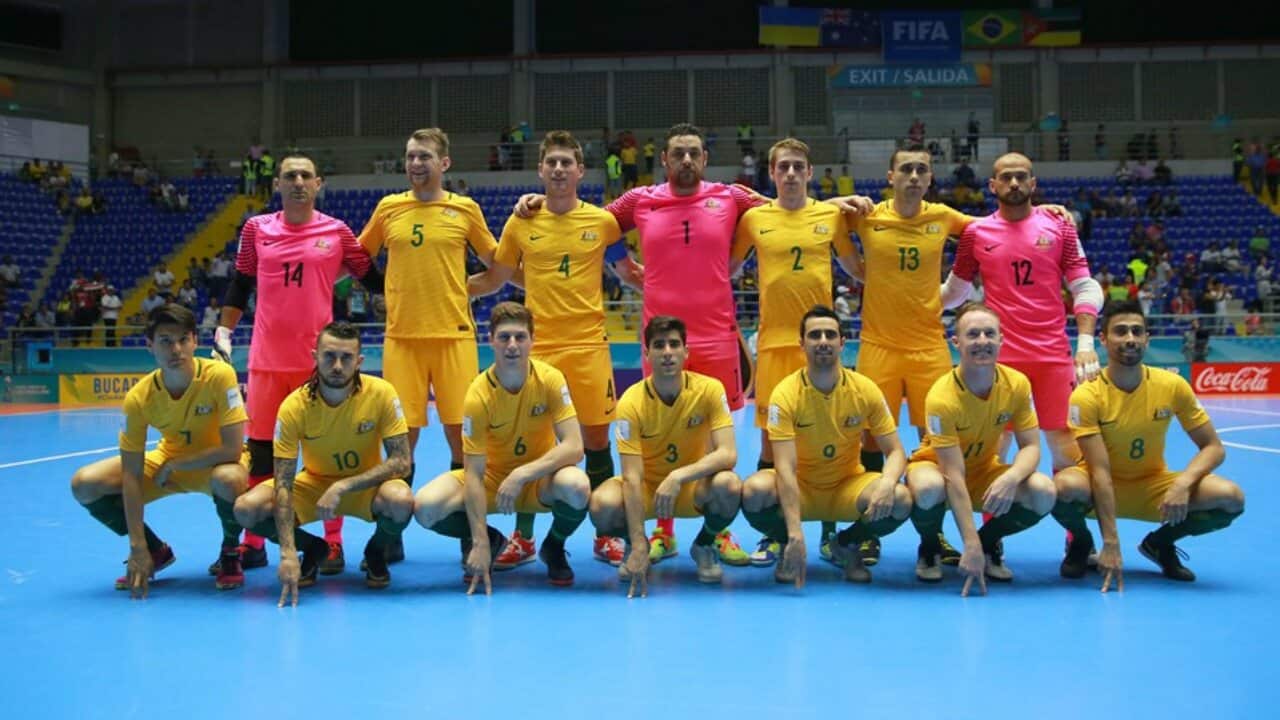 After an entertaining start to the match, it was Ukraine who took an early lead after Sergiy Zhurba’s manageable long-range effort squeezed underneath Futsalroos goalkeeper Angelo Konstantinou's body and into the back of the net.

Advertisement
A draw in this fixture would have seen both sides advance and, despite Australia’s persistent efforts to restore parity, Ukraine doubled their lead five minutes from full-time.

As the Fustalroos attempted to push forward, Jarrod Basger’s errant pass was immediately intercepted by Ukraine captain Dmytro Bondar and thumped into the bottom corner to make it 2-0.

However, the devastating blow only spurred Australia on, and they soon found a way back into the match as Chris Zeballos capped off some wonderful build up play, halving the defecit with just three minutes left on the clock.

The Futsalroos thought they had won a penalty only moments later, after Bondar looked to have handled Daniel Fogarty’s shot inside the arc.

But as the referee dismissed their claims, Denys Ovsiannikov guided his volley into an empty net to put the game to bed.

SBS's coverage of the 2016 FIFA Futsal World Cup continues with the semi-finals and final live, free and in HD.