Brazil Technical Director Edu Gaspar says the upcoming match between Brazil and Australia in Melbourne will be great preparation for the 2018 FIFA World Cup in Russia. 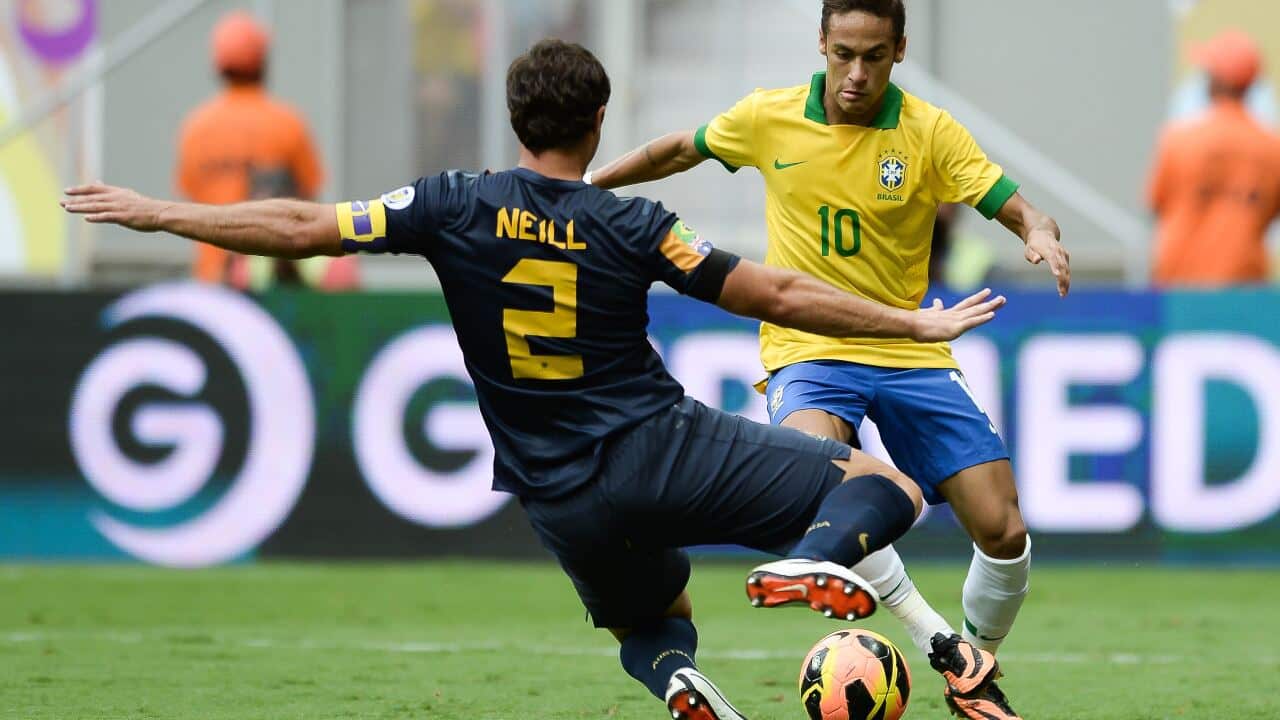 Brazil's Neymar and Socceroos defender Lucas Neill fight for the ball during Australia's 6-0 loss to Brazil in the 2013 friendly in Brasilia Source: Getty Images

The Socceroos will host the five-time world champions in Melbourne on June 13, as part of a friendly series that also includes a blockbuster clash between Brazil and Argentina at the Melbourne Cricket Ground on June 9.

Speaking after Brazil's 3-0 win over Paraguay, which meant the Seleção became the first team to officially qualifying for the 2018 World Cup, former Arsenal midfielder Edu said the upcoming clash with Australia wouldbe more than just a friendly.

Advertisement
“I’m excited for the games [against Australia and Argentina], because Australia will be great for our preparations for the World Cup."

Brazil have been absorbed in an intense South American World Cup qualifying campaign since 2015 and haven't played opposition outside of the Americas in two years, the last time being a friendly against France in March 2015.

Top of the South American qualifying table, Brazil will be one of the favourites for the 2018 World Cup in Russia, but are eager to be as prepared as possible as they look to atone for their humiliating 2014 World Cup campaign that ended with a 7-1 semi-final defeat to Germany on home soil.

However, there is some concern that Brazil and Argentina's biggest names are not all that thrilled about coming to Australia after a long, grueling, European season.

Argentina coach Edgardo Bauza was quoted as saying: "the players don’t really want to know about it. They want to go on holiday, they’re planning which beach they’re going to be lying on with their women. And then you tell them that they have to go to Australia!

“I ran into [Brazil coach] Tite in Europe recently, and I asked him if he wanted to go and play the game. He said that he didn’t.  ‘Ok,’ I told him, ‘let’s play out a 0-0 draw so neither of us gets attacked by our press.’ And we burst out laughing.”

However, with Argentina suffering a crisis of form, it is understood they too will see their trip to Australia as an important part of preparations for the final matches of World Cup qualifying.