Differences of opinion are the lifeblood of our game and while I believe in a different approach to football, though I would have made or counselled a different choice, no one can begrudge the work Graham Arnold has done since his premature elevation to the Socceroos role many years ago. 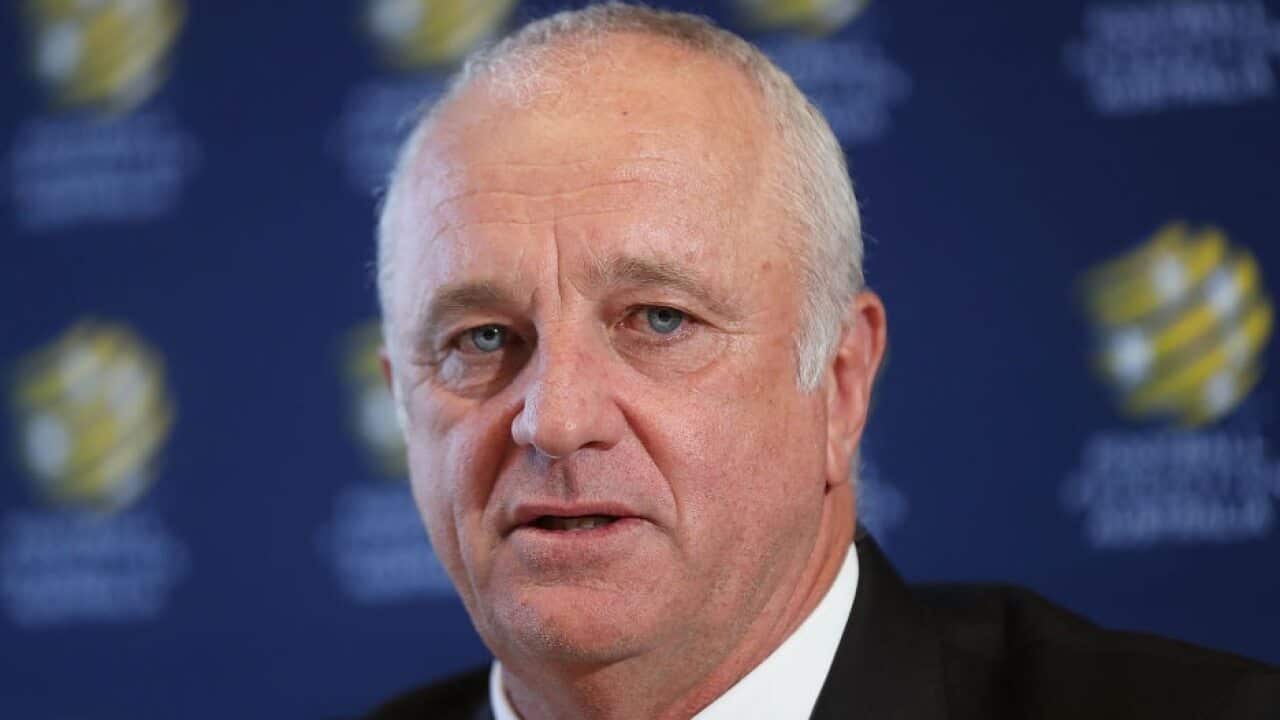 Graham Arnold has been unveiled as the new Socceroos coach Source: Getty Images

Arnold has done brilliantly on many levels.

Re-established himself at the Mariners, where his work was highly impressive – whether teambuilding and creating a strong group dynamic, demonstrating his tactical capabilities in stopping and exploiting opponents, working under less than favourable conditions and still getting great outcomes.

At Sydney FC, he has dominated the competition after a first year engagement that blossomed into full matrimony and a period of record-breaking results that stands of its own record.

Advertisement
Arnold has had a large amount of resources invested in him through the national teams unit over many years and, thankfully, has grown into an excellent technician.

Like the short-term appointment before, though, this is a departure from a consistent approach to national team play and a long-term plan.

The new paradigm seems to be what we had before - back to the future - appoint the most successful coach of the day irrespective of approach to the game.

Quite how this relates to junior national teams supposedly playing in a consistent manner to produce future senior internationals with the tools to harvest a national style of play is now a question left hanging uneasily.

It is one that should be asked of Eric Abrams, the National Technical Director, along with whether this approach is to continue or has been replaced by another.

Change. Almost every football country makes it every few years, with the vast majority never tasting success of course.

It is not my idea of the path to international success for Australia but many disagree, and this is football.

In fairness, it is clear that there are limited domestic options with a strong backbone to play attacking football, which I define as never taking a backward step and trying to dominate every opponent as far as possible and at all times.

John Aloisi is still evolving and chasing success and has altered his approach at times in any event.

Kevin Muscat is working to maintain pace with Arnold and, with titles under his belt, remains an exciting long term-prospect.

Paul Okon has impressed me no end, at Arnold’s former club, and remains committed to an attacking approach but clearly is also a longer-term possibility and Gombau left the national setup too early to assess his work with the Under-23's and now is in transition with the Wanderers.

If anything, I am more disappointed with the lack of coaches coming through committed to a proactive game than a pragmatic coach being appointed.

By pragmatic I mean willing to change the philosophical approach rather than only the tactical to accommodate opponents from match to match, as we saw in the AFC Champions League just last Wednesday evening.

Our record-breaking A-League team set out to stop the opponents, rather than impose their game. That is their right of course.

To continue the same line of work as a nation would have required an external option and we should simply be beyond this by now.

Nations with professional football industries much larger and older than ours that continue to hire expensive, foreign coaches should take a serious look at their coach education.

It really is extraordinary that this continues to occur.

It was obvious some time ago that Arnold was to be appointed in which case it was preferable that he be given the same opportunity as Ange Postecoglou to experience a World Cup prior to the AFC Asian Cup and subsequent four year cycle.

Why this did not occur is beyond me at present.

It would appear at this point that if a prototype coach is going to emerge with a consistent view and methodology for our national teams, it will need to be from within the female and male junior national teams, rather than the professional game.

This has become markedly more closed in approach in recent years and in which only Melbourne Victory appear to remain committed to trying to take everyone on and asserting their superiority.

It is disappointing that Arnold was not given the forthcoming World Cup to begin building his squad and to experience the international arena again prior to next year’s Asian Cup.

Despite my views on the game being different as to where we need to go, he has earned his opportunity and I certainly respect the work he has carried out as a fellow coach.

It is not Arnold's fault that the game lacks clear direction and is now vacillating, nor that we have a lack of proactive coaches which needs to be addressed.

He earned his promotion the right way, through hard work and applying himself to his profession.

And I wish him the best.