Barbarouses: 'Everyone' responsible for Merrick departure

Wellington forward Kosta Barbarouses said the players had to accept their share of the blame for the situation in which Ernie Merrick resigned as coach. 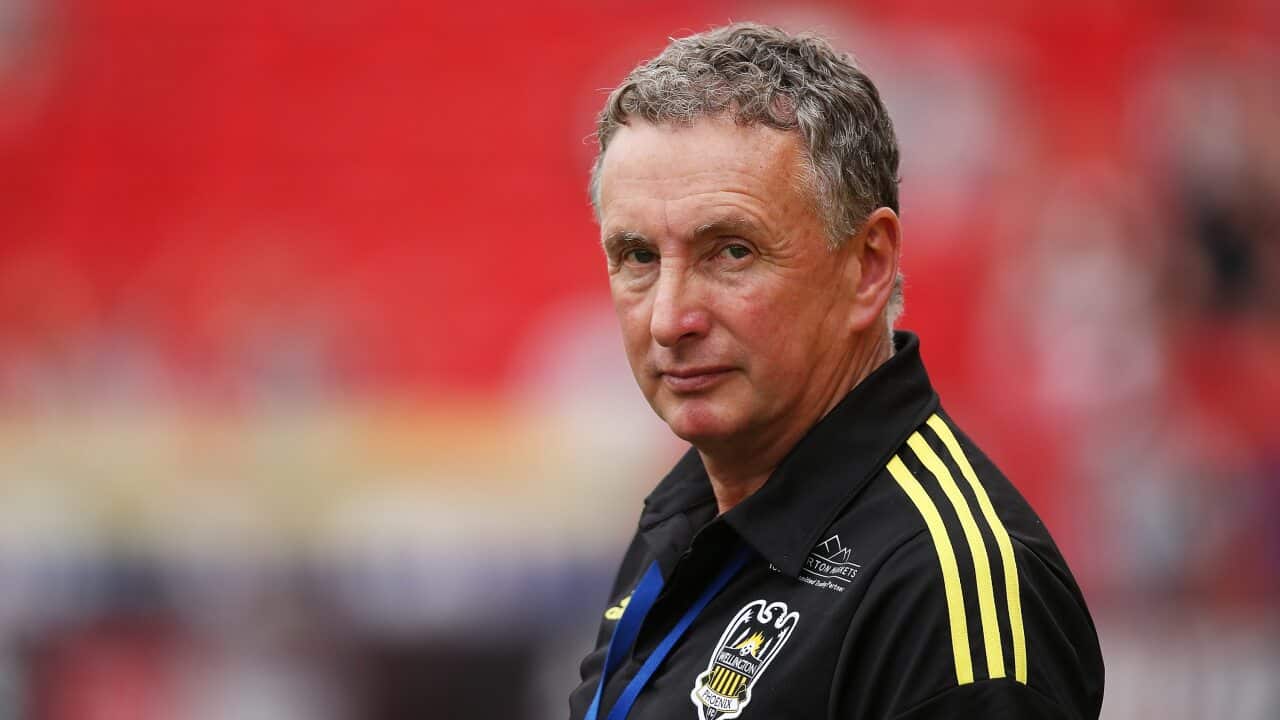 Merrick fell on his sword on December 5, the day after Wellington had gone down 2-0 on the road against Adelaide United, saying he could only blame himself for the team's disappointing early-season form because "we have a very strong squad that should be higher up the table".

Phoenix have since staged a mini-recovery to beat Central Coast Mariners 3-0 and come from 2-0 down to draw 2-2 with Western Sydney Wanderers, both times at home.

A win over sixth-placed Newcastle Jets on Boxing Day could see eighth-placed Wellington rise as high as fifth - still with a game in hand.

Advertisement
Asked if the players felt responsible for Merrick having to resign, Barbarouses told The World Game: "I think in a situation like this everyone has to take responsibility, really.

"Obviously the coach is always the first one to get blamed, or be on the on the receiving end of the consequences, but at the end of the day we're the ones who are on the field on the weekend and if Ernie felt he wasn't getting the best out of us that's obviously some of our fault as well.

"It's not only his fault, if you want to say it like that, and he had his reasons as well (for resigning), so everyone should take the blame.

"It definitely wasn't a good time for us to lose the coach, because we weren't doing well and we didn't want to be where we were on the table and we don't want to be there now."

Barbarouses said experience had given him a good idea of how to handle the upheaval resulting from a mid-season change of coach.

"I've gone through that before when I was playing in Greece - three times in one year," he said.

"It's bit easier to deal with if you've been through it before, but it would be hard for a few of the boys here because the Phoenix have only had two head coaches in their time.

"But the reaction from the boys has been really good. 'Greeny' (Chris Greenacre) and Des (Buckingham) have stepped in (as interim coaches) and done a really good job and we've shown a lot of character to get a couple of good results."

After his first day of training with the #Nix @ShaneSmeltz revealed his delight at being back in Wellington pic.twitter.com/oHwKb3WeNw — Wellington Phoenix (@WgtnPhoenixFC) December 20, 2016

Winger Barbarouses and attacking midfielder Gui Finkler were the big off-season buys by the Phoenix, but they are taking time to hit the heights at their new club.

Barbarouses hasn't scored a goal in his eight games and Finkler has one in 10.

"I would've liked to have scored a few by now, but things haven't worked out that way," Barbarouses said.

"Gui feels the same, I'm sure, especially since Ernie, bringing him over, wanted to make him more of a goal-scorer. It hasn't come to fruition for either of us yet, but hopefully things turn around soon.

"We've got a lot of talented players alongside us and the chances are being created, so there should be no excuses for not scoring.

"But it would be more worrying if we weren't creating chances. We are creating them - it's just a matter of finishing opportunities off."