Barcelona great Ronaldinho said the LaLiga champions have a lot of admiration for Philippe Coutinho as they eye a move for the Liverpool attacker. 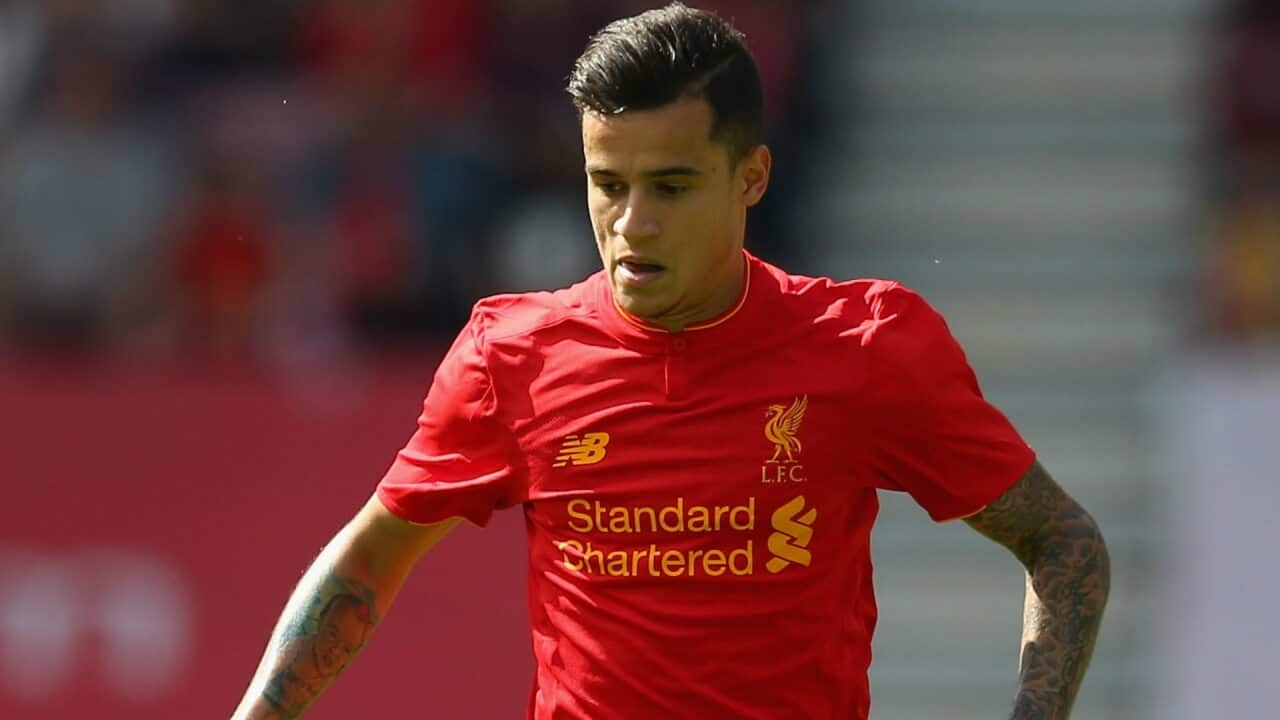 Philippe Coutinho could be set to sign with Barcelona according to Ronaldinho. Source: Getty Images

Coutinho has been linked with Barca following his exploits for Liverpool after moving to the Premier League from Italian outfit Inter in 2013.

The 24-year-old - sidelined with an ankle injury since November - is under contract until 2020 but two-time World Player of the Year Ronaldinho claims Barca are monitoring the Brazil international.

"I hope when he [Coutinho] returns from injury that he will continue the form he has been showing all season with Liverpool," Ronaldinho said.

"He has been one of the stand out players in Europe this season – and I know there is a lot of admiration of him at Barcelona.

"Liverpool will want to keep him, they have built the team around him.

"But when you play at that level then there is always interest."