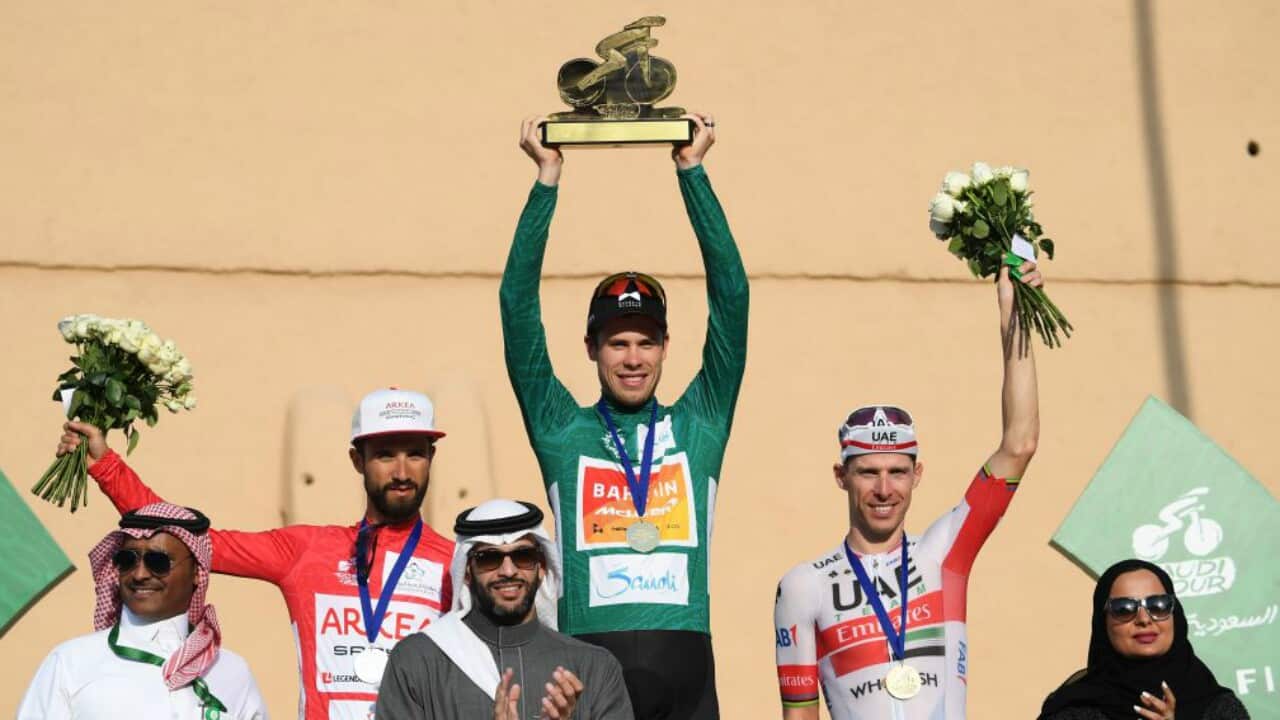 Bauhaus started Stage 5 two seconds behind rival Nacer Bouhanni in the overall standings, but a near-perfect lead-out from teammate Mark Cavendish soon turned the tide in the German's favour.

A tight and tense finish left Bouhanni visibly frustrated with Bauhaus, who appeared to deviate from his sprint line ever so slightly in the final 100 metres.

Despite the furious Frenchman's best attempts to contest the manner of the finish, the jury confirmed Bauhaus had not committed any infringement in the lead up to his victory.

Advertisement
"We were unlucky yesterday so we knew that I had to win today to take the overall win, and we worked hard for that," Bauhaus said after the race.

"I’m super happy and proud of my team and how we did it today.

"We were always one step in the front, and showed that we are one of the strongest here, and I’m really happy that we could also win the GC."