Manchester United and England icon David Beckham has made his biggest appearance in a film yet, with a speaking role in Guy Ritchie's new film King Arthur: Legend of the Sword. 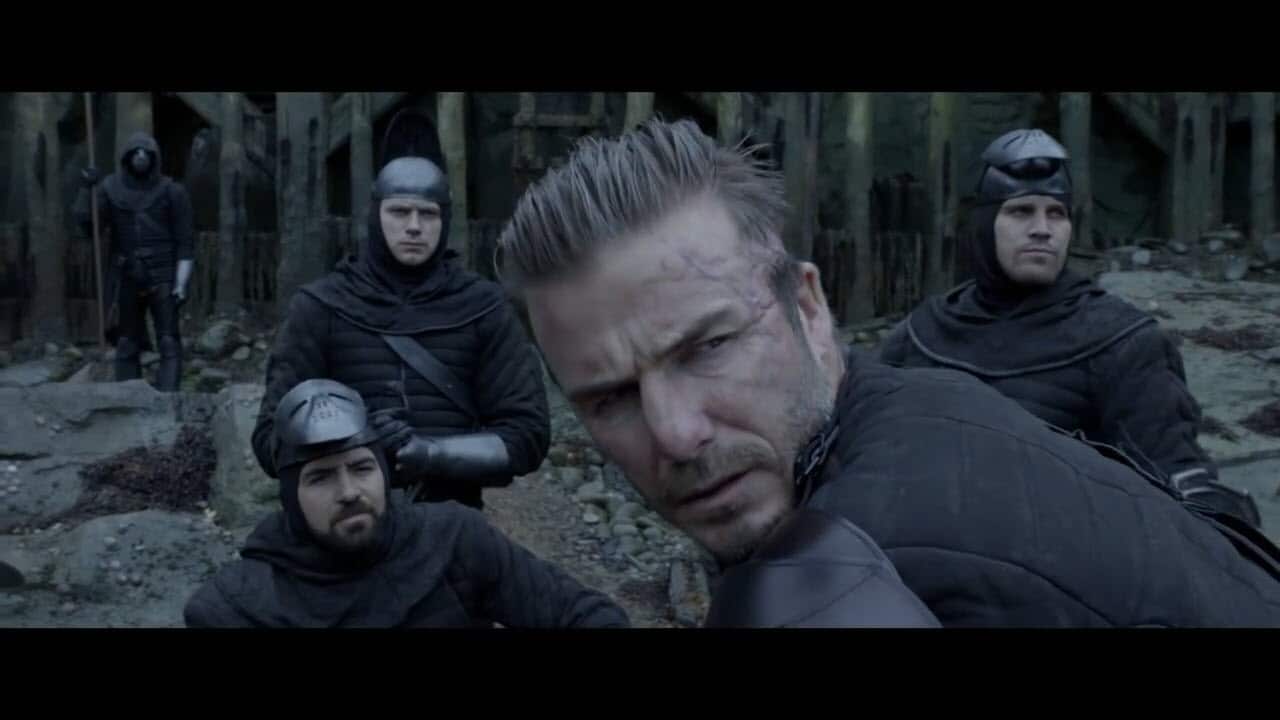 In a clip from the film released on Wednesday, Beckham, who plays a swordsman named Trigger, is seen in a major scene with Sons of Anarchy star Charlie Hunnam, who plays King Arthur.

In the scene the King asks Trigger: "Where do you want me?"

To which Beckham responds in the most cockney accent: "Bouncing on my knee. Where do you think I want you? Hands on the hill, stupid.”

Advertisement
Beckham, who is a friend of director Ritchie, has a further 12 lines in the film, which is released in Australia on May 11 and also stars the likes of Jude Law, Eric Banna and Poppy Delevingne.

It's not the first time Beckham has appeared in a film, he was in the Goal trilogy as himself and also appeared as a Russian projectionist in Ritchie's 2015 film, The Man from U.N.C.L.E.

While he had a filmed named after him, Bend it like Beckham, he did not appear in that film - a lookalike was used.

The former Real Madrid midfielder has however appeared in a series of advertisements.

He's not the only former Manchester United legend to take to the big screen, with Eric Cantona becoming an actor after retiring from football.