Nicklas Bendtner has broken his silence about being left out of Denmark's 2018 FIFA World Cup squad. 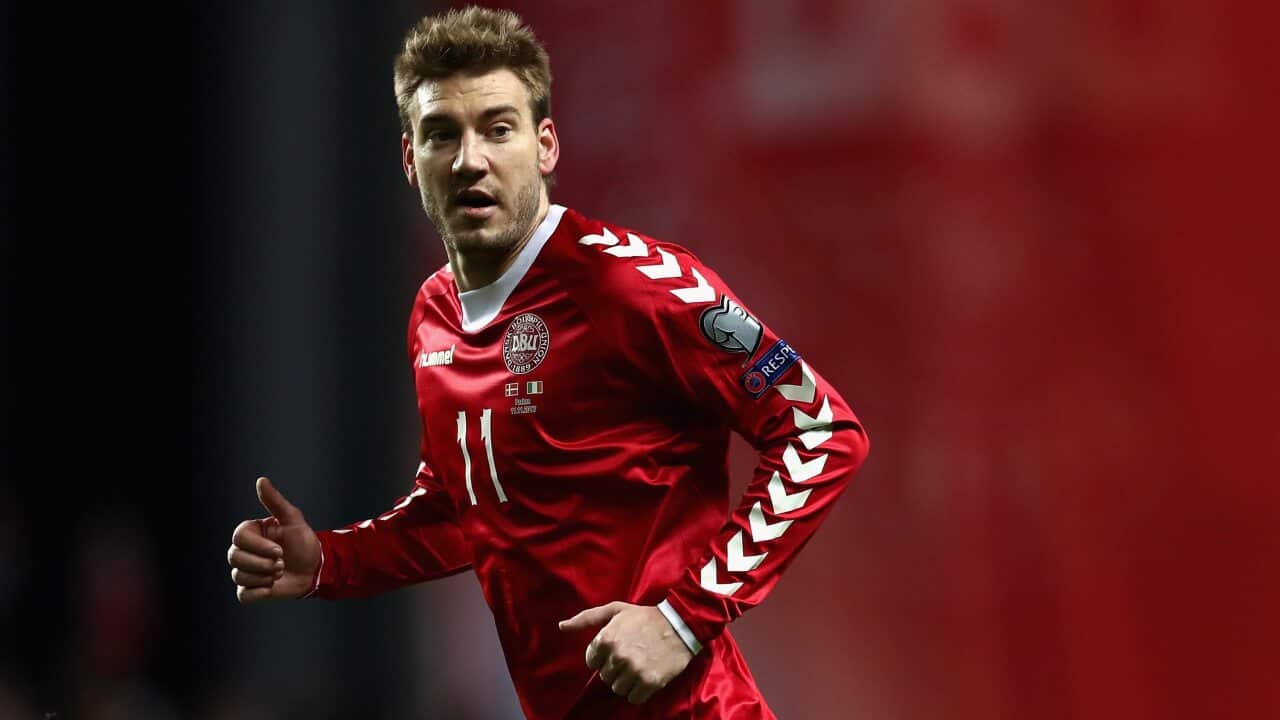 Bendtner, who was given a chance to prove his fitness but ultimately left out of the 23-man squad by coach Age Hareide due to doubts over his ability to recover from a groin injury, is already back playing for his club side Rosenborg in Norway.

"It's not what I expected would happen, that things would turn out the way they did," Bendtner told Rosenborg's website.

"There are many feelings that go through you, but like everything in life you have to move on, and I have to do that too," the 30-year-old said.

Though he wished his Denmark team-mates well before leaving the squad, Bendtner always believed that he would have been fit in time for their opener against Peru, which Denmark won. Hareide's side will be aiming to make it two wins from two by defeating the Socceroos on Thursday afternoon (Thursday evening AEST).

Bendtner was back in full training in Norway on June 8 and came on as a substitute to play the last 13 minutes of a 2-1 loss to Tromso on June 11, five days before the Denmark-Peru game was played.

The striker, who has scored four goals in 13 league games so far this season, says he is now focussed on putting his FIFA World Cup disappointment behind him and delivering for his club side, who are in third place in the table, seven points behind leaders Brann.

"I haven't been 100 percent satisfied with what I have delivered, so I have an enormous desire to show that we can improve," he said.