Benitez has 'productive' talks over Newcastle future despite relegation

Rafael Benitez has held 'productive' initial talks with the Newcastle United board as they attempt to persuade him that he is the man to lead the club back into the Premier League. 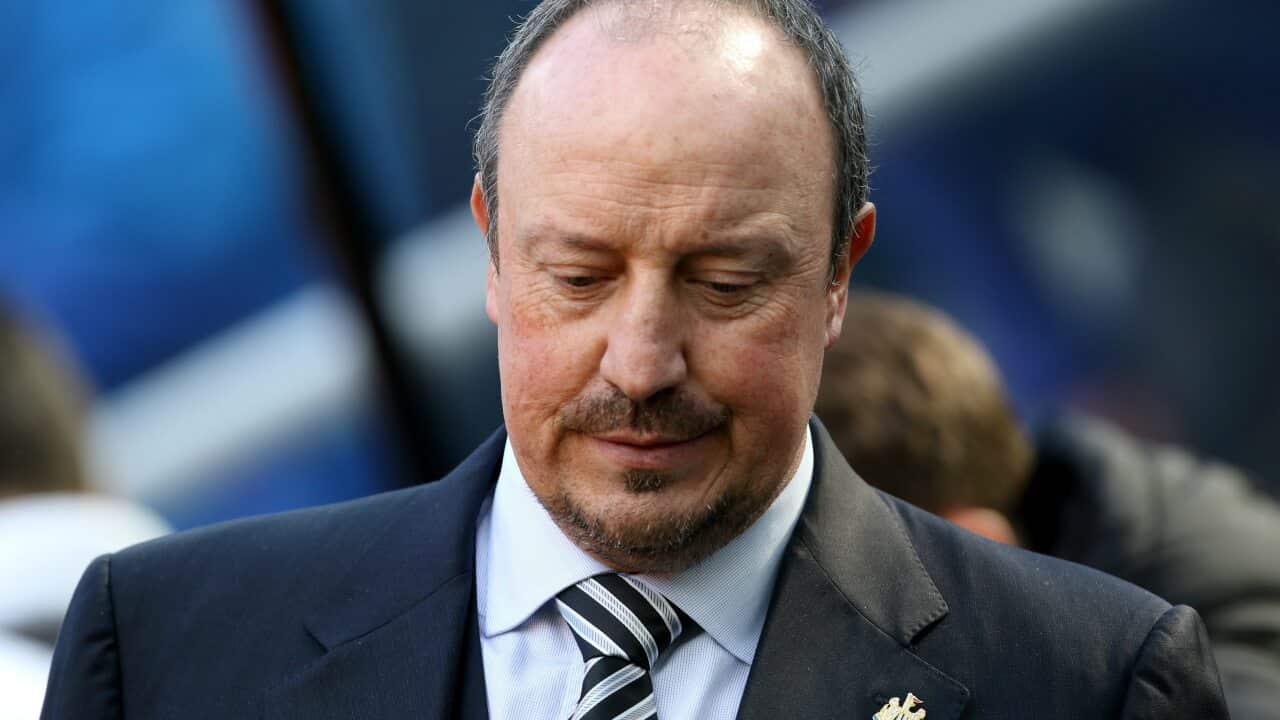 Less than 24 hours after the Magpies were condemned to life in the Championship by derby rivals Sunderland's 3-0 win over Everton, Benitez sat down with managing director Lee Charnley at the club's Darsley Park training headquarters.

Advertisement
Sources on Tyneside have revealed the tone of the discussions was positive, although there is a long way to go before fans discover whether or not the man they want to remain at the helm will do so.

It was no secret that the three-year contract Benitez signed in March included a release clause should he not manage to preserve the club's top-flight status in the final 10 games of the current season.

He got close, but not close enough, although he could walk away from Tyneside knowing he had given it his best shot with a run of five games unbeaten having given the club an unlikely chance to escape the drop.

However, there is an appetite from the club to retain the services of a manager they were fortunate to get in the circumstances, and it would be an opportunity wasted if they did not persuade him to stay on in talks set to continue over the next few days.

Indeed, the Newcastle Fans' Forum issued a direct plea to the former Liverpool and Real Madrid boss as he prepared for what could yet prove to be his final match at the helm, Tottenham Hotspur's visit to St James' Park this weekend.

A statement read: "Message to Rafa Benitez - whilst we fully accept that the short term prospect of life in the Championship may not be as appealing as other offers that you may be presented with, we can certainly promise you that the potential rewards of the longer term would exceed any position that you consider."

Forum members also called upon the club to tie up Benitez as a matter of urgency before a gruesome post-mortem gets under way.

The statement continued: "The reason for this statement is to make it perfectly clear that we want every possible resource thrown at an attempt to retain the services of our current manager.

"Rafa Benitez has demonstrated his ability to connect with the fans. Whilst we accept that to retain the services of Rafa will come 'at a price', we urge you to look ahead to the longer term benefit of Newcastle United.

"Installing Rafa as manager will have shown you the lift that it gave to our club, albeit maybe too late.

"It is imperative that you act swiftly. We need actions not words - a PR feelgood statement is not want the fans want to see.

"We need you to demonstrate your business acumen and your intent to not let this one slip away."

There is little doubt that Benitez, who has clearly enjoyed his brief spell at the helm despite the outcome and has made a major impression on the club's supporters, would need assurances over his remit should he agree to remain in charge.

Predecessor Steve McClaren had little say over the club's northern summer signings and did not get all the players he wanted in January even as the purse strings were loosened once again.

The current squad is likely to change radically in the wake of relegation with some players sacrificed to cover a massive drop in revenue and others because they have not been good enough to prevent Newcastle from dropping into the lower division.

However, Press Association Sport understands that club officials are adamant that they will decide who stays and who goes and not players who feel they are better than the Championship.