Sam Bennett (Deceuninck-QuickStep) capitalised on another superb leadout from his teammates to claim his fifth victory of the 2021 season. 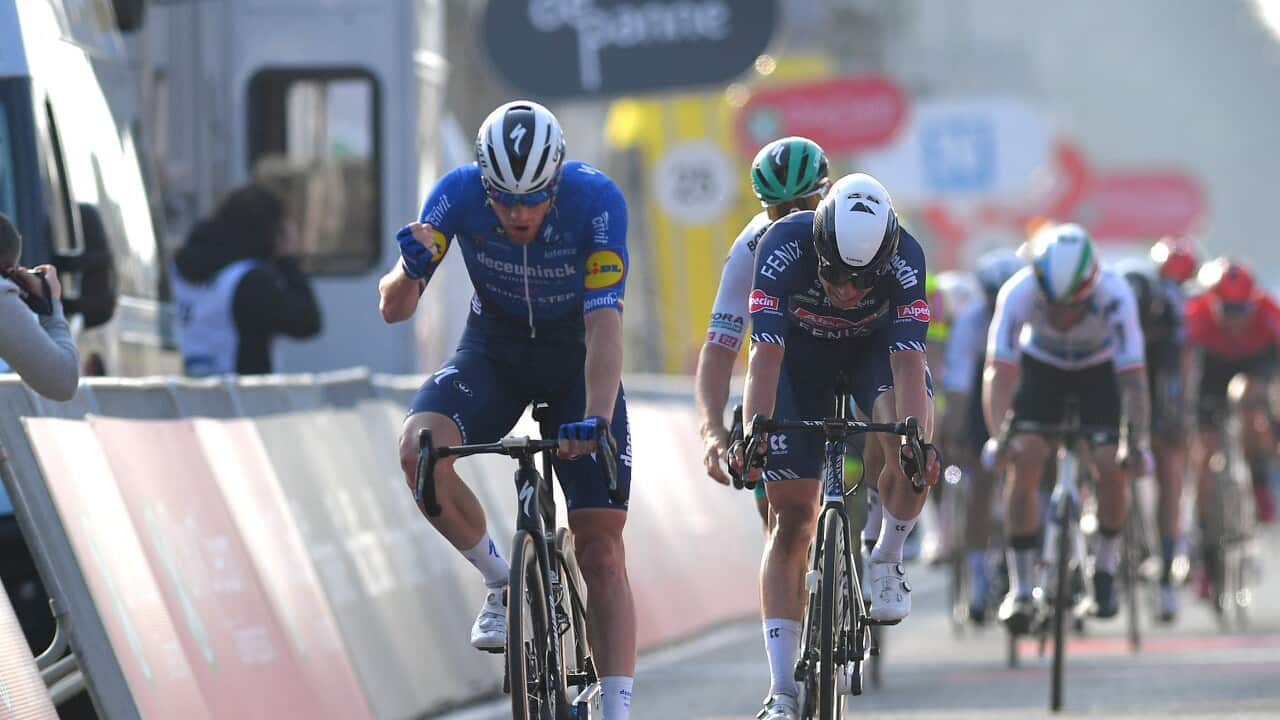 The rapid Irishman had three teammates led him through the final sharp corner with 800 metres to go and then was dropped off by Michael Morkov with 200 metres to go.

The victory was Bennett's first in a one-day WorldTour race, although he has some 50 wins on his palmares, and Deceuninck-QuickStep's second Classic of the season after Davide Ballerini won Omloop Het Nieuwsblad.

"It's super important to get this win," Bennett said. "Being in a Belgian team with Belgian sponsors, we want to perform on home soil. For myself, personally, it's my first one-day WorldTour race - something I've been chasing for many years and I'm happy to get it here today."

Advertisement
Bennett explained that he did not immediately follow Philipsen's early sprint. "He jumped early but I could feel there was a bit of a headwind so I decided to wait longer and then go," Bennett said. "I don't focus on anybody else around me, I was just doing my own sprint."

Early moves were shut down with still 80 kilometres to race in Oxyclean Classic Brugge-De Panne, and while Deceuninck-QuickStep appeared to be caught out on the wrong side of a crosswinds split in the peloton, everything came back together and mostly stayed that way on the run into the finish.