Encounters with the public aren’t unusual for professional riders, but Egan Bernal’s push past two chainsaw-wielding spectators on the Passo Giau might just be a first. 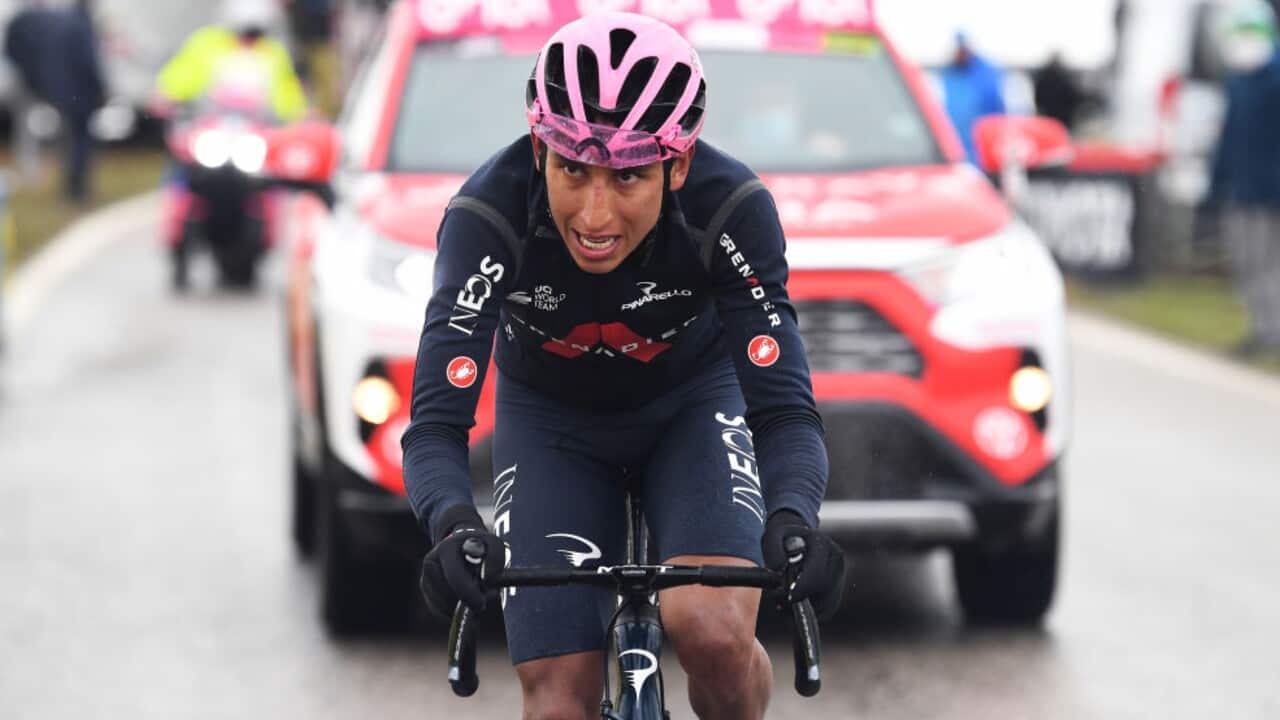 Grim weather forced the race from Sacile to Cortina d’Ampezzo to be shortened from 212km to 155km, and it has since been revealed that Bernal battled more than just the cold during stage 16 of the Giro d’Italia.

With live images in the mountain stage hard to come by, a replay from RAI Sport soon shed some light on the additional challenges the General Classification leader faced.

Advertisement
Remarkably, the Colombian seemed unnerved by the close encounter before finishing 27 seconds ahead of Frenchman Romain Bardet and Italy's Damiano Caruso.

The 24-year-old now leads the pack by two minutes and 24 seconds, with Caruso his closest challenger ahead of the stage 17 ride from Canazei to Sega di Ala on Wednesday night.