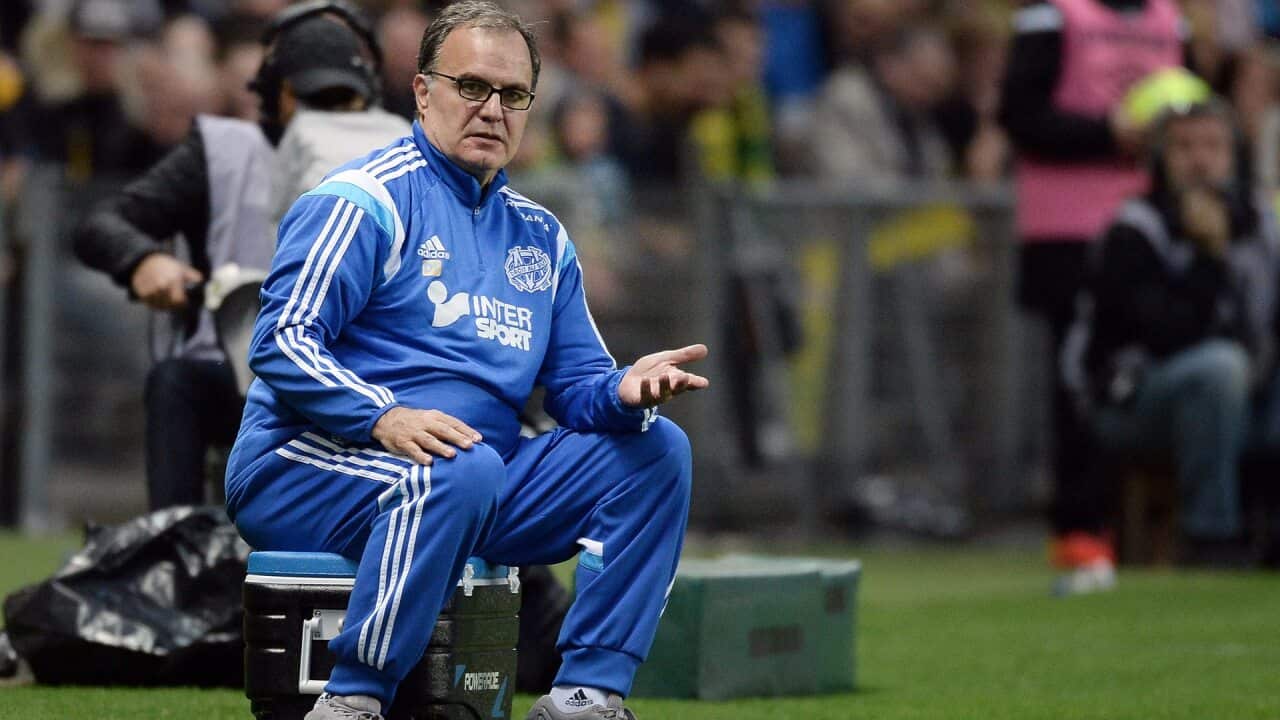 The 60-year-old has been out of work since quitting as Marseille coach just one match into the new season, following a 1-0 home defeat to Caen, and his dramatic resignation fitted in with his volatile reputation and his nickname of 'El Loco'.

He had joined Marseille at the start of the 2014-2015 season when they led the Ligue 1 standings for much of the first half of the campaign before fading badly to finish fourth.

Bielsa, who was linked to Swansea's Welsh neighbours Cardiff when Malky Mackay was sacked two years ago, has a hugely impressive CV having coached both Argentina and Chile at respective 2002 and 2010 World Cup finals.

He was once described by Bayern Munich's Pep Guardiola as the "best manager in the world" but his appointment would represent a risk for Swansea, who only lie outside the relegation zone on goal difference following Saturday's 2-1 defeat at Manchester City.

Bielsa does not speak English, has never managed in the Premier League and his colourful style of management might upset some players.

He has lasted barely beyond two years at any of his former clubs in Argentina, Mexico and Spain, with his longer stints only coming in his international roles.

But Jenkins' primary concern is finding a coach who will provide a short-term fix and leading the club away from relegation bother, especially as the anxiety over missing out on the massive £5 billion Premier League television deal, which kicks in next season, played such a major part in Monk's departure.

Chile coach Jorge Sampaoli remains on Swansea's radar and could also be the subject of a Jenkins visit in South America.

While landing the 55-year-old who guided Chile to their maiden Copa America triumph last summer would seem unlikely, Sampaoli has been unsettled in recent months after the head of the national federation, Sergio Jadue, pleaded guilty in the United States to FIFA corruption charges.

Sampaoli said in a statement last week that he is waiting until early next year to determine the direction of the Chilean federation before deciding his future.

Both Bielsa and Sampaoli favour an energetic and high-pressing game and that is something the Swansea board are keen to return to following the players' lethargy towards the end of Monk's 22-month reign.

Former Sunderland and Brighton boss Gus Poyet remains a possible candidate, but the Uruguayan's club AEK Athens insist he will remain in Greece until the end of his contract next summer.

"We have not been approached by Swansea, there is no need for us to be approached and no propositions have been made from Swansea," an AEK spokesman told BBC Wales.

"Mr Poyet is happy at the club and will be our manager at least until the end of the season."

Sevilla's Unai Emery is also admired by the Swansea hierarchy but the board accept persuading the double Europa League winner to leave Spain might prove difficult, if not impossible.

Caretaker manager Alan Curtis took charge of the team at Manchester City and will be in the dug-out again for the league visit of West Ham on Sunday if a new manager is not appointed in time.