Bolt to train with Dortmund ahead of potential code swap

Usain Bolt may be the fastest man on the planet but that's not enough for the Jamaican sprint star who is testing the waters with German side Borussia Dortmund ahead of a possible switch to the football field. 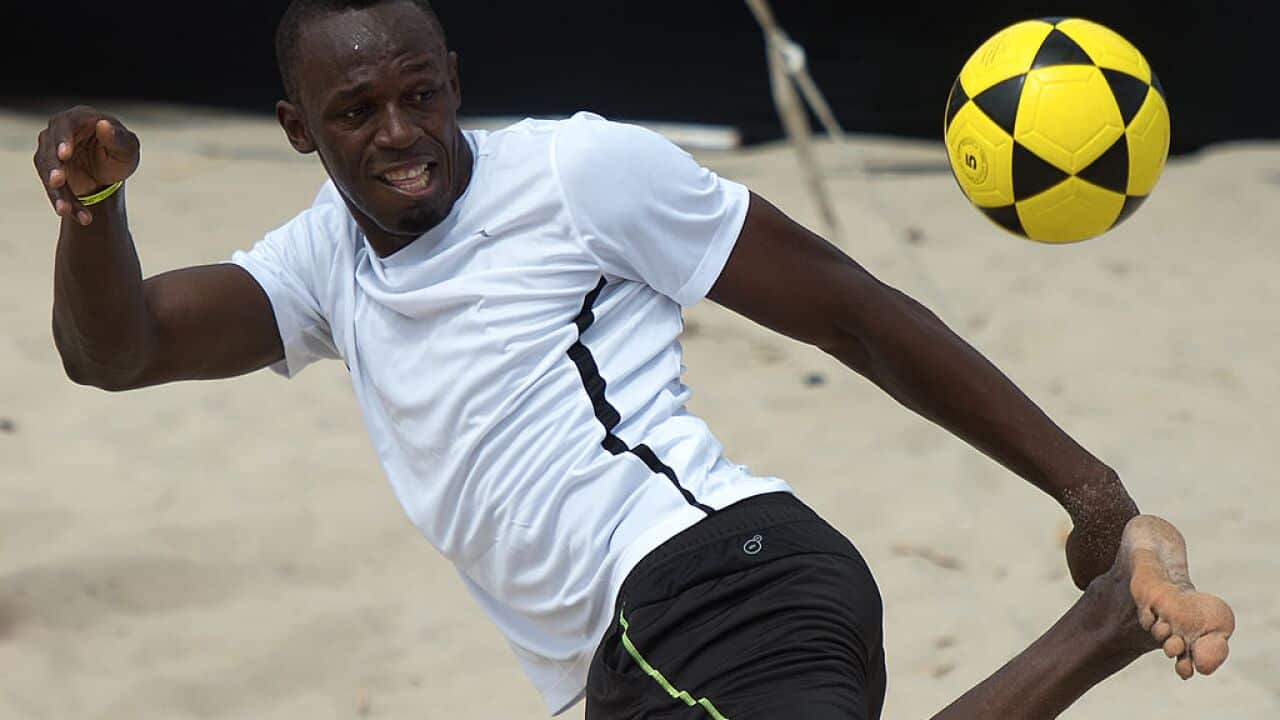 Usain Bolt has aspirations of a football career after he retires from athletics. Source: AFP

Bolt, winner of nine-Olympic gold medals, has been in discussions with Dortmund and plans are in place to spend time training with the Thomas Tuchel coached side.

The 30-year-old is expected to hang up his track spikes next year and told the Guardian newspaper he has "been genuinely talking to people" about the posibilites of becoming a professional football player.

A die-hard Manchester United fan, Bolt said he would love to one day pull on the club's famous red shirt.

Last year Bolt joked that he was hopeful of recieving a call up to join the Old Trafford side.

"So, I think if I do a trial then they would say, ' You know what, here is a contract for five years! You are 30 years old, here's a five year contract. Let's just do it!'"