Borja Baston scored an 87th-minute equaliser as Eibar denied Getafe a vital victory towards their battle against relegation in a 1-1 Primera Division draw. 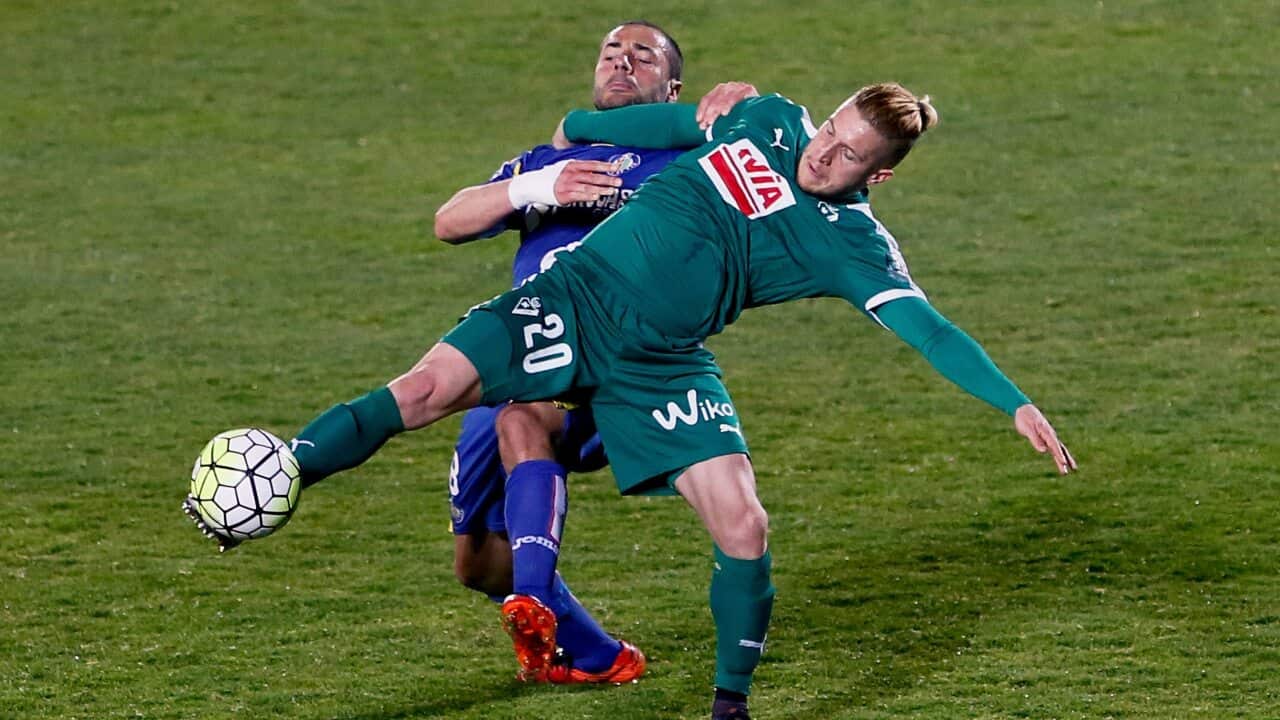 Getafe and Eibar fought out a 1-1 draw Source: AAP

The result leaves hosts Getafe in 16th place and a point above the relegation zone but they are guaranteed to finish the weekend closer to the bottom three as fellow strugglers Granada, 18th in the table, face 17th-placed Rayo Vallecano on Sunday morning (AEDT).

After the hosts' Wanderson won a seventh-minute free-kick in Eibar's half, Pablo Sarabia crossed towards Emiliano Velazquez who sent a header high into the centre of the goal, beyond goalkeeper Asier Riesgo, to give Getafe the lead.

Eibar were thereafter the vastly better team, and had they showed finer finishing ability they would have secured a comfortable victory against the team which last week lost 6-0 at league leaders Barcelona.

Advertisement
They wasted several chances, however, until Borja netted a backheel to level the scores at 1-1.

The striker had threatened with a header just minutes earlier, and when he met Takashi Inui's cross close to goal he sent an instinctive right-footed flick beyond goalkeeper Vicente Guaita's reach.