Borrello ups tempo in bid to be a Socceroos bolter

Former Brisbane Roar player Brandon Borrello has worked his way into the Kaiserslautern's starting XI in the German second division and with the World Cup seven months away, if his trajectory continues, he could be on the plane to Russia. 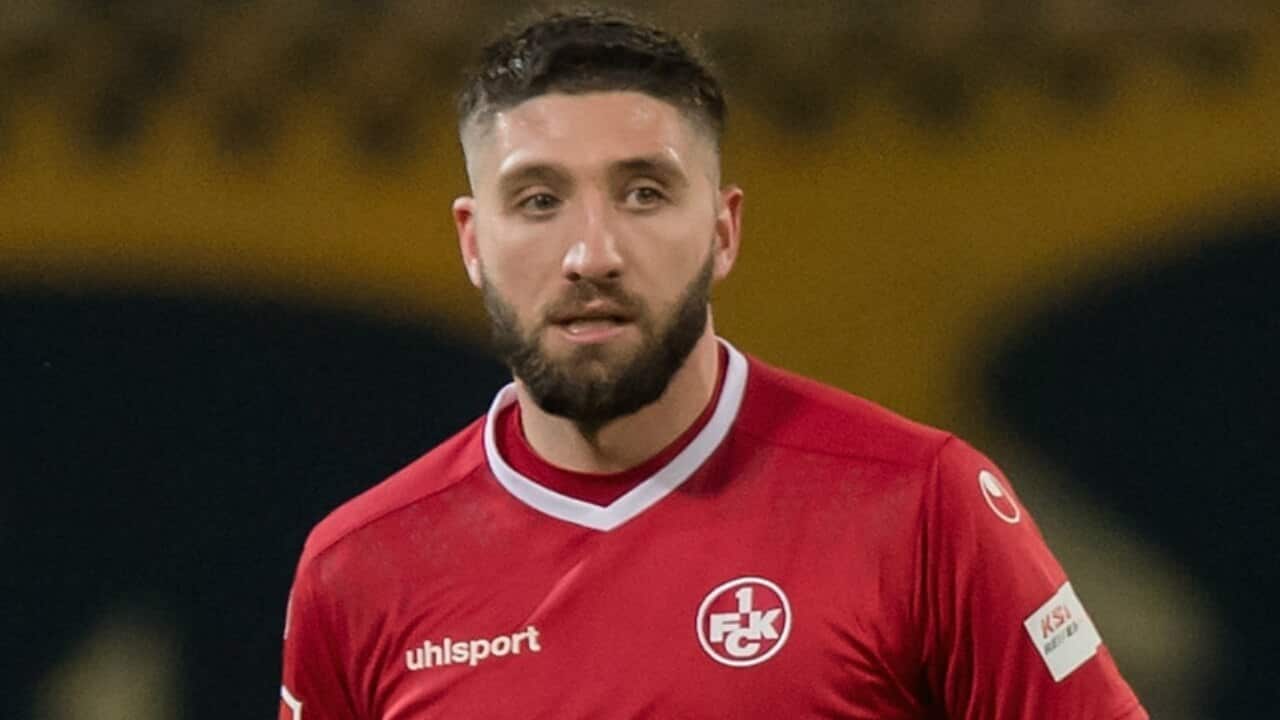 Whoever ends up landing the vacant Socceroos job might have a new name to consider as a potential squad bolter heading into Russia 2018.

If former Brisbane Roar flier Brandon Borrello maintains his current trajectory in the 2.Bundesliga, the 22-year-old's claims for a maiden call-up may become compelling.

Borrello has made five appearances for crisis-hit Kaiserslautern as he makes valuable inroads at a club already on its second coach and propping up the ladder going into Monday's (AEDT) visit of Armenia Bielefeld.

Advertisement
Borrello knows he's just at the foothills of a fledgling career in Europe, but is also aware that if he can build on the foundations he's laid anything is possible with the World Cup just eight months away.

"If I want to get called up I'm in the right place to achieve that," he added.

"This is a tough, physical, fast league, which is also strong technically.

"There are big teams at this level with some Bundesliga quality players.

"it's a big step from where I have come from and I'm still finding my feet.

"Having said that, first and foremost this is my first year in Europe and my main priority is to do my best to help my club.

"With Russia not so far away all I can do is hope for as much game time with my club as possible.

"If you look at national team players like Robbie Kruse, Mathew Leckie and Mitch Langerak, they've all been in and around the 2.Bundesliga and they know what it's like.

While the Red Devils are on the ropes, with just 10 points from 14 games, Borrello has enjoyed a breakthrough under new coach Jeff Strasser, who took over after the September sacking of  Norbert Meier.

"It's taken a little while and it's been a learning curve but the new trainer has given me a chance to make an impression," said Borrello.

"It's a hard time for the club right now but I think we can get out of it.

"I'm in a new country and I've worked hard and the rewards are now starting to come.

"They have given me a chance and I'm trying to take it with both hands.

"They think we have quality young players in the side who can do a job and hold their own and I'm grateful for that.

"It's a cut throat business here, especially when you're in a situation where unlike the A-League can lead to relegation if you don't turn things around.

"We're in a difficult spot and we can't afford to drop too many more points."

Borrello, who signed a three-year deal in May with one Germany's most storied clubs, has been filling several roles: as a right wing back, a second striker or his natural position as a right winger.

"It doesn't bother me, I am learning new positions and it is good for me to get that versatility into my game," he added.