Newcastle Jets hero Michael Bridges said that he would love to be assistant to Teddy Sheringham if the former England striker got the job of head coach at the struggling club from the Hunter. 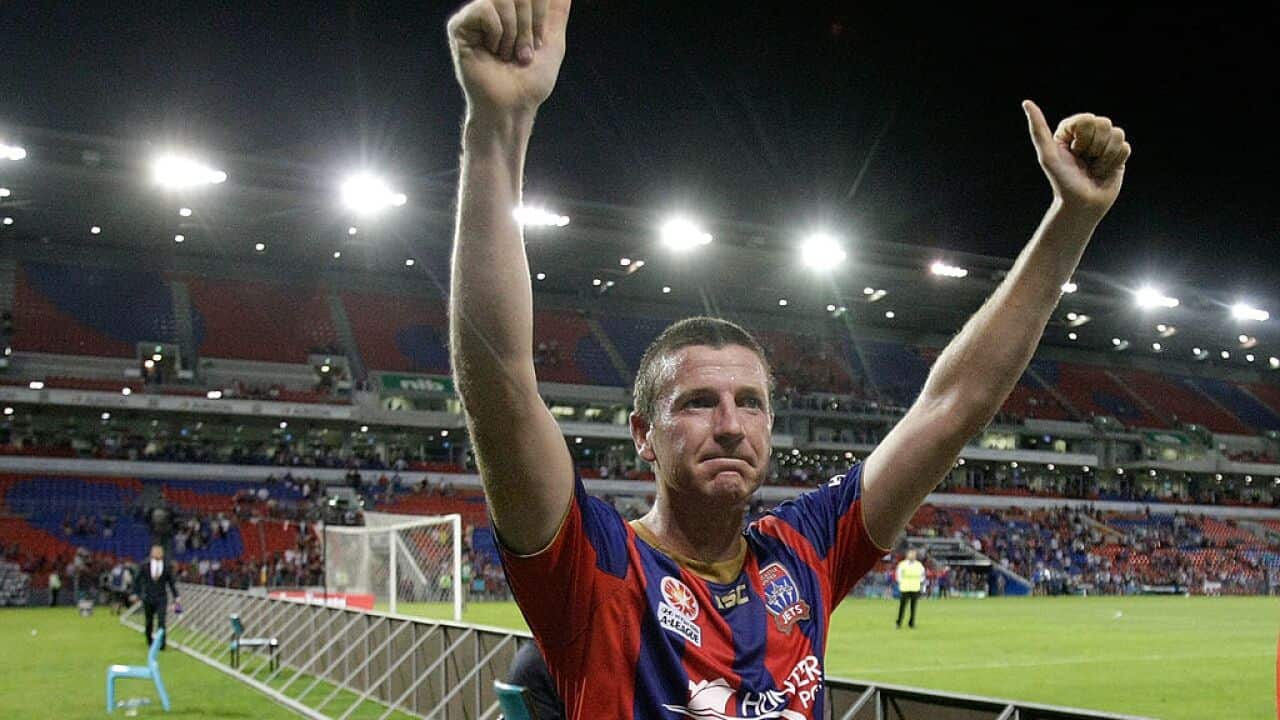 Bridges, who played for Newcastle as a striker from 2009 to 2014, has put his hand up to coach the Jets as assistant to Sheringham, who has applied for the vacant Jets hot seat after missing out to Paul Okon for the Central Coast Mariners position.

Bridges, who is one of the city of Newcastle's favourite sons, said he applied for the senior coach role after the sacking of Scott Miller and Luciano Trani last week.

But now that Sheringham has also expressed interest in the Jets position, Bridges said he would be more than happy to help the former Tottenham Hotspur and Manchester United forward settle into life in the A-League.

"I thought Scott was doing a good job and the team was playing very well but when the position became available after I had just finished my A-Licence I said I should have a crack at this job," Bridges said.

"I even applied to be manager but then the company in the United Kingdom representing Sheringham got in touch and told me that Teddy wanted the job also but he did not know the region.

"They asked me if I would be happy to work as an assistant to him so they could put a package deal to the Jets.

"Teddy wants somebody close to him who knows the area and understands the league and what goes with it.

"Obviously I said I would be interested and I can tell you Teddy is very keen to come here. You'd be surprised how many English managers would like to work in the A-League because it is getting bigger and better every year."

The Jets are understood to have a shortlist of six candidates and chief executive Lawrie McKinna is expected to start interviewing them from Thursday.

Despite their relative inexperience, if Sheringham and Bridges were to get the job they could be just what the doctor ordered for the ailing club that have struggled to live up to the glory days of the first years of the A-League when Gary Van Egmond's team won the championship.

The double act could well revive the Jets who have had to survive turbulent times since those halcyon days of season three.

But Bridges said the situation at the Jets is not as bad as many punters make it out to be.

"I don't think the club is in the doldrums," he said.

"It has just been taken over by the Ledman Group from China and the players would still be working under Miller's system so the last thing we would want to do is go in and change the dynamics of the team," Bridges explained.

"You just have to encourage the players, give them the belief that what they've been doing is right and make the transition between coaches as easy and smooth as possible."

The Jets' head coach position is one of the most unstable in the A-League.

The Jets have had eight coaches since the start of the A-League. They are Richard Money, Nick Theodorakopoulos, Van Egmond (two stints), Branko Culina, Craig Deans, Clayton Zane, Phil Stubbins and Miller.