Jackson Irvine could be set to join Socceroos teammate Mat Ryan at Brighton & Hove Albion after the newly-promoted Premier League club reportedly made a £1 million (A$1.7 million) bid for the Burton Albion star. 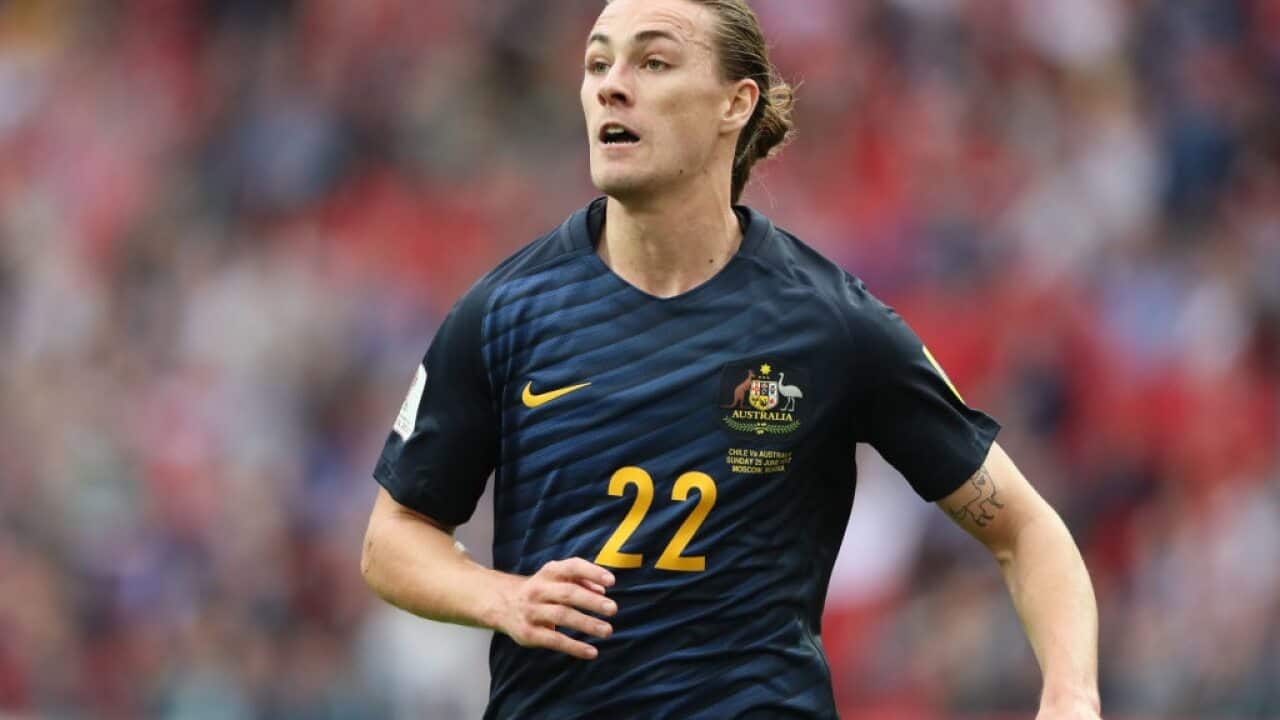 According to reports which emerged in UK overnight, Irvine has been targeted by Brighton manager Chris Hughton after an impressive display for the Socceroos at the Confederations Cup in Russia.

Hughton is on the search for new squad additions after already signing Irvine's Australia teammate Ryan from Valencia and German midfielder Pascal Gross from Ingolstadt.

Five Championship clubs are also said to be in the hunt to sign Burton Albion's player of the season with Mile Jedinak's Aston Villa, Wolverhampton Wanderers, Derby County, Sheffield Wednesday and Fulham all having expressed an interest.

Irvine revealed last month he turned down a lucrative $160,000-a-week move to China in January to remain with Burton, finishing the season with a haul of 10 goals and playing a major role in the club's Championship survival.

The former Celtic, Kilmarnock and Ross County man has two years remaining on his three-season Burton deal, after signing on a record transfer fee for the club, believed to be £330,000 (A$560,000), last July.

But the modest Midlands club might struggle to hold Irvine if one of the cashed-up Championship or Premier League clubs make a serious bid.