Brisbane Roar have defeated Melbourne City 1-0 thanks to a goal from Jamie Maclaren in front of 20,198 spectators at Suncorp Stadium. 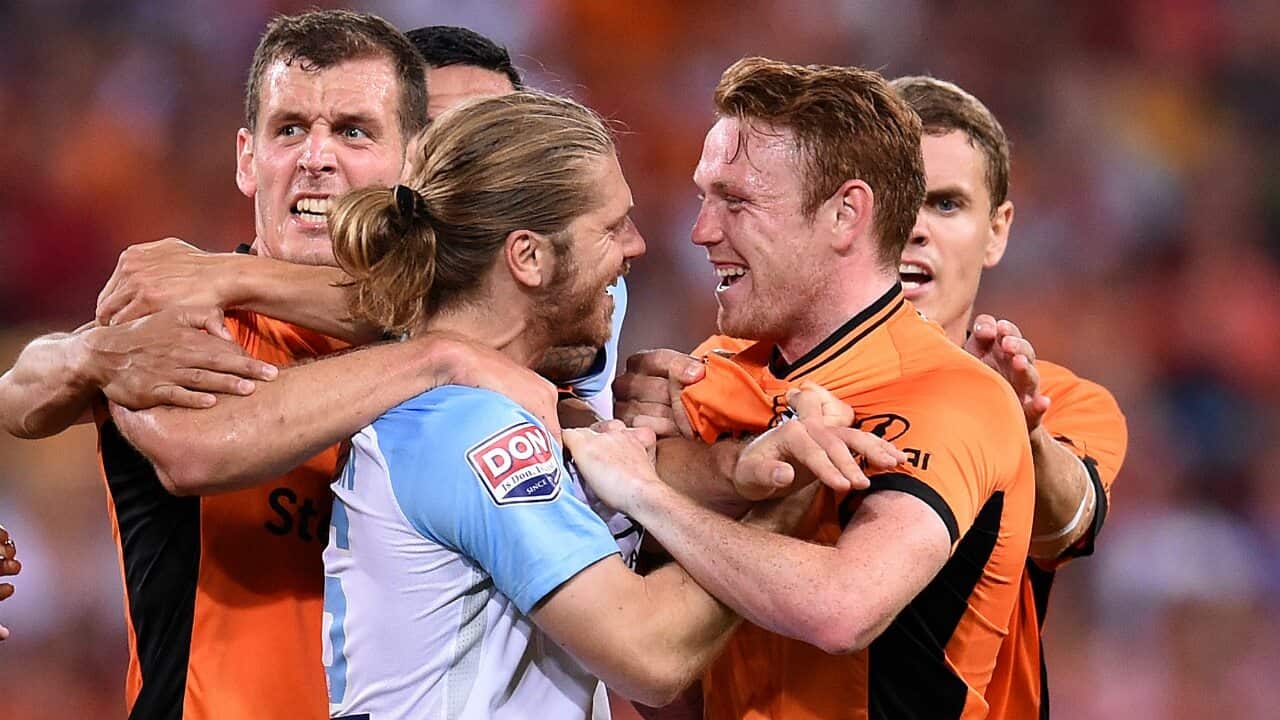 John Aloisi's side put on an effective defensive display that stifled Melbourne City's usually prolific attack, while allowed the Roar to create chances on the counter-attack.

Maclaren struck in the 11th minute when he rolled the ball into an empty net after good build-up play from Brett Holman and Tommy Oar.

Tim Cahill returned to City's starting line-up, but was unable to make an impact as Brisbane made it three wins in a row to move, temporarily at least, up to second spot on the table.

The crowd of 20,198 - boosted by Cahill, who played a full match - was Brisbane's biggest regular-season attendance since Sydney FC marquee Alessandro Del Piero's visit in October 2013.

However, neither the Socceroo great nor strike partner Bruno Fornaroli had much impact, and City finished with zero shots on target.

The Roar, who usually like to dominate possession at home, had just 37 per cent of the ball in the first half but looked by far the more threatening side going forward.