Australian Grace Brown showed that she's building some good form coming into the key classics of the 2021 season, finishing second as a late attack of three riders held off the peloton in Danilith Nokere Koerse. 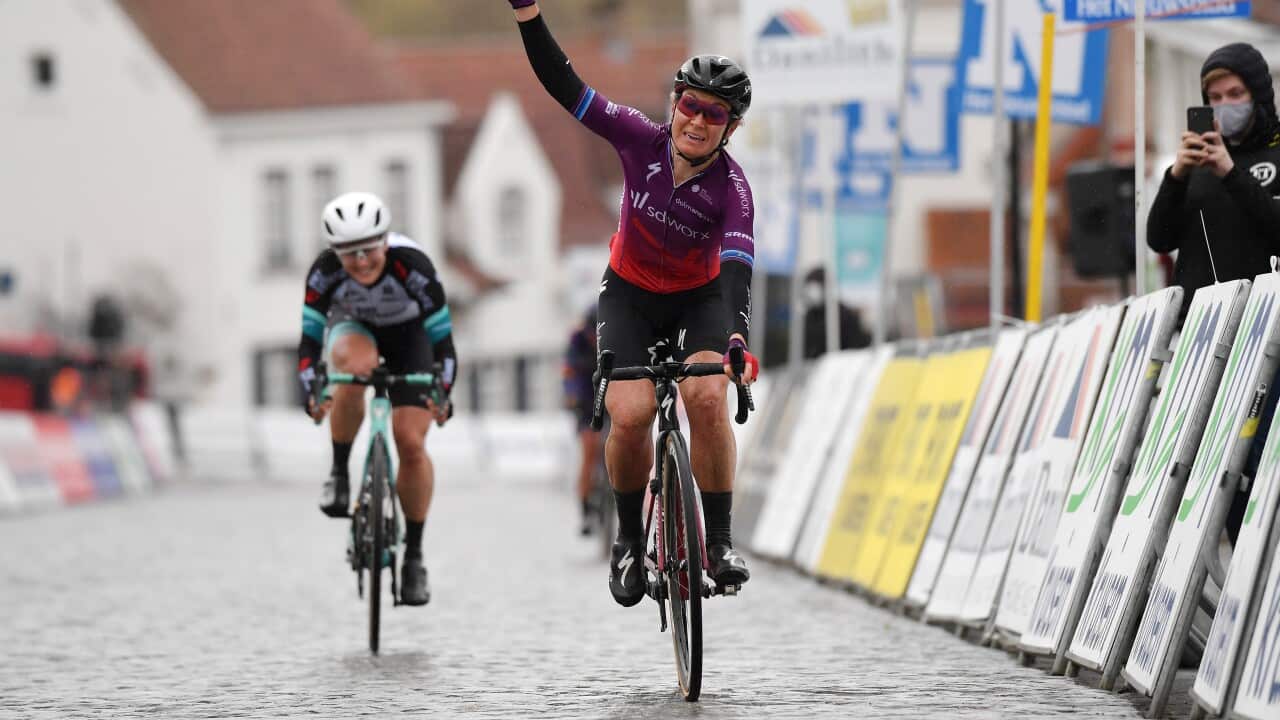 Amy Pieters (SD-Worx) took out the victory at Danilith Nokere Koerse, coming off the wheel of Brown's powerful surge up the finishing cobbled climb and out-sprinting the Australian to win the Belgian one-day race. Lisa Klein (Canyon-SRAM) finished third after dropping off the pace in the final dash to the line.

The trio had gotten clear of the peloton with 50 kilometres still to race as Brown attacked, soon joined by Peters and Klein. Their gap to the peloton yo-yoed as the other teams mounted an inconsistent chase, with the gap getting down to as low as 20 seconds at times.

However, the escapees went into the final kilometres with a winning margin and as Peters, then Klein stopped working on the front, it was left to Brown to lead into the short, cobbled ascent to the finish.

Pieters made the most of her brief time sitting on and managed to come round Brown to win.

"On the final big lap we had planned to start riding aggressively," said Brown. "Other teams seemed to have the same idea and the peloton split with just 25 or so in the front. I took an opportunity when the pace lulled a little to attack on a small cobbled climb. I realised that it was going to be really hard in those conditions to ride solo, so I was pleased to be joined by Pieters and Klein.

Despite just missing out on victory, Brown was happy with her performance leading into some of the biggest classics of the season.

"I felt strong today and can really feel my classics form building now," said Brown. "The first part of the race was a bit hectic, but as riders started to tire I settled into the peloton a bit better. I was feeling strong in the break and maybe did a bit more work than the others. I felt determined for the move to stick.

"The other two wouldn’t come around me in the final lead-in to the line, so I decided I would just go all out from the bottom of the cobbled climb. Unfortunately, Amy Pieters has a really strong finishing kick and was able to come around me.

"It would have been awesome to win, but I’m happy with how I raced and am feeling confident ahead of some of the bigger Belgian cobble classics."

Brown has experienced a good start to her season without taking the win, second in the Australian national time trial and road race before finishing eighth at Omloop het Nieuwsblad in her first European race.