Irrepressible Brandon Borrello is attracting serious Bundesliga interest as he helps spearhead Kaiserslautern’s battle for survival at the foot of Germany’s second tier. 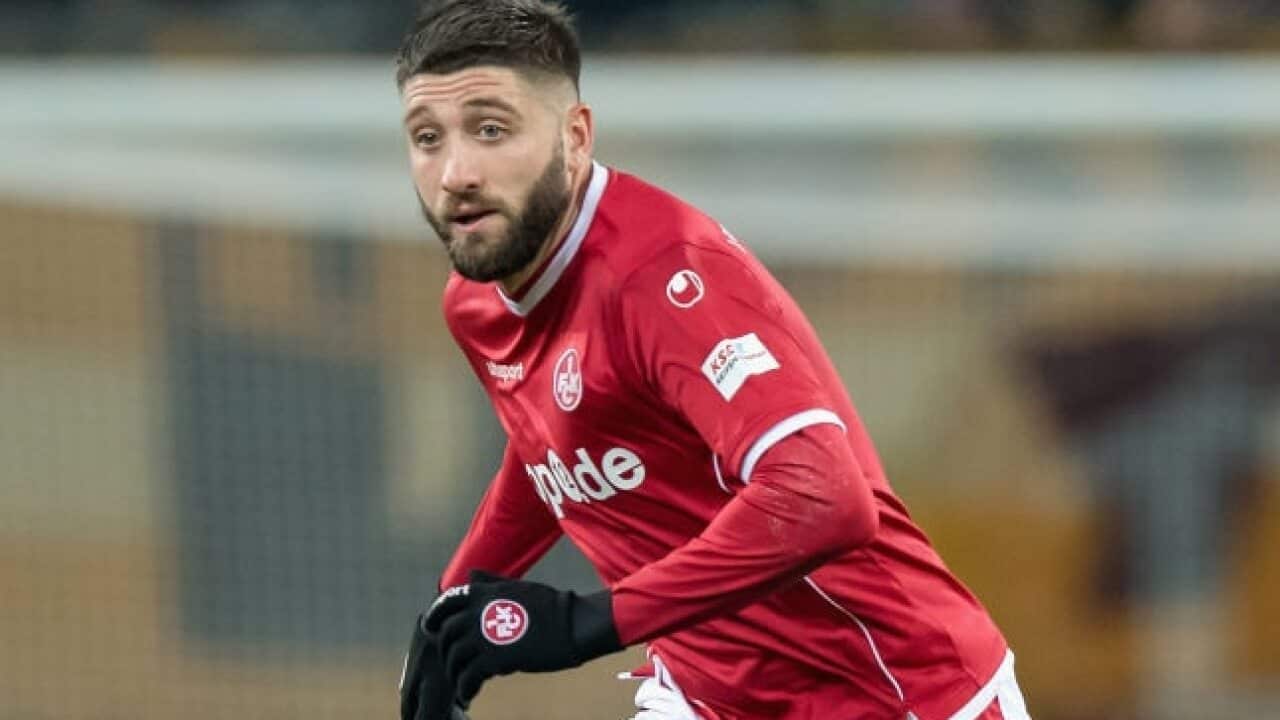 With three goals in his last four games, the 22-year-old winger has - along with Mat Ryan - emerged as Australia's on-fire export this season.

And it has not gone unnoticed among German football's elite, with Bundesliga scouts regularly attending his matches and impressed by the Brisbane Roar product’s energy, enterprise and recent eye for goal.

Advertisement
While Borrello is doing his utmost to provide salvation for his club - who are five points from safety with 10 games left - it's an open secret in Germany that he will be the subject of multiple enquiries at season's end, probably whether Kaiserslautern are relegated or not.

While he is contracted to the club until June 2020, they would be unable to hold on to him if relegation became a reality.

Ironically, when Borrello headed to Germany along with fellow Roar attacking weapon Jamie Maclaren, he was seen as the most likely of the two to have to bide his time in pursuit of a first team breakthrough.

However, Maclaren has since departed Darmstadt to Hibernian on loan, while Borrello has made 15 senior appearances, and counting.

If the uncapped Borrello fails to win a Socceroos call-up when coach Bert van Marwijk names his squad in the coming days for this month's 2018 FIFA World Cup warm-ups against Norway and Colombia, it would be a major surprise.

He appears to possess all the qualities cherished by the arch-pragmatist Dutchman: work ethic, speed, durability, versatility, athleticism and technical ability.

He boasts an unflappable temperament, and refuses to be distracted by talk of Socceroos selection, telling The World Game last month: "It (the Socceroos) plays on your mind sometimes but, given the situation at the club, that's what I’m focusing on".

"Firstly, you don’t want your head getting too big and secondly, if you think you deserve a shot and don’t get it then you're going to be disappointed.

"I try and keep those thoughts as far away from my mind as possible.

"Of course, a call up would be terrific but then if it doesn't come you'll start asking yourself what you're doing wrong, and maybe start doubting yourself.

"If it happens it happens, meantime I'm just enjoying playing week-in week-out in Europe - and there's not much I can complain about."