Bundesliga miles ahead in fan engagement

The Bundesliga may not be the world’s most profitable football league but its engagement with fans is among the very best in the world and that’s because their clubs realise that sport is a specific kind of entertainment business. 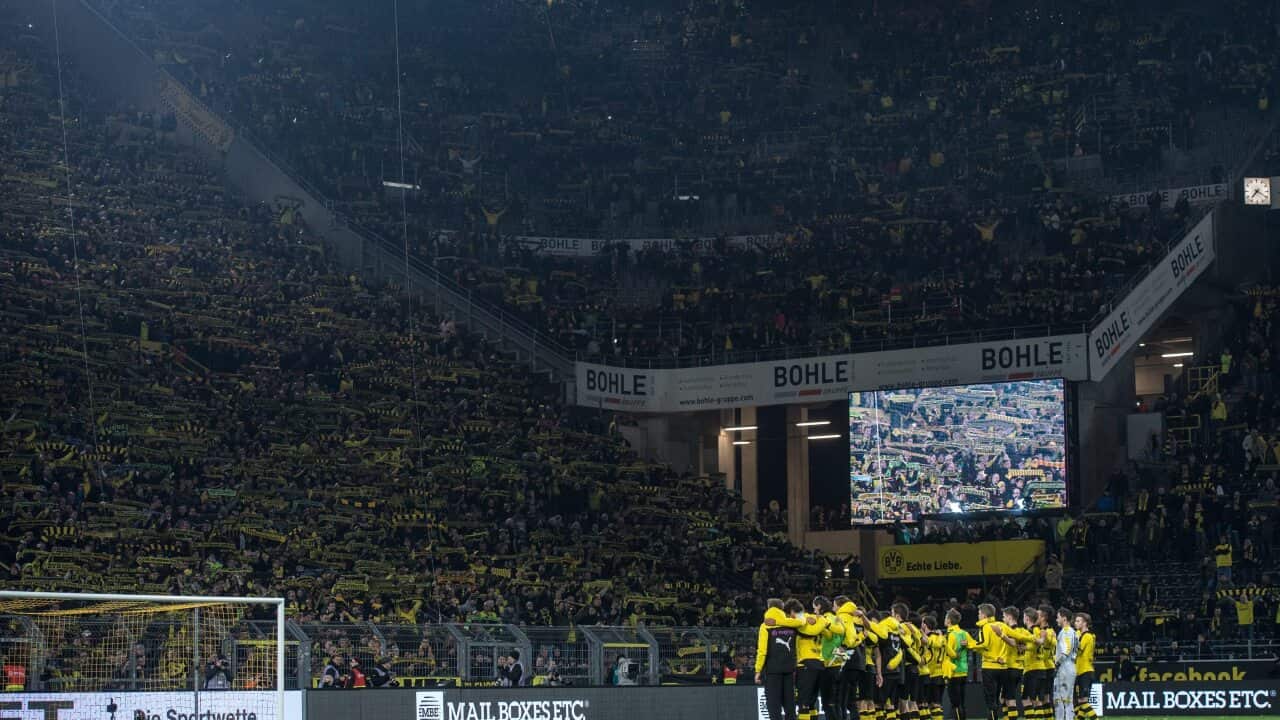 Dortmund team join club fans who hold up scarfs and sing 'You never walk alone' for a supporter that died of a heart attack during the win against Mainz Source: AAP

The way Borussia Dortmund dealt with the tragic death of a fan during the game against Mainz was a demonstration of how the club understands that it is different to a standard business.

Advertisement
Dortmund has great social and cultural significance to the people of the area and the loss of a fan is treated with the same reverence as that of an important community member.

In more celebratory circumstances, BVB and most Bundesliga clubs are always engaging with their fans after matches. Saluting them, paying tribute to them and even getting involved themselves, like Raul did when he was at Schalke.

Attendances at matches continue to eclipse those of the English Premier League, even when performances suffer. Bottom-side Hannover are still averaging 40,077 per game, nearly 6,000 more than Aston Villa.

Part of the reason for this acknowledgement of fans could be put down to the 51 per cent rule, which states that members of a club must own at least 51 per cent of the shares, aside from a few exceptions like Bayer Leverkusen.

Of course it can be rightfully argued that this rule is what prevents the Bundesliga from matching the Premier League financially, but in Germany it seems the priority is not profit.

Yet it is not only the social significance of clubs and organisations that makes sport a different kind of business to most.

It is also because of the fans involvement in creating the product, the subjectivity of the product (what is brilliant football for some, may be boring for others) and the uncertainty of achieving results and trophies, no matter how many resources are devoted to it.

Many fans often ask why some great business people struggle to run a football club as successfully as their private businesses? It’s because business principles cannot simply be transferred and applied to sport.

Knowledge of the sport and fans are absolutely vital to achieving on and off-field success, whatever that may be.

Again Bundesliga clubs are leading the way in this area and in particular Bayern Munich, who have ex-players Karl-Heinz Rummenigge as chairman and Matthias Sammer as an executive board member. Other board members include sports scientist and manager Andreas Jung and ex-sports journalist and sport business CEO Jorg Wacker.

The wealth of knowledge of the sport industry and the many facets on Bayern’s board is extremely impressive.

Just imagine when they together to discuss the performance of the coach - there is no way they can be bamboozled by a coach's excuses for poor performances with Rummenigge and Sammer in the room.

The same would go for other sections of the club, like the finance or marketing departments.

One of Bayern’s recent strategic moves was to
bring digital media production in-house
.

The thinking would be that they understand what their fans want and know better than anyone else, the best way their club can engage and deliver on that.

Even before the overhaul has taken place, Bayern and Adidas have already produced this little gem of “boss” Xabi Alonso reading and juggling at the same time.

It seems much can be learned from the pioneering work of Bundesliga clubs engagement with their most valuable asset - the fans!