Stoke City goalkeeper Jack Butland has signed a new contract with the club taking him through to the northern summer of 2021. 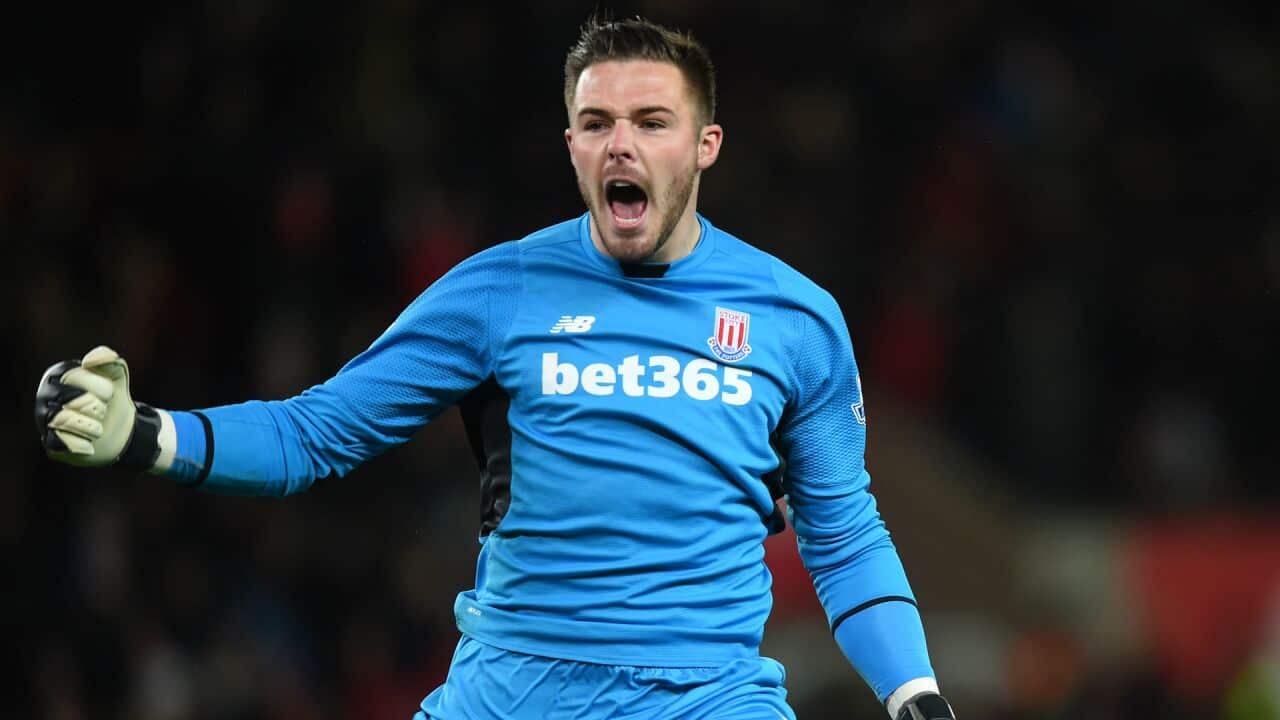 Butland, who joined the Potters in January 2013 on a four-and-a-half-year deal, only signed a fresh contract taking him through to 2019 around a year ago.

The 23-year-old has since succeeded the departed Asmir Begovic as first-choice stopper and put in a series of impressive displays this season.

Reports have suggested England international Butland - linked with some major sides this term - has been rewarded by Stoke for his fine efforts with a significant pay rise.

Stoke chief executive Tony Scholes told the club's official website: "We are naturally delighted that a player of Jack's quality has signed a long-term contract.

"We've always held Jack in the very highest regard but he has exceeded even our expectations since Mark (Hughes, the Stoke manager) selected him as our first choice goalkeeper.

"As a club we feel it's important that we tie down our talented young players on lengthy contracts and Jack's new deal is a fitting reward for his progress this season."

Butland said: "It's been incredible. I've waited a long time for my chance, worked incredibly hard for it and I am really enjoying my time here so I'm delighted to extend it even further.

"It was an easy decision to make, especially off the back of this season with the club moving forward and stepping in the right direction.

"I've felt comfortable here and I felt ready to come in and make my mark in the Premier League, which has gone extremely well.

"I joined when I was 19 and I probably bit off more than I could chew, wanting to be involved and play a big part straightaway.

"The club dealt with it brilliantly by allowing me to play games out on loan, while still continuing to train at the club and eventually the chance came along at the perfect time that suited both parties.

"I will always back myself, I'm extremely pleased with how this season has gone and the position we're in as a team so it really was a no-brainer for me. I am thrilled to commit my future to Stoke City."