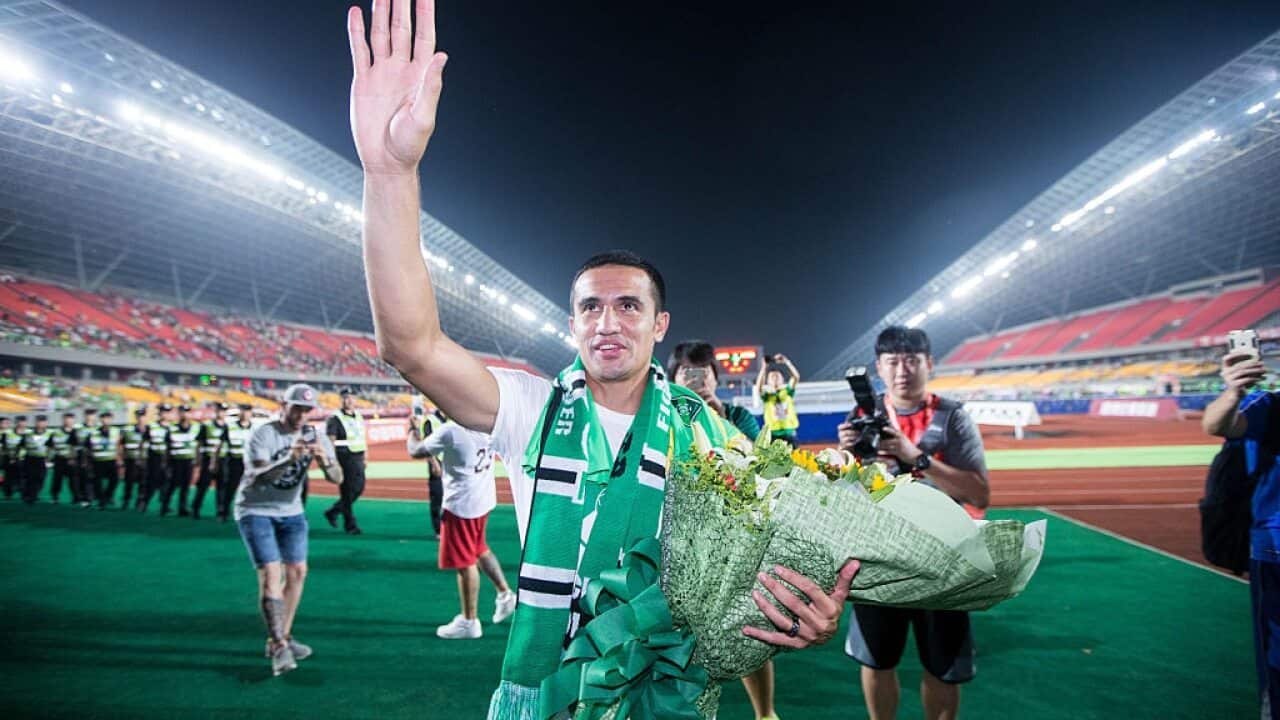 It’s been a brutal, savage and drawn out set of negotiations - and I know none of them will want to go through it again. But it was worth it in the end.

Since The World Game exclusively broke the story that Cahill had agreed to join City last month, there’s been plenty of pushing and pulling on all sides. Everyone wants a pound of flesh and then some and that that's no surprise given all parties - player, club, federation - have so much on the line.

Advertisement
At the time, we were told it should take no more than a week to tidy it all up. In fact, one week has stretched to four, and, officially, we’re still waiting.

But all that stands between Cahill and an AAMI Park next season is finding him a spot in the Etihad Airways first class cabin for the flight from New York to Melbourne.

He’s done his medical, curiously, with New York City FC - the arch-rivals of New York Red Bulls, who he starred with during his spell in Major League Soccer.

But these are the tentacles of the City Football Group, ones which stretch so far and wide that even Frank Lampard was coaxed into a season in Manchester before heading across the Atlantic.

My sources tell me that Cahill’s exact arrival date here is a mystery but that his uneviling will be “smartly timed”. The FFA will push for that it lands on a date when there is little media traffic.

One insider even noted that the AFL will lose considerable traction in their “rest week” before the finals, when no game will be played for at least 12 days.

The FFA and City may push for the last Monday in August - the day after the final round of the AFL season - to unveil Cahill in his new city.

The extra beauty of that is that with the Olympics over, there will be a real opportunity to create an enormous groundswell of interest, not just in the media, but in selling sponsorships and memberships.

However, that’s still another few weeks away, and they may not have the luxury of waiting until then. Can they keep the lid on that long?

The other question worth pondering is about Cahill’s future striker partner - or rival - Bruno Fornaroli.

It would seem unlikely the two could play in the same team and even less likely that coach John van’t Schip would deploy a 4-4-2 to accommodate them both. It will be an intriguing tactical question as the season nears.

Still, it’s one step ahead of ourselves for now. That Cahill is coming back is a massive feather in the cap for the A-League.

For all the naysayers out there, I hear you. Your point is valid, too. There is a lot that can go wrong with this deal and plenty of questionable logic has seen it get to this point.

But those unhappy need to look at the bigger picture. Cahill is big business and - this is a line I continue to maintain - the only Australian footballer with mainstream cut-through.

Every man, woman and child knows "our Tim". And if he’s playing here, that’s buying real estate on mainstream national news bulletins right around the country.

If he actually does quite well, it could have a game-changing impact on City. They’ll be able to attract the support they clearly lack and hopefully convert those curious onlookers into rusted-on fans.

It is worth noting that Sydney FC achieved record membership when Alessandro Del Piero first signed - and have duly broken it every year after. Don’t underestimate the residual staying power of the big names.

And as we all know, this is the year the A-League has to make a splash on TV. The rights are up for grabs at the end of the year and the FFA is banking on making a huge sum of money. Cahill gives them that clout at the table.

Some will be unhappy at seeing him here - the perceived "special treatment" in particular - but I urge everyone to give him a chance. Our most famous Socceroos is coming home to play in our league. It's been too long since we could say that.