Bert van Marwijk is primed to ignore the keyboard coaches, and several ex-Socceroos, and leave Daniel Arzani and Tim Cahill on the bench for Australia’s must-win match with Peru. 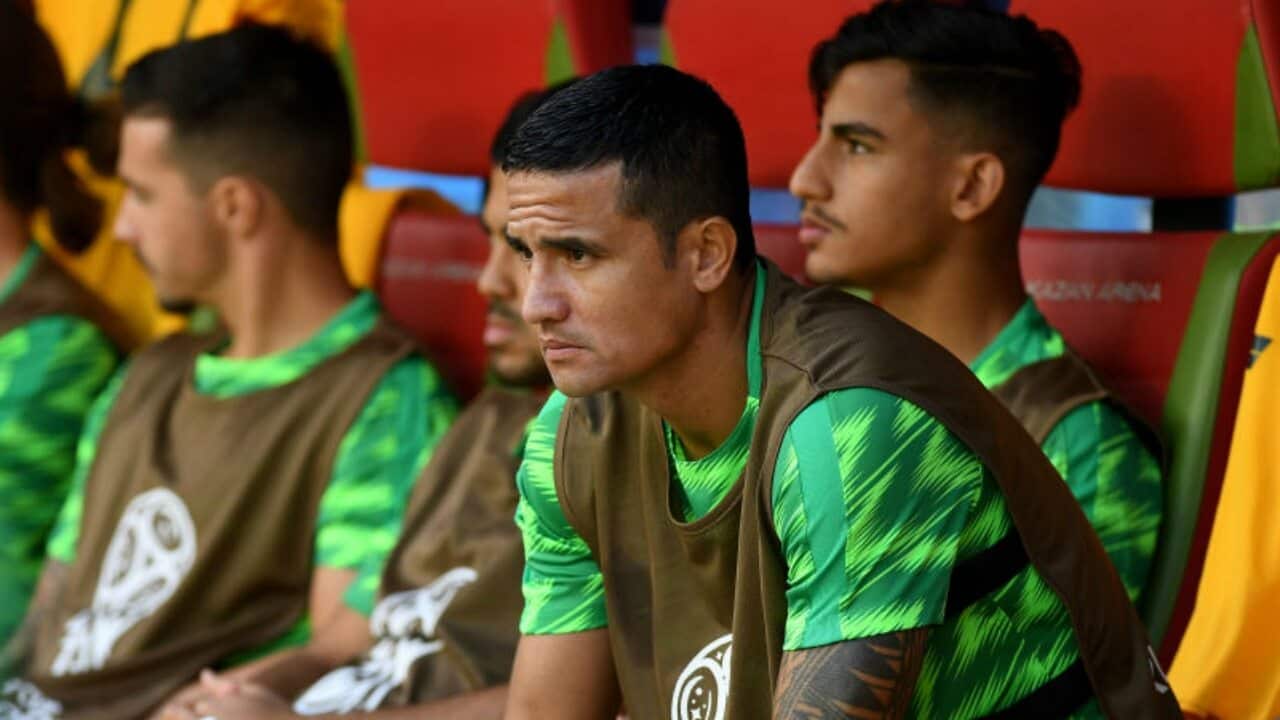 Unfazed by a tabloid-led campaign to start one, or both, in Sochi on Wednesday, the 66-year-old Dutchman has barely batted an eyelid, staring down a gallery of dissenters with an impassive gaze.

The ‘unleash Cahill’ axis, and the ‘Arzani must start’ lobby have been blowing off steam into a vacuum, with just one enforced change looming in Australia’s final Group C match.

Tomi Juric will start in place of the injured Andrew Nabbout up front, ahead of Cahill and Jamie Maclaren, who remain minute-less thus far in Russia.

Advertisement
Other than that it’s shaping as business as usual for van Marwijk with an unchanged line-up as a cherished place in the last 16 comes down to the wire.

Nostalgia-tinted calls for Cahill, 38, to be handed yet another salvation job for his country have succeeded only in irking van Marwijk, while he believes that Arzani, 19 - with just 24 senior games so far in his fledgling career - is not quite ready to start, no matter how stratospheric his potential.

All of which means that Robbie Kruse, vilified on social media after two workmanlike shifts against France and Denmark, gets another chance to silence his detractors in his wide left role.

Kruse’s biggest problem right now, at a time when Australia is searching for a potential match-winner, is that he isn’t Arzani.

He will likely make way for Australian football’s golden child as early as half-time, depending on the permutations unfolding in a match where even victory will be rendered meaningless if France don't beat Denmark in the simultaneous meeting of the group’s top two.

All-time Socceroos leading scorer Cahill, goalless in just 157 minutes of club football in the past 12 months at Melbourne City and then Millwall, might be called upon at some stage as the match unfolds.

But it’s probably best not to bank on it.

Patience, and a deep defensive structure, remain the bywords for van Marwijk, who sees no reason to dump a strategy which has won Australia admirers in Russia against a free-flowing Peru who can play with freedom after already being eliminated.

“I have confidence in all my players, the only thing that you know and they know is the last step,” he said in reference to Australia’s inability to score from open play in their last four competitive matches.

“We have to reward ourselves for the work we do and the way we play.”

There have been suggestions around the camp that van Marwijk was weighing a re-shuffle that would have seen Kruse excluded, with Tom Rogic switched from playmaker to fill a vacancy on the right created by Mathew Leckie switching to the left wing.

Aaron Mooy would, in turn, have been handed the No.10 role, allowing the luckless Massino Luongo, a spectator thus far, to slot in alongside Mile Jedinak.

However, it seems such a scenario may not have made it beyond the white board stage.

A straight swap between Kruse and Arzani was also considered.

But, ultimately, van Marwijk’s reluctance to gamble looks to have won the day.