Sutherland Shire mayor Carmelo Pesce said he expected to learn next month what ideas Australia superstar Tim Cahill might have to help a potential A-League club in southern Sydney get off the ground. 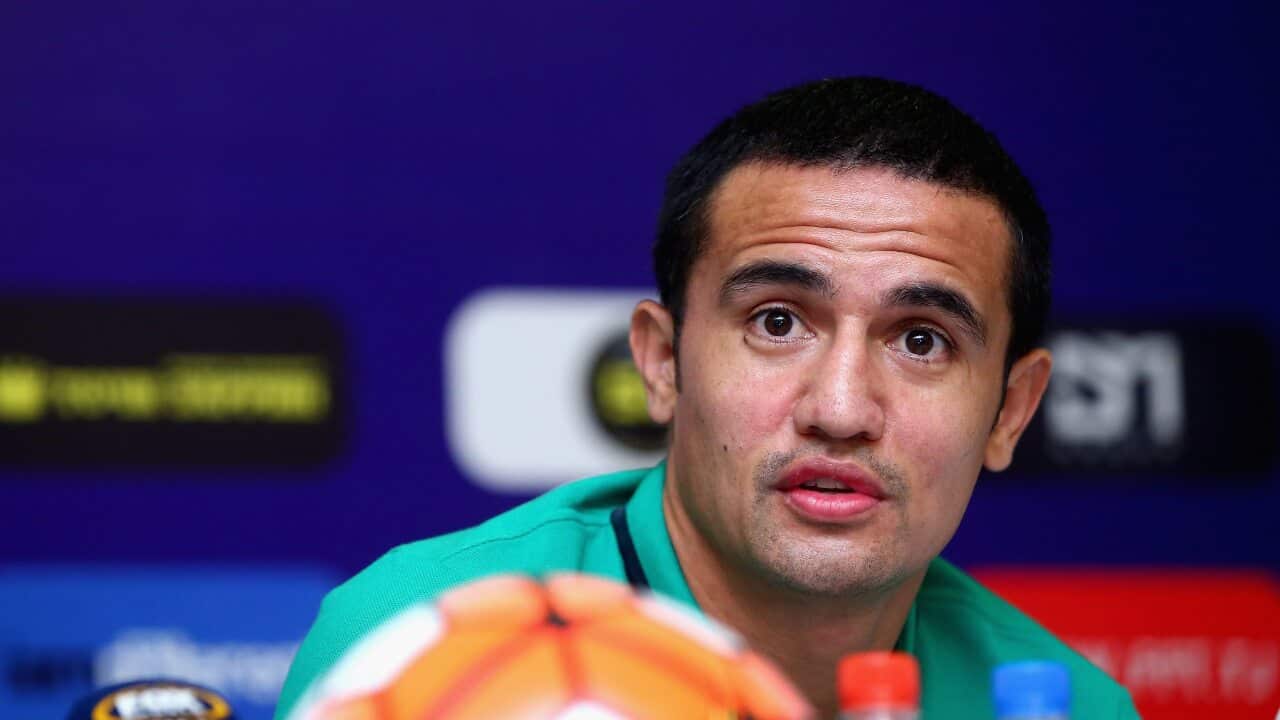 However, Pesce warned football fans not to get ahead of themselves with speculation about the degree of any involvement Cahill might have in such a push, saying he could not be clear on what the Socceroos forward's thoughts were until he spoke with him.

Advertisement
The Sydney Morning Herald
reported
on Friday that 36-year-old Cahill, currently playing for Chinese club Shanghai Shenhua, was emerging as the possible face of a third A-League team in Sydney, particularly if a quick replacement for Wellington Phoenix was needed in time for next season.

Wellington are still not licenced to continue competing beyond the current A-League season at this stage and are continuing discussions with Football Federation Australia on that matter.

A decision on the addition of a third A-League club in Sydney could still be several years away, as part of expansion, unless an opening in the 10-team competition comes up in the meantime.

Pesce was quoted in the article saying Cahill was a big supporter of football in southern Sydney and that there were plans for the pair to catch up in the New Year, when Cahill is expected to visit Down Under during the Chinese competition's off-season.

The mayor has since told The World Game he had been bombarded with questions about whether Cahill could end up playing for a southern Sydney club but that it was too early to speculate on that.

"Someone I know who knows Tim said to me that, in the New Year, Tim would like to have a coffee and if he can assist in any way he would love to help me," Pesce said.

"People are asking me if that means he'll be playing for the team but I haven't even had a chat with him yet and there is no team at this stage.

"It was someone who is very close with Tim who approached me on Tim's behalf. He said if I wanted any assistance, any information, that Tim, because he's a local, his family comes from here, would like to help.

"I'm getting a lot of calls now about what it means but it's too early to speculate on any particular involvement.

"Yes, Tim is supportive, because he's local and he's passionate but I won't know any more about how he might be able to help until I talk to him."

It remains uncertain whether Phoenix will continue in the A-League beyond this season. They can apply for a four-year licence after originally having a 10-year licence renewal denied.

"Wellington Phoenix and FFA continue to discuss the situation. The onus has been on the club to put alternatives in place since October 26 when the board of FFA determined that the club's application for a 10-year licence extension would not be granted," an FFA spokeperson told the Herald.

"The Phoenix has the option of requesting that FFA lodge an application to the relevant football authorities to seek approval of Phoenix's participation in the Hyundai A-League until the conclusion of the 2019-20 season. Such an application is required in order to seek exemptions from various statutes of Football New Zealand, Oceania Football Confederation, Asian Football Confederation and the Fédération Internationale de Football Association [FIFA]."

Wellington reacted angrily to what FFA had to say on the matter.

"The statements made by the FFA spokesman were ill-conceived, uninformed and unhelpful in the ongoing negotiations around the extension of the Phoenix licence," a Phoenix spokesman told The World Game.