Clubless Australia attacker Tim Cahill has rejected a $5 million bid from a Chinese second tier side in a move his agent said proves “he is far from money hungry” after Football Federation Australia insinuated the star snubbed the A-League because they couldn't "meet his needs.” 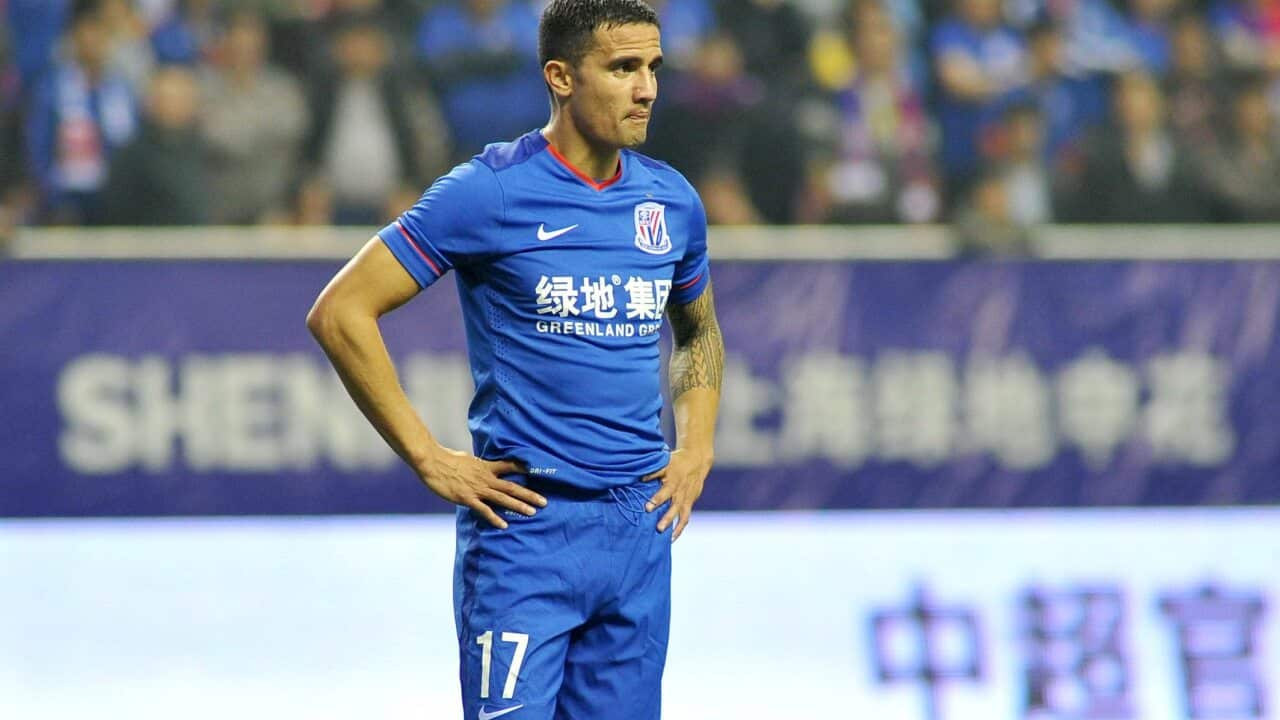 Stung by FFA chief executive David Gallop’s public chastisement, a “hurt” Cahill went on the front foot in recent days to proclaim that at no time has he held talks with the FFA over contractual terms or cash.

Advertisement
Cahill's representative Ante Alilovic has weighed into the row and said the 36 year-old forward is more motivated by his desire to continue representing the Socceroos than boosting an already well stocked bank balance.

Alilovic, who brokered the multi-million dollar deal which took Cahill join Shanghai Shenhua 11 months ago, is now spearheading Australia's all-time top goalscorer's quest for a new club before the transfer window closes in China on Friday, and in Korea Republic and Japan towards the end of next month.

“People are putting Tim in the category where he is money hungry, I can tell you he's not,” said Alilovic of Cahill, whose contract was mutually cancelled after Shanghai Shenhua’s Spanish coach Gregorio Manzano decided he had no use for him.

On Saturday, fellow foreigners Avraam Papadopoulos and Momo Sissoko followed Cahill out the door, as the club confirmed the capture of Obafemi Martins.

“I don’t know his financial records but looking at where he’s played and what he’s done I don’t think Timmy's short of money. It’s not what motivates him," Alilovic said.

“People say 'oh he’s at the end of his career and is just looking for another pay day, that’s all he wants. That’s why he went to China'.

“But we have clubs in the Chinese second division that want him. They are offering massive money, ridiculous sums ... more money than he was earning at Shanghai.

“But he doesn’t see it like that … he has turned these offers down because he doesn’t feel it would be good for his career.

“He wants to go to the next World Cup and wants to help Australia progress through the qualifying stages.

“If he was money hungry, he could have opted to go and collect his $5 million in the second division and would have told everybody to stuff themselves. That sums it all up for me.”

Alilovic, who has also fielded offers from Korea Republic, said there was also strong interest from a Chinese Super League club, believed to be fellow Australian Matt Spranovic’s Hangzhou Greentown, but that nothing had been finalised.

“Tim wants to get playing and get back on track after what’s happened at Shanghai," he said.

"We are going to look at the best option for him. It’s not about money it’s about him playing and proving a point that it was the wrong move from Shanghai to let him go.

“In terms of Shanghai, it wasn’t the club that wanted to let him go ... it was the coach who made the call.

“If the coach doesn’t like your style of play, he will change things for sure … that’s not only with Tim ... it’s everywhere around the world.

“Realistically every window has closed apart from Korea, China and Japan, and obviously it's one of this places where he can play now.”

Alilovic said Cahill is feeling "a bit up and down" over how he has been portrayed by the FFA and the ensuing social media whirlwind, some of which cast him in a negative light.

“Tim is upset over what has happened in Australia with the FFA, with people saying he’s taking money from his academies but theydon’t know that his Foxtel academy is free to players.

“He’s been made a bit of a scapegoat and it has affected him. The reality is he’s been an ambassador for this country and for the FFA to come out and say the things they have is not really appropriate.

“I can’t believe that somebody of his calibre has been treated like this by the FFA.

"Why couldn’t they have kept it in-house, and have talked with Timmy direct.”

The FFA’s critique of Cahill was in response to comments from the veteran that the A-League “was in a rut” and the governing body and clubs needed to show “long term vision” for lure him back home.

“Timmy was right in his comments about the A-League needing to change because there are some big issues there,” Alilovic said.

“He would have considered the A-League if it had been approached in the right way and they had shown that love and respect for Tim as one of the Socceroos greats.

“The FFA could have sat down with him and discussed how to move the competition forward and could have told him he’s the man to do that.

“But they have treated this in a different manner and have absolutely killed him.”