Central Coast owner Mike Charlesworth has saluted the courage of Usain Bolt in “putting his brand on the line” by attempting to win a contract with the unheralded A-League club. 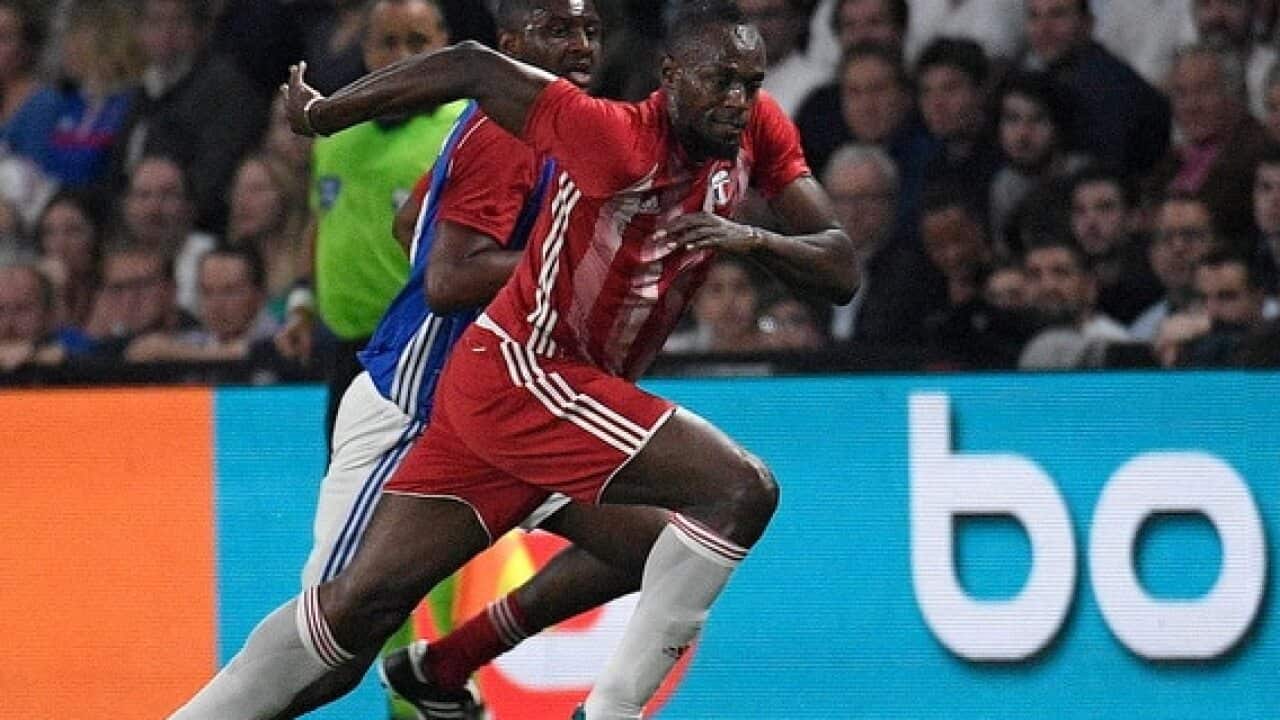 Still the darling of cashed-up sponsors, the 31-year-old sprint legend’s legacy could lose a coating of lustre should his extended audition with Mariners fall flat.

And Charlesworth admires the eight-time Olympic champion’s chutzpah in attempting to succeed in a new sporting pursuit where ridicule could rain more readily than recognition.

“I’m sure Usain has the capacity to earn a lot of money elsewhere ... but coming to develop his skills with the Mariners shows a huge strength of character and that his heart’s in the right place,” said Charlesworth.

Advertisement
“To a certain extent, he’s putting his own brand on the line and I respect that.”

Charlesworth said Bolt, whose larger than life persona invites an element of awe, is going to have to “muck in with the boys” and milk knowledge from the coaching double act of former Manchester United assistant Mike Phelan and Mike Mulvey when he descends on Gosford on Saturday week.

“Like any new player we’ll be giving Usain the best possible coaching and advice, and of course every opportunity to succeed,” he added.

“I think every sports fan globally will be asking themselves ‘can he make it as a professional footballer at a quality standard league?’ We all want that question answered.

“If he can we’ll be addressing the issue with the FFA and sponsors but I see no major issues in working this out if he’s capable of playing at A-League level.”

Asked if Bolt's arrival will outweigh that of Keisuke Honda at Melbourne Victory, Charlesworth was diplomatic.

“Honda is a huge name in Japan and a top quality player that I’m sure will deliver for Victory,” he said.

“We’ll just see how things develop over the coming weeks but like Honda this helps put some spotlight on the A-League, which it deserves internationally as a quality brand.”

Prior to any decision on Bolt’s viability as the real deal, Charlesworth is relishing the buzz generated already by his impending arrival.

“Just having him here will create a debate which didn’t exist before and that’s what football is about all about, opinions,” he added.

“It’s of significant importance to the Central Coast from tourism to the local businesses.

“A playing contract will be based on his ability and the football department will decide whether he can add value or not to the first team.

“If, and when, he plays his first game everybody will be fascinated to see his athleticism and potential to perform.”

Charlesworth admitted that when Bolt was first suggested as a potential target he thought it might be a bridge too far, but he decided to “think outside the box”.

“He’s coming hnow and while of course there is a commercial upside, I’m just fascinated to see how we can develop him and what he might be capable of,” he said.

In a mirthful reference to Bolt’s speed - he still holds the 100 meters world record of 9.58 seconds - Charlesworth joked that the Mariners might need to “play some long balls over the top” to exploit his blistering acceleration.