Canberra United are the latest team to make a claim on second spot in the W-League thanks to a 4-1 win over Western Sydney Wanderers on Sunday. 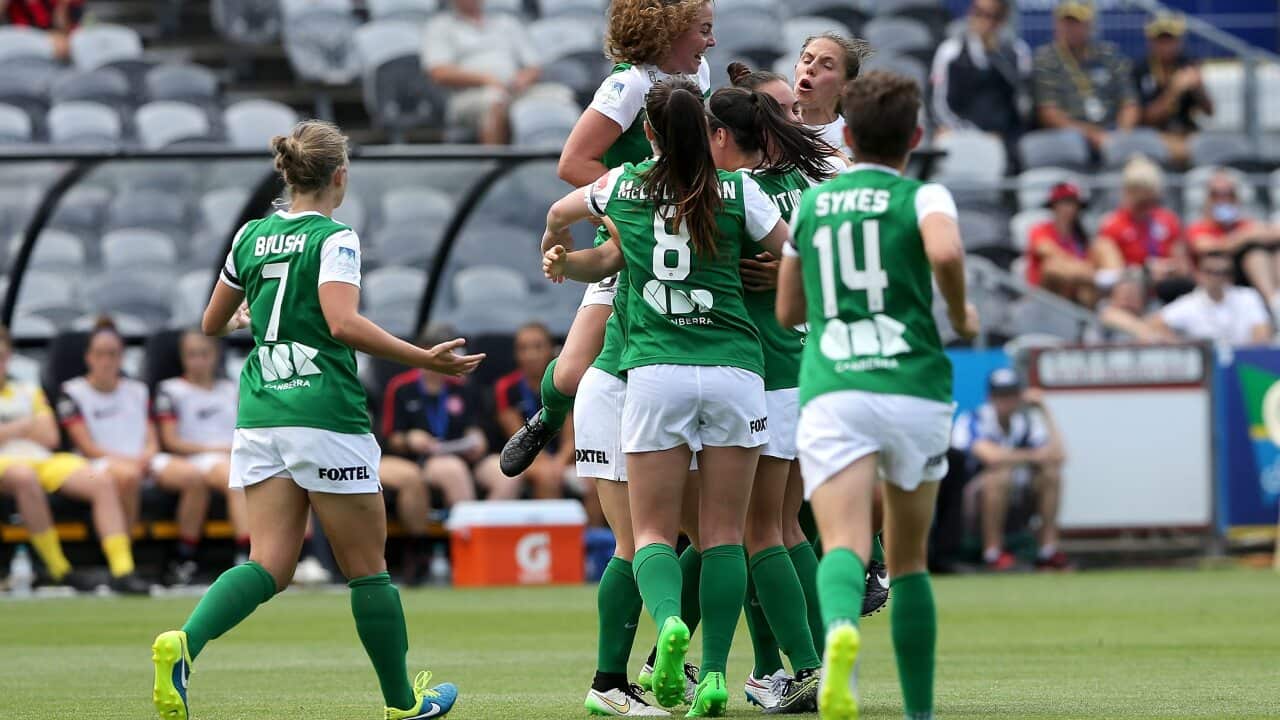 United midfielder Kendall Fletcher scored in each half but last season’s champions were pushed hard by the Wanderers until two late goals ended the contest.

However, Canberra remain eight points in arrears of leaders Melbourne City who weren’t in action on a weekend where many teams were shorn of their Matildas personnel due to international commitments in Korea Republic.

Advertisement
Newcastle Jets and Sydney FC both jumped into third amid a congested ladder thanks to victories over Brisbane Roar and Adelaide United respectively.

The Jets, who are clear of the Sky Blues on goal difference, impressed in Brisbane winning with goals from Adriana Jones, Caprice Dydasco, Jenna Kingsley and Megan Oyster.

Sydney FC won 1-0 at Adelaide on Friday evening with Jasmyne Spencer - the Sky Blues’ top scorer from last season – opening her account for the campaign.

Bottom side Melbourne Victory finally got off the mark in stylish fashion with a 3-1 win over Perth Glory on Saturday evening.

Hayley Raso found the net,  Whitney Knight scored off the bench while Christine Nairn struck a classy free-kick.
Next Sunday will be highlighted by the Melbourne derby at Kingston Heath.