Western Sydney Wanderers star Dario Vidosic said Romeo Castelen's confidence has not been rocked by a string of misses and that the Dutchman knows the only way to get out of the goal-scoring funk he's in is to keep shooting. 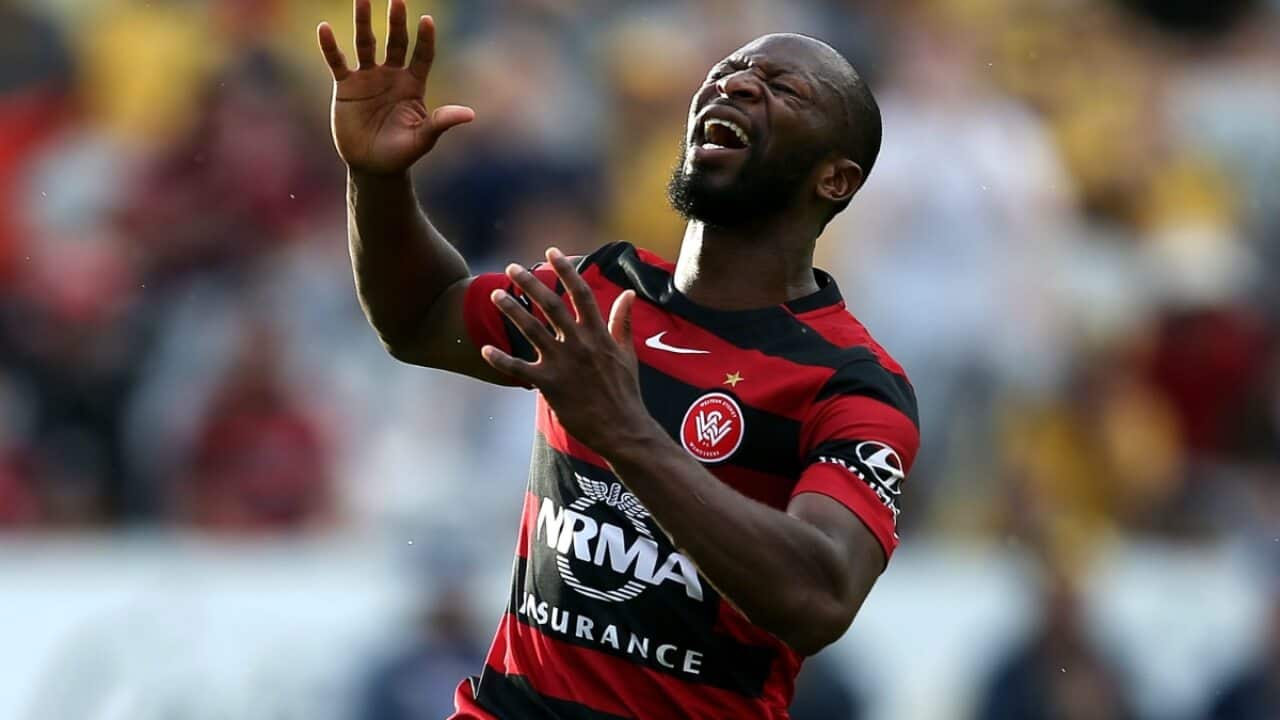 Advertisement
All season, winger Castelen has been fabulous with the ball at his feet, taking on defenders and beating them and sending dangerous balls into the box, but when it comes to taking shots himself he has struggled.

Castelen has taken the most shots of any Wanderers player - 47 in 19 games - but scored just once.

But Vidosic, who was himself struggling to score until he came up with important goals in each of the last two Sydney derbies to add to an early-season goal, said there was no way Castelen would make the mistake of shying away from shooting.

"If you don't shoot you'll never score, as the saying goes, and at training Romeo's shooting and scoring and so is everyone else when we practice our attacking plays, so the confidence is high," Vidosic told The World Game.

"You just have to continue to get into goal-scoring positions, that's the most important thing, and one day your luck definitely has to turn. Romeo knows that, he has played at a very high level in Europe and been a professional for a very long time.

"He's still very confident, he's still the same guy and he's being encouraged by everyone at the Wanderers to keep doing what he's doing and pretty soon he'll score."

Vidosic said sometimes it was a very thin line between not scoring and scoring a lot.

"I know myself I've had very good chances this season that were stopped by great saves by the goalkeepers," he said. "Danny Vukovic (Melbourne Victory), they were saying it could be the save of the season, and Glen Moss (Wellington Phoenix) the week after made a very good save.

"Sometimes it's just a matter of a few centimetres to the left or right, up or down, that makes the difference between it being a goal or not being a goal, hitting the crossbar or a fantastic save from the goalkeeper.

"The important thing to keep in mind is that you're still creating those chances and still putting yourself in a position to score and Romeo's doing that. Pretty soon that couple of centimetres will go your way and you'll see the ball go into the back of the net.

"I make sure I stay confident in myself. Maybe at training stay back a little bit, maybe slow down a little bit more in front of goal, just take it a little bit easier, but above all you just have to remain confident. Romeo knows all of that, he doesn't have to be told."

Marquee striker Federico Piovaccari struggled to score goals for Wanderers and after coming up with just two in 12 games he has been left out of the team recently.

Mark Bridge and Mitch Nichols have been doing the bulk of the scoring, with nine goals apiece, while regular substitute Brendon Santalab has pitched in strongly with five.

"We're dominating games and creating chances, but as a team we haven't put the ball in the back of the net as much as we probably should have," Vidosic said. "But that's the nature of the game. Not every single chance is going to go in, 'keepers make great saves or it hits the bar or deflects.

"But we're still on top of the table. We're obviously very happy with our position, but we need to focus hard and make every chance count from now on. We know it's going to be a tough battle over the last seven rounds, because teams are going to come at us."

Wanderers will play Perth at Pirtek Stadium on Friday night. Glory have been in great form recently and are now just one point outside of the top six.

Vidosic said he was really looking forward to the game and that scoring a couple of goals in big games recently had made him believe he is going to score every time he plays.

"I always try to have that mentality," he said. "I'm getting into good positions and creating good opportunities. It's about getting in the box and being in a spot where you can be a danger, and maybe score.

"Sometimes the ball will come your way and you have to be ready for that moment and last week 'Bridgey' put in a fantastic cross and I'd been practising my heading, so it's always nice when the things you practice get rewarded in a game.

"We would all like to have scored 10 goals each this season, but what matters now are the games that are left. We couldn't be in a better position. We're all switched on and locked in and we're ready to go for the last seven rounds, starting against Perth."