Celtic are booed after disappointing draw with Ross County

Scottish Premiership leaders Celtic were jeered from the field after drawing 1-1 with Ross County. 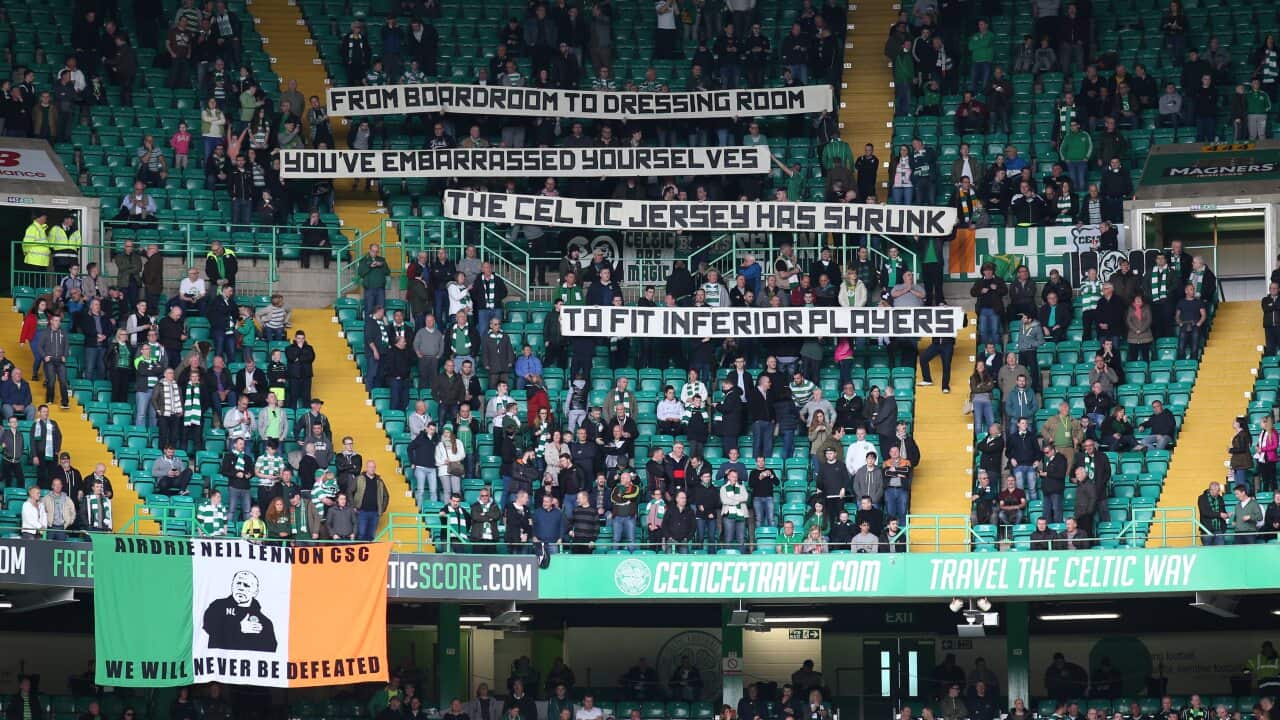 Celtic fans jeered their own players after the draw with Ross County. (AAP) Source: AAP

The Hoops have still made progress towards the title after closest rivals Aberdeen lost on Friday night, and are now nine points clear, but with manager Ronny Deila on his way at the end of the season these do not feel like celebratory times.

Leigh Griffiths gave Celtic the lead after 23 minutes but they could not add to that before Stewart Murdoch levelled in the 64th minute.

Advertisement
Inverness eased any lingering threat of relegation by coming from behind to beat second-bottom Kilmarnock 3-1.

Kallum Higginbotham had given Lee Clark's men the lead towards the end of the first half but Caley Thistle drew level 10 minutes after the break, Greg Tansey netting a penalty after Jamie MacDonald was sent off.

Ross Draper and Danny Williams then sealed the win to move Inverness 11 points clear of 11th spot with four games to go.

United got a late consolation through Simon Murray in the 89th minute but remain eight points adrift.