Bradford City's in-demand Socceroos defender James Meredith has played down mounting interest from the Championship, insisting his priority is to win promotion with the Bantams. 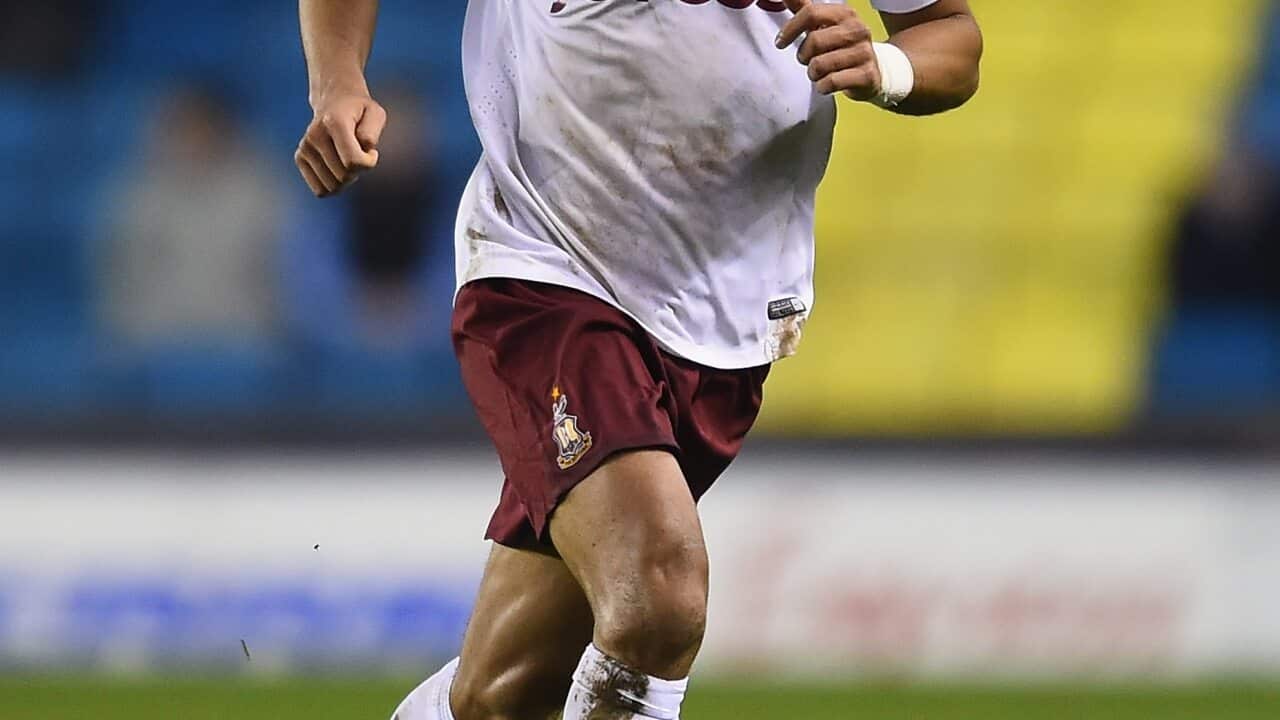 The breakthrough Australia left-back has been a model of consistency over the past four seasons, and his international elevation last November at the age of 27 has clubs like Wolverhampton Wanderers, Brighton and Reading hovering with intent.

But Melbourne-raised Meredith, who burst onto the international arena for Australia last November, isn't letting his head get turned.

"I have had a really good four years or so at the club, and while I’m obviously ambitious I would love nothing more than to fulfill those ambitions with Bradford," he said.

Advertisement
With League One Bradord lying 10th and still in touch with the top six, Meredith said: "We’re still in with a big chance of making the play-offs and that’s what I’m focused on right now.

"I am aware there’s been a bit of interest out there from time to time, but I just want to do the very best I can for this club and its fans, because they deserve every bit of success we can bring them

"We've just lacked that little bit of consistency so far this season, but we are not out of it yet.

"We're only three points off Millwall in sixth spot and there’s time and opportunity for us to make a surge into the top six for sure."

The Bantams travel to league leaders Burton Albion on the weekend in a real test of their credentials, with Meredith saying: “It’s going to be a battle but we're up for it and there’s no doubt we have the talent in the squad to beat anybody in this league."

An impressive Socceroo’s debutant in the 3-0 FIFA World Cup qualifying win over Kyrgyzstan in Canberra 10 weeks ago, Meredith looked assured again in the 4-0 victory over Bangladesh four days later before being forced off with a foot injury.

He is now locked in what is emerging as a three-way tussle with incumbent Jason Davidson and rising Liverpool rookie Brad Smith for what has become a much-coveted left-back spot for his country.

“I thought I did quite well in my first game and being involved with the national team has always been a dream of mine," added Meredith, whose energy, combative nature and wily sense of timing has won him a host of admirers both at club and national team level.

“There’s so much professionalism running through the entire set up, and I am hoping I can stay a part of things, keep doing well for my club and be in the squad for March’s World Cup qualifiers against Tajikistan (in Adelaide) and Jordan (in Sydney).

“From the boss's point of view potentially having three us all competing for a spot will only be a good thing.

“Jason’s a quality player who showed what he can do at  the last World Cup and also the Asian Cup, and of course young Brad has been playing in the FA Cup games for Liverpool and looks like a really good prospect, very composed and confident in the way he goes about things.

“I think I have my own qualities. I like it get up and down, I play with a lot of energy and while I love to be part of the offensive side of the game, I make sure to devote a lot of time to working on the defensive side also because that's where your main responsibilities lie."