Central Coast Mariners boss Mike Charlesworth has backed disgruntled A-League fans as they protest at their treatment by Football Federation Australia, insisting they are the game's “most important stakeholders”. 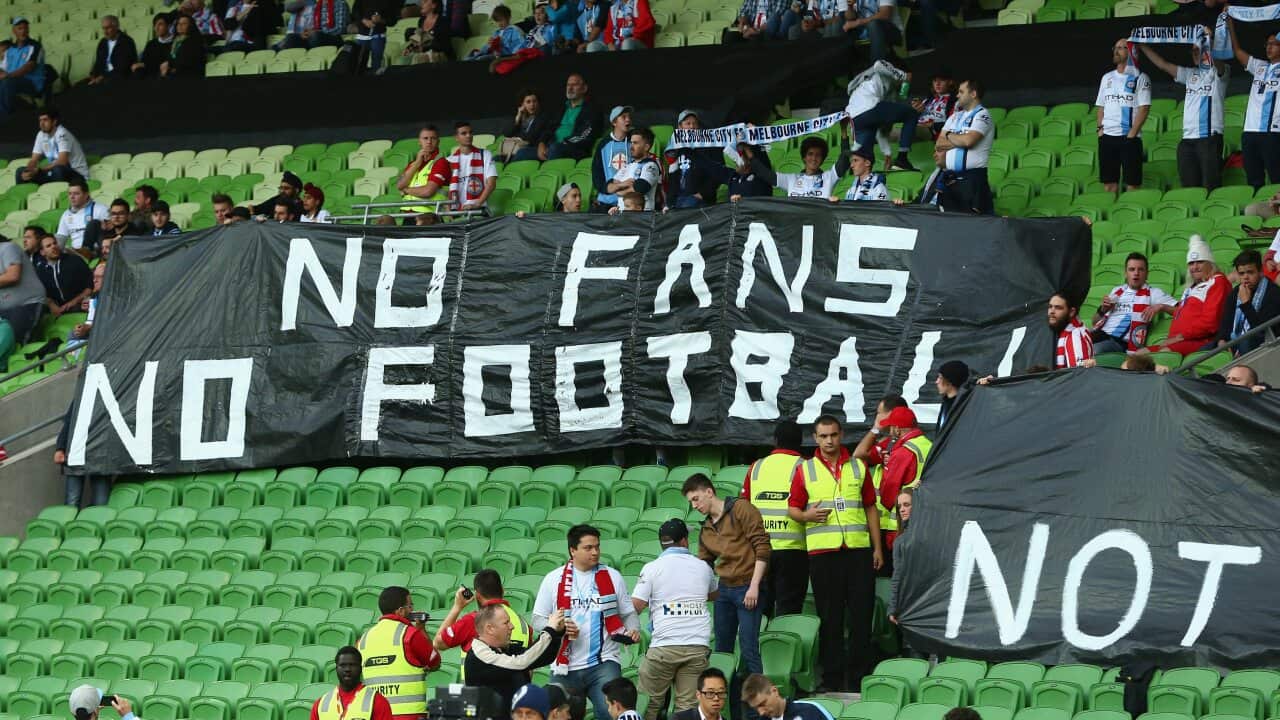 Advertisement
Speaking amid a wave of fan protests over the list of 198 banned football fans which was leaked to News Corporation, Charlesworth said “issues of anti-social behaviour had been blown complete out of proportion.”

While FFA has so far declined to speak out in support of fans under fire, despite a raft of privacy issues being breached, Charlesworth instead turned the blowtorch on rugby league, insisting: “There is probably more anti-social behaviour from rugby league players during a season than football fans, so we need to put things into perspective.

"There are certain sections of the media with an agenda and it's only right for fans to voice their concerns and protect their rights.

"They are the most important stakeholders football has and to single out a couple of minor incidents during a season is misleading and completely irresponsible. “

The Mariners take on Western Sydney Wanderers in Gosford on Sunday, with the visitor's active fans group – the Red and Black Bloc – declaring their intention to walk out en masse at some point during the game in protest at FFA’s perceived disregard of supporters.

Up to half the names leaked on the banned list were Wanderers fans, who until an about-face from FFA during the week, had been informed there was no right of appeal to bans many claim have been imposed on spurious grounds at best.

Charlesworth has nothing but admiration for the atmosphere generated by the Wanderland faithful, and is hoping that nobody is deterred from heading to Gosford amidst what amounts to a rebellion against the governing body’s lack of engagement with active fan groups throughout the league.

“We’ve never had any major issues from thousands of Wanderers fans visiting our stadium in the last three years and I appeal for everyone to come and experience a wonderful atmosphere and entertaining match this Sunday at Central Coast Stadium," he said.

"I would encourage Wanderers fans to come in even greater numbers than normal and frankly how they protest is up to them.

"Fans shouldn’t have their banners removed (as was the case in Melbourne City’s clash against Perth Glory on Friday night) unless messages are offensive.

"We should be encouraging more colour and vocal support just as you get across all the major leagues in the world."